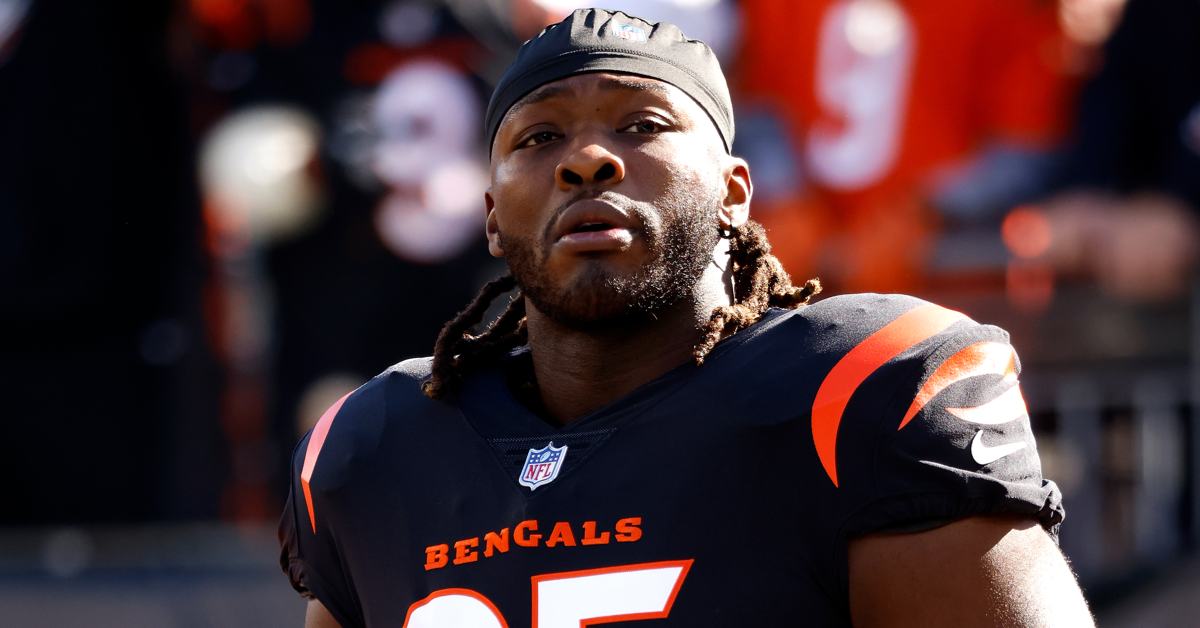 I’ve been straying away from what used to be my favorite Chinese food joint in recent years because of a change in management, but once in a while I find myself giving them another chance. That was the case last night, when they delivered an exceptional meal. Maybe they’re in a bounce back phase? I suppose this is why one should never totally give up on something they knew was once good. The rebound meal hits different.

•   We’ll follow the comings-and-goings of players visiting Halas Hall between now and the start of camp as part of that spring-into-summer roster churn that happens with the bottom third of every team. But just know that not every name to come through will be a notable one. For instance, Keith Kirkwood is someone who has never been on my radar. And yet, here he comes for a visit with Chicago’s football team:

•   On the one hand, who wouldn’t want to visit Chicago on a spring day with temperatures in the 80s? As an added bonus, Kirkwood is checking in with a receiver-needy team that has position battles that are open for someone to win. But on the other hand, part of me wishes the Bears were connected to someone with more than 13 games (1 start, 346 total offensive snaps) in four years of professional experience. Then again, maybe that special teams experience could be useful. In any case, I don’t imagine Kirkwood will be the last receiver checking in with the Bears between now and when camp starts. At least, I hope he isn’t.

•   Velus Jones Jr. — a Bears draft pick who plays receiver and can be an immediate special teams contributor — is celebrating a birthday today. Let’s celebrate with some highlights:

•   Jones is such an interesting draft choice for this Bears team. The potential to be an immediate contributor on special teams is evident. But there is an obvious fit for him lending a helping hand on the offensive side of the ball, too. It wouldn’t be in a high-volume capacity. However, Jones’ separation skills, tackle-breaking ability, and knack for making plays in the open field suggest that it would be worthwhile to scheme up some touches for the rookie. One of the previous regime’s biggest failures was in its inability to get the ball to playmakers in the most simple ways. Perhaps a new offensive play-caller and scheme will do things differently.

•   The Bears believe Jones has something special, writes 670 The Score’s Chris Emma. GM Ryan Poles says “there’s an aura about him.” I’d sure hope so if you’re using a a third-round draft pick on him? Joking lulz aside, I keep coming back to Jones’ production (first-team All-SEC return specialist), testing (4.31 second 40-yard dash time opens eyes), and athleticism scores as reasons that the roll of the dice with this particular pick is a risk worth taking.

•   And I still maintain that I have no concerns about Velus Jones Jr. being a 25-year-old rookie:

Age is just a number? https://t.co/YCHKw9MVwa

•   Just think of the potential:

“You can do different things with him,” Poles said. “You can put him in different areas — backfield, slot, run cool plays with him, misdirections. And again, that’s a pain for a defense – not only like on game day but to prepare for. You have to take the extra step to understand who he is, where he’s at, what do they run out of this. And then you can kind of tweak and change that week to week.

•   Having a game plan for how to use particular players in a given game plan based on each game? What a concept!

•   It’s hard not to love a guy with his much confidence:

#Bears WR Velus Jones Jr: "There's not many people in this past draft that have my skill set. That can do what I do." @ParkinsSpiegel

Bears WR Velus Jones Jr. says his goal in the NFL is "The gold jacket." @ParkinsSpiegel

•   Some love for Chase Allen, the Iowa State product who Bleacher Report’s Brent Sobleski believes is the UDFA most likely to make the Bears’ season-opening roster. I’m unsure of what Allen’s role could be in this offense, as he plays a similar style to what Cole Kmet brings to the table. Like Kmet, Allen is in the mold of a traditional “Y” tight end whose strengths include a willingness and ability to support as a run blocker, as well as potential to make use of a 6-6, 251-pound frame to be a red zone target. The Bears could use as many big bodies as they can get in the red zone. But they also need players who can help get them there in the first place.

•   The training camp battles between the WRs and DBs will be a treat because there are so many unknowns. And there are so many players who have so much to work for as they try to make a good impression and earn a job on the season-opening roster. It should make for a fascinating watch.

•   A brief acquaintance made a trip to New York for a visit with the Jets:

•   We don’t know when they’ll play, but the Bears and Jets will square off at some point during the 2022 NFL season. And while I’m not saying that Larry Ogunjobi would pick his next team with the intent of sticking it to the Bears, I’ve heard of crazier reasons why players join certain teams. A potential Ogunjobi revenge game exists somewhere if the ball bounces the right way.

•   Here’s hoping folks took some time to read the letter Tarik Cohen wrote to his younger self. There is some powerful stuff the former Bears running back shares. ICYMI:

“Nothing I can write in this letter could possibly prepare you for everything that is about to happen.”@TarikCohen pens a letter to his younger self. https://t.co/IFaYEX8QjV

Now that the Draft Lottery is in the books, which picks do the #Blackhawks own in the 2022 NHL Draft?https://t.co/0vTiwSMDqM pic.twitter.com/ExRbuZxn2O

•   At least the South Bend Cubs are having fun:

Yes, we’ve seen the report about Zach LaVine being “in play” for other teams this summer: https://t.co/MJmvcRoNJi pic.twitter.com/8rzE2JJ1LV