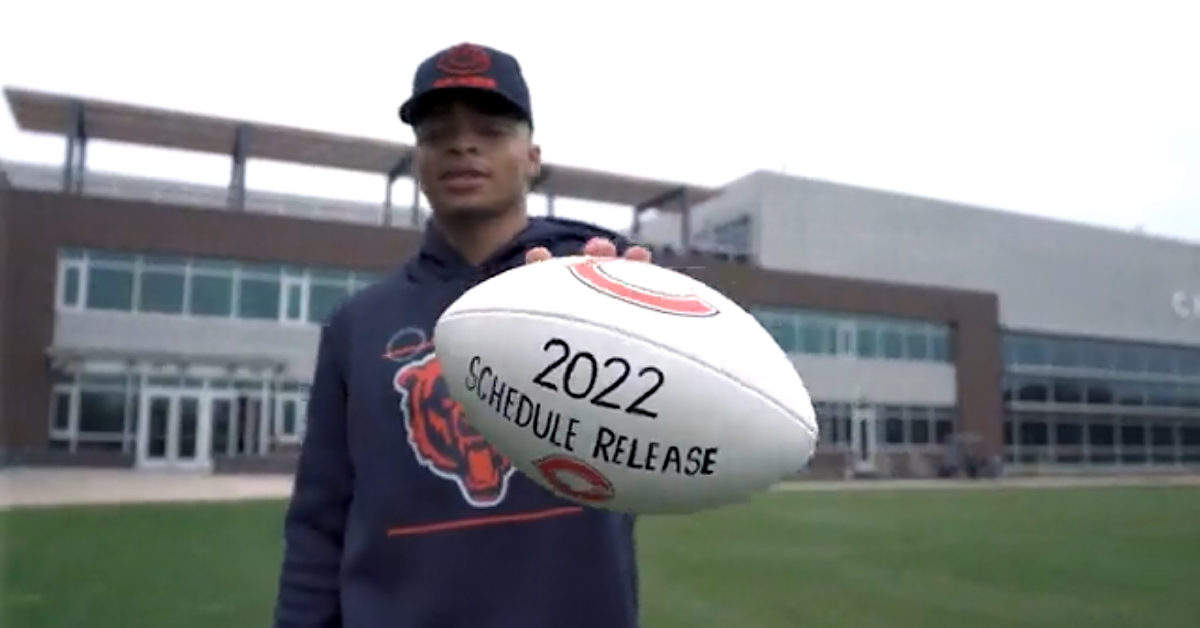 The 2022 Chicago Bears schedule reveal with dates and times to go along with the opponents (which we already knew).

Note: TNF games will be carried locally in Chicago on an over-the-air network to be announced later.

•   What game are you most looking forward to? Atlanta and Dallas are premier destinations with new stadiums. Surely, the Bears will send their best and brightest to evaluate two of the NFL’s crown jewel stadiums.

•   The league, its networks, and sponsors love the Chicago media market. They know die-hard Bears fans will always tune in to watch their team. Moreover, they know enough casual football fans will turn on to see how Chicago’s football team is faring — no matter how bad things look. Seeing the Bears get three primetime games in the first half of the year tells me that the league wants to showcase this team, but wants to do so before it faces postseason elimination. And if the Bears inexplicably end up beating expectations, they can always be flexed into primetime later in the year.

•   Fun fact: The Bears will play 12 games against 9 opponents who finished 16th or worse in Football Outsiders’ defensive DVOA rankings. This includes two games against the Vikings (16th), Packers (22nd), and Lions (29th). Sure, these squads have made changes. But there are still games against the Giants (18th), Texans (23rd), Eagles (25th), Commanders (27th), Falcons (30th), and Jets (32nd). I think we’ll learn something about Justin Fields when it’s all said and done this year.

•   In search of a revenge game? Look no further than that Falcons showdown:

•   So … how many wins do we have on tap? DraftKings Sports Book set the over/under for Bears win total at 6.5. Do we see 7+ wins? Or is this destined to be a year in which we ride the struggle bus? Kickoff is coming.