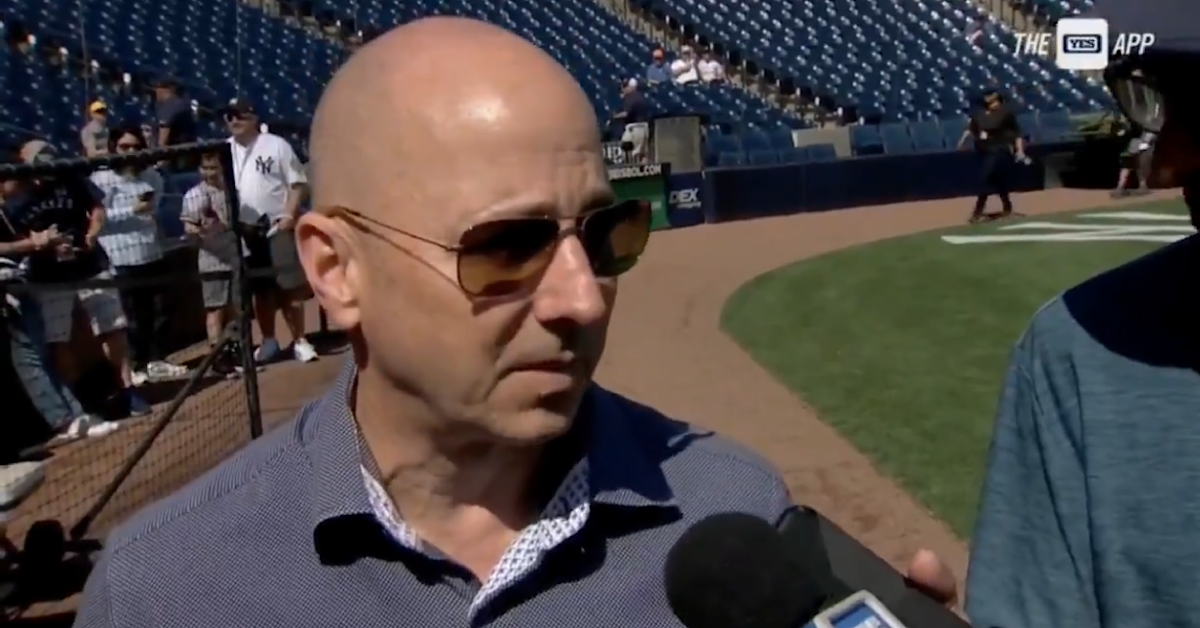 On the field, this weekend’s set between the Yankees and White Sox features a pair of teams jockeying for position as the favorites to capture the American League pennant. Off it, a more important gathering is taking place.

ESPN MLB reporter Marly Rivera reports that while Yankees GM Brian Cashman is in Chicago for the weekend, he’ll be spending some time with Ryan Poles — his Chicago Bears counterpart. It’s a meeting of the minds leading two of the American sports landscape’s most iconic franchise:

#Yankees GM Brian Cashman is in Chicago not only for the White Sox series, but also to spend some time with the new GM of the ⁦@ChicagoBears⁩, 36-year-old Ryan Poles. In 1998, at 31, Cashman became the second-youngest GM in MLB history. Poles…https://t.co/jFqsR1VjQP

So long as Cashman isn’t trying to lure Poles away to work for the Evil Empire, that is pretty neat. I hope they hash it over some tavern-cut pizza (which is far superior to its New York counterpart), a Chicago dog (which doesn’t feature sauerkraut that makes you go bleh), and wash it down with some Half Acre brews. Maybe grab some Eli’s Cheesecake, which has the upper hand on whatever New York has to offer in that department. Just do as Chicagoans would do on a summer weekend in the city if they were hosting friends from out east. That would certainly be a treat.

Getting some perspective from someone as successful as Cashman could have its perks. There is no shame in reaching out to the best in the business. Especially when they’re in town and can boast a handful of World Series trophies and the last modern MLB dynasty. And it could definitely be worthwhile from Poles to hear from Cashman, who was once in Poles’ shoes. As noted above by Rivera, Cashman was MLB’s second-youngest GM in baseball history when beginning at age 31 in 1998. That is a gnarly feat on its own, but to do it for a prestigious franchise like the Yankees amplifies it. Poles is in a similar boat in Chicago. Because not only is he a young buck at the position, he is getting after it for the Chicago Freaking Bears.

No matter what the win-loss columns say, the Bears are the Bears. This is a franchise steeped in tradition. Ideally, Poles is the man who restores this team to its prior glory so fans won’t have to reach back to “the good old days” when discussing happy times surrounding their football team. So if Cashman has anything worthwhile to offer, I hope Poles is taking copious notes. Bonus points of Cashman has contacts to any receivers or offensive linemen. What’s Aaron Judge doing in October anyway? I hear he’s a free agent soon. Just saying…

Every Cubs Team Won, Including (Not a Typo) an Improbable SEVEN-GAME Series Sweep