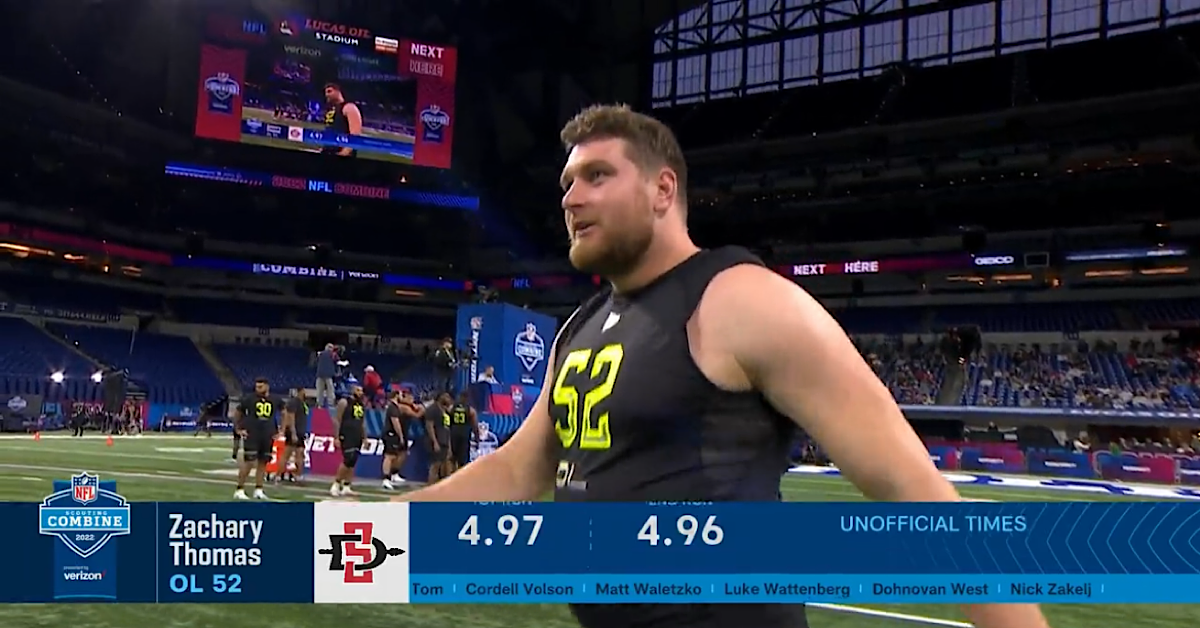 Rookie contracts are pretty uniform across the board in the NFL. So, perhaps unsurprisingly, the Bears have been moving swiftly to sign their guys. And with 11 picks to work through, they’ve been busy.

But here we are on Monday with the Bears announcing their eighth draft-pick signing:

The 186th overall pick in the 2022 NFL Draft, Zachary Thomas was one of four (!) offensive linemen chosen in Ryan Poles’ first draft as Chicago’s GM. An offensive tackle who was first-team All-Mountain West last year at San Diego State, Thomas projects to move inside to guard at the next level. And for what it’s worth, Thomas took some collegiate reps at guard. At least the new position won’t be completely foreign to the new guy.