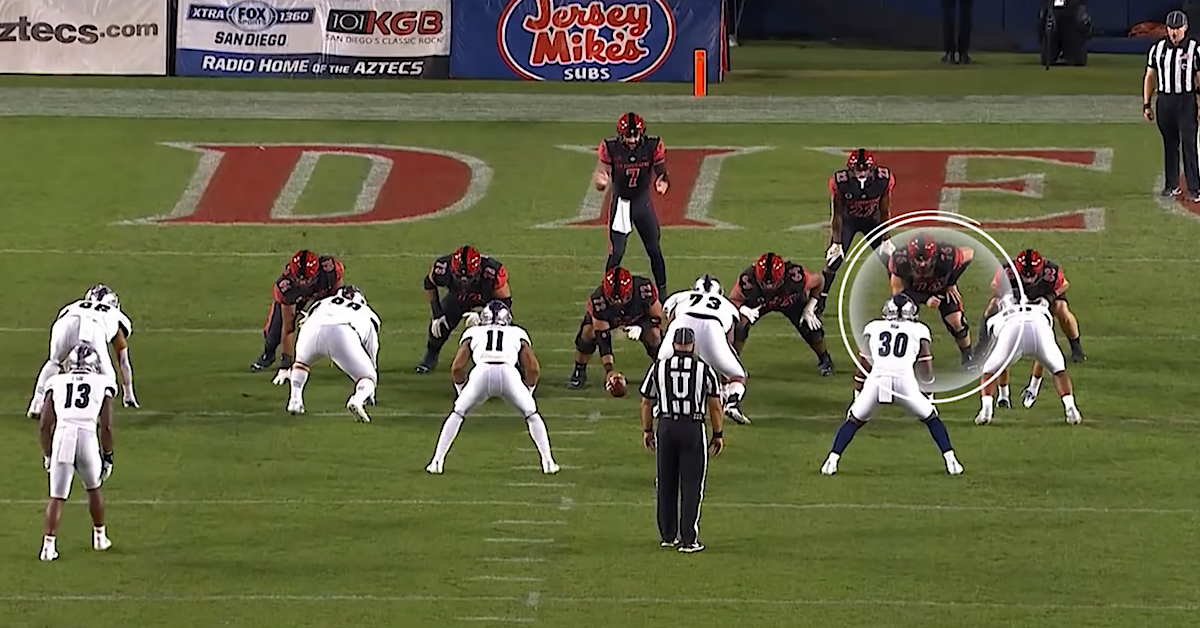 The Chicago Bears entered NFL Draft weekend with six picks and countless needs. And while they didn’t plug every hole, making 11 picks during the draft helped first-year GM Ryan Poles chip away at his roster-building challenge. We’ll meet the Bears’ 11 draft picks, get to know a bit about their past, and where they project to go moving forward.

Relative Athletic Score grades player measurements on a 0-10 scale and compares them to their contemporaries. It is a unique way to give some of these prospects some more depth and perspective.

•   “Athleticism and body control to stay connected to the block.” … As we see with the athleticism score above, there’s much to love from that standpoint.

•   “Comes off the snap with excellent pad level.” …  This is a good strength to have as a developing lineman.

•   “Broad across his upper body, with room for more muscle.” … I guess weight training staff could mold him into something more.

•   “Lacks explosiveness into contact.” … All right, so there is athleticism, but minimal explosion. Weird, but I get it.

•   “Hand placement can get away from him.” … Sounds like something for the coaching staff to work on.

•   “Plays with lunge when climbing up to linebackers.” … Can’t afford to do that at the next level.

Developmental lineman with the potential to start as a rookie if he can win a potential open competition at right guard.

Thomas checks some boxes that should make you raise your eyebrows. Firstly, he has starting experience all over the line. The San Diego State product played guard and both tackle spots at SDSU, which is impressive in its own right. That versatility could come in handy at the NFL level, where Thomas could play his way into a swingman role.

Secondly, he has this going for him on his résumé:

Keeping up with this trend would surely help his cause.

Expecting a rookie who was a Day 3 draft pick to start would be a mistake. But there is a starting role for the taking at right guard. Why can’t it be Thomas? Surely, an offensive lineman with years of starting experience and with game tape that showed him excelling at tackle could make it easy to project Thomas as a starting right guard at some point during his rookie season. Admittedly, plenty of things need to go his way. But turning a Day 3 project into an early starter isn’t a complete stretch. After all, the Bears have done well in recent years turning picks from Rounds 4-7 into immediate contributors.

For instance, receiver Darnell Mooney (5th rd, 2020), Bilal Nichols (5th rd, 2018), Eddie Jackson (4th rd, 2017), Jordan Howard (5th rd, 2016), and Adrian Amos (5th rd, 2015) are among the standouts. And while I realize the general manager and head coaches who were instrumental in putting these players in positions to play a role right away, I can’t help but wonder if the scouting department that didn’t get turned over until after the 2022 NFL Draft can turn up one more gem.

More specifically, I wonder if Thomas could be that gem.

Unfortunately, the bad news is that recent history doesn’t reflect kindly on the Bears’ recent endeavors in drafting late-round linemen. Because while we can point to Charles Leno Jr. (7th rd, 2014) and Jordan Mills (5th rd, 2013) as examples of late-round Bears picks who had staying power as starters in the league, the most recent swings have been futile hacks from Chicago’s front office.

Arlington Hambright (a 2020 Bears seventh-rounder) is already on his second team (Patriots). Fellow 2020 seventh-round choice Lachavious Simmons is best known for being thrust into a starting role he wasn’t prepared to take on. haven’t done much in their careers to this point. Jordan Morgan hasn’t played a single down since being a fifth-round pick in 2017. And Tayo Fabuluje (6th round, 2015) rounds out the Ryan Pace era picks of late-round linemen. It isn’t a group that provides much inspiration. But who’s to say Thomas can’t break the mold? In other words, I certainly won’t bet against him on the basis that it didn’t happen for Hambright, Simmons, Morgan, Fabuluje, and others.