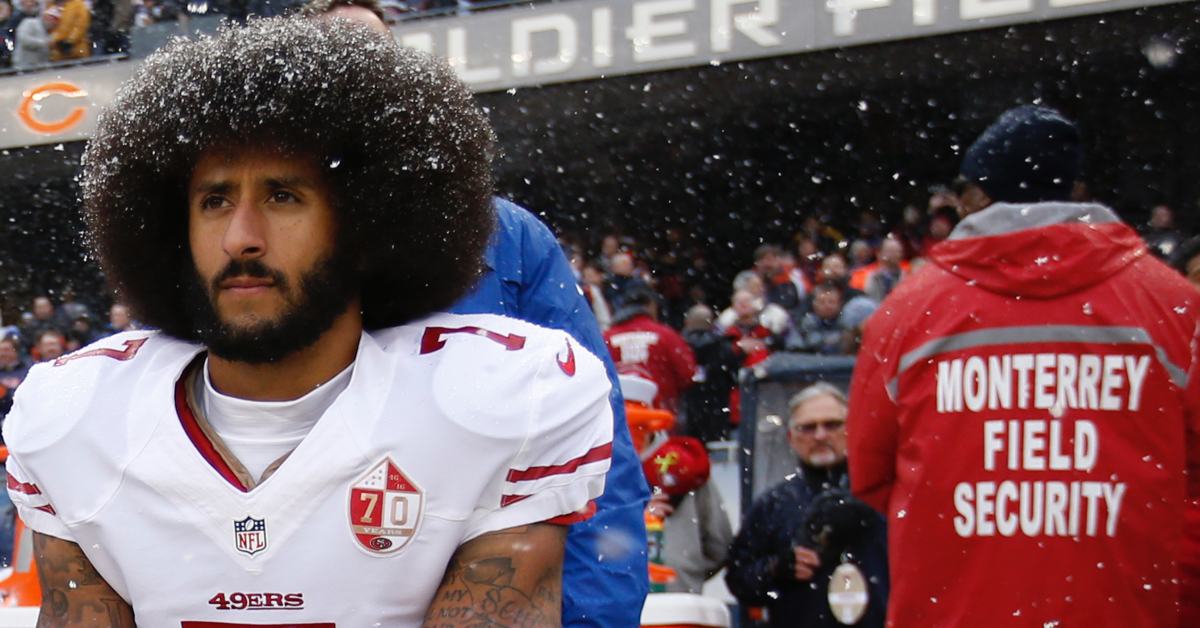 The Chicago Bears quarterback room is settled. Justin Fields is at the top as the unquestioned QB1. Trevor Siemian is his backup. And Nathan Peterman (yeah, seriously) checks in as the third-stringer. And while I wish there was room to add another body to the mix, it just isn’t feasible.

However, not every team has their backup QB spots locked in the way the Bears do. Which is why my eyes bulged out of their sockets when I saw these push notifications back-to-back:

More on Colin Kaepernick working work out this week for the Las Vegas Raiders:https://t.co/spFaUgTDDE

The Raiders are hosting Colin Kaepernick for a tryout.

It is his first NFL team tryout in years. Kaepernick, who has had individual showcases here and there, hasn’t taken an NFL snap since the end of the 2016 season. Since then, Kaepernick has been on the outside looking in at pro football quarterback gigs. His absence coincides with his kneeling during the national anthem as a protest to racial injustice in America. But as the NFL has begun to lean into trying to put a good public face (led by a remorseful Roger Goodell) and fight alongside Kaepernick in bringing attention to the issues he had been trying to highlight years ago, it has felt that it was only a matter of time before a team gave him a shot. And that team is the Raiders. I can’t say I saw that one coming. Good for them.

And yet, part of me wishes the Bears could’ve been in the mix for Kaepernick. He spent time working out with Justin Fields this offseason, and Fields seemed to give a ringing endorsement of the former 49ers’ starting QB. Had the Bears not moved as quickly as they did to bring Trevor Siemian into the mix, I’d probably be banging the table to check in with Kaepernick. Given his history as a quarterback with mobility, I thought bringing in someone like Kaepernick could’ve been beneficial for Chicago’s quarterbacks room. Even if Kaepernick, now 34, isn’t the nimble runner he was when he last took the field, I can’t help but think that his experience could be valuable.

And if all else fails, surely Kaepernick could’ve given Fields and the Bears some tips on beating the Packers. Remember, Kaepernick is 3-1 against Green Bay as a starter — including two wins in playoff games. The Bears have just three wins against the Packers since the calendar turned to 2011. Ouch.