Must Watch: A Behind the Scenes Look at the First Steps of the Bears Rebuilding Process
Search
Skip to content 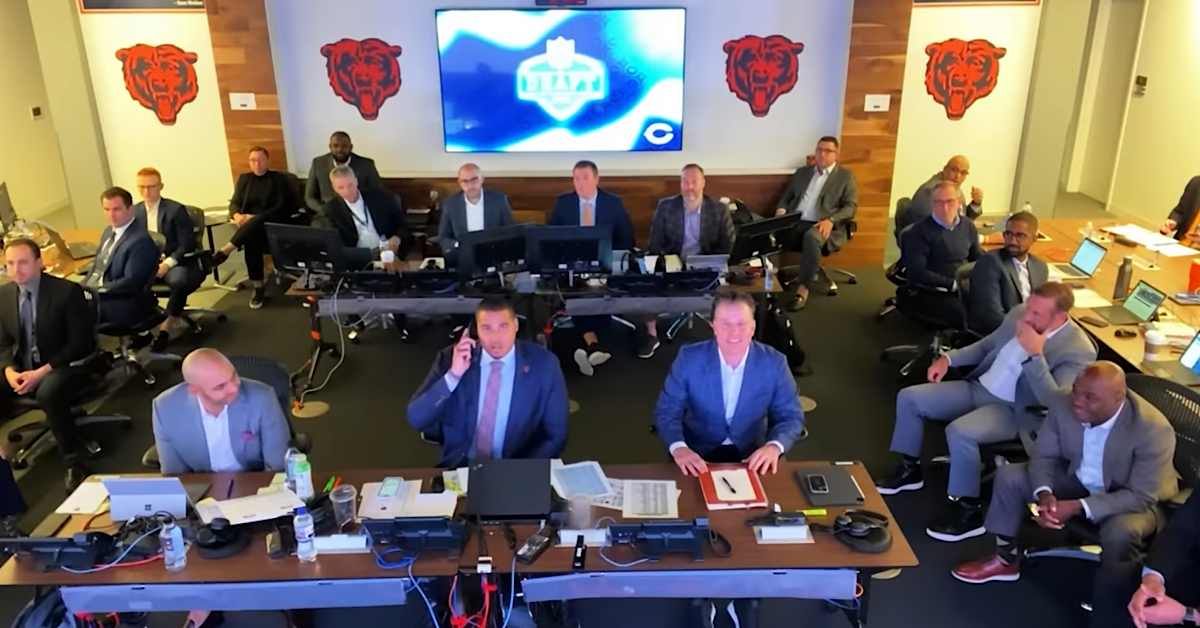 I needed a palate cleanser after that Cubs-Reds game got out of hand quickly after that 3-0 lead turned into a 10-3 deficit in the blink of an eye.

And if you’re looking for one, don’t worry. I’ve got you covered.

The Chicago Bears just dropped a new episode of 1920 Football Drive. And this installment provides a bunch of behind-the-scenes footage of the early stages of the Ryan Poles-Matt Eberflus era rebuild.

This one is a doozy. It features Poles, Eberflus, assistant GM Ian Cunningham, and a slew of scouts. There are intriguing cameos. New defensive tackle Justin Jones, QBs Coach Andrew Janocko, and other newcomers to the Halas Hall scene. Footage from pro days, the Combine, and voluntary workouts give depth and context to what this offseason has entailed for so many. And it is about a 25-minute watch, which might seem like a bit much. However, this is what you’re looking for if you are craving the consumption of football things.

There is so much good stuff in that 25 minutes; I’d recommend watching it from front to back. But if you want to jump around, I wouldn’t blame you. I hope the Bears do more of these moving forward. That is to say that I hope that Poles, Eberflus, and others continue to crack the window open more and more — even if it is ever so slightly to let Bears fans in for a look at what could be a fascinating building process for this new regime.