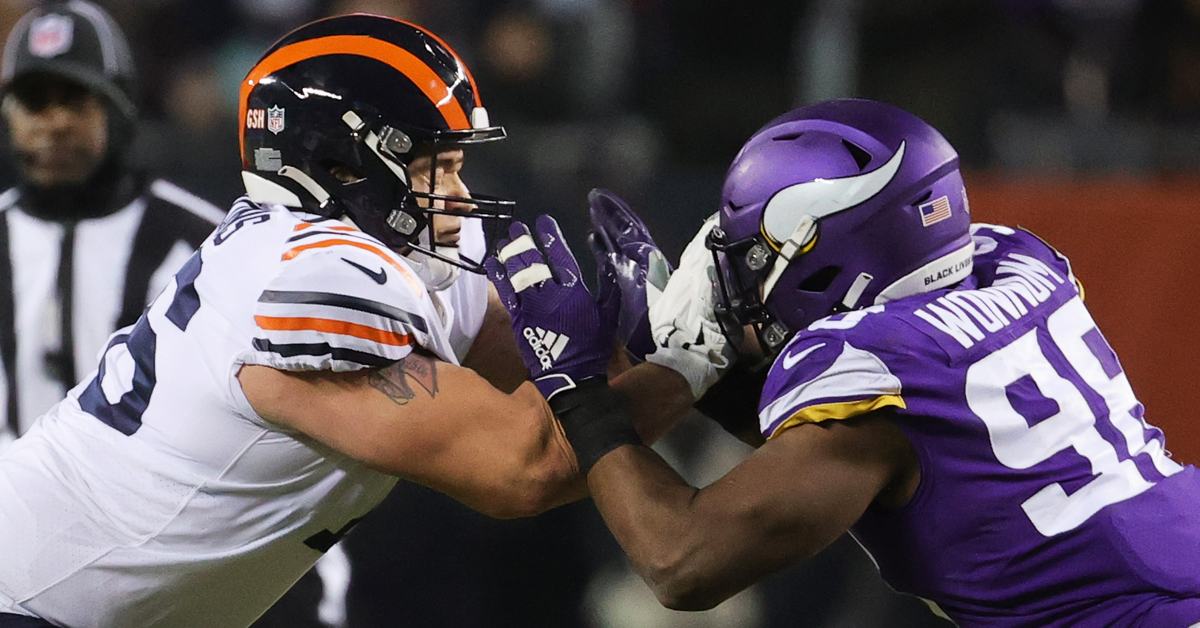 So … when are we getting the Kenobi drop? Is it when it officially becomes May 27 at midnight ET, which makes it 11 p.m. CT? Or do I have to wait until 2 a.m. CT because — only at that point — will it be May 27 in the three time zones of the continental United States? If anyone can answer that question, ping me on Twitter. Bonus points if you have a Bears question you want me to answer.

•   I don’t want to get too ahead of my skis when it comes to a young player’s advancing development, but it sure looks like things are pointing toward Cole Kmet taking another step forward. At minimum, it appears as if Kmet will have ample opportunity to take that step. The Bears didn’t address their pass-catching needs with the oomph one might’ve been expecting from a franchise needing to figure out what it has in its second-year quarterback. And the tight ends the front office brought in (Ryan Griffin, James O’Shaughnessy) are veterans whose experience mostly comes as blockers at the “Y” spot. So, why can’t Kmet — who is re-enrolling in TE University in June — take advantage of this and have a breakout year?

•   The name-checks here have my attention:

Cole Kmet has wide eyes when it comes to how the Bears new offense could open a window of opportunity for him in 2022.

•   I’m here for Kmet playing to a favorable Robert Tonyan comp. Like Tonyan, Kmet has a big body that should help him catch passes in traffic. But unlike Tonyan, Kmet hasn’t been able to produce those types of plays with consistency. Part of that has to do with offensive play calling and quarterback inefficiencies. But some of it is on Kmet, who still needs to smooth out areas of his game much like most developing tight ends. Even still … this has the makings of an impact year for Kmet (but only if he takes advantage of what could be ahead for him).

•   On the other hand, so I refuse to make comparisons to George Kittle. Putting that level of expectation on any tight end is unfair on so many levels. But it will be interesting to see how a new offensive braintrust deploys Kmet. Because for an offense that was obsessing over the tight end, Matt Nagy’s scheme didn’t churn out the results anyone was looking for from players at the position.

•   Josh Schrock (NBC Sports Chicago) threads the needle when it comes to Jaylon Johnson (who, like Kmet, was a Bears 2020 second-round draft pick). Schrock explores why Johnson playing with the second-team defense earlier this week isn’t a big deal. And the core of his argument is sound. Johnson is an established starter who figures to be a leader on Chicago’s defense. But with great talent comes lofty expectations.

•   It is fair to assume first-year Bears Head Coach Matt Eberflus believes Johnson is a true CB1. And, thus has the chops to be a team leader. I can vibe with that. With that being said, a brief run with the 2’s is a sensible way to send a message without being a jerk about it. Tack on that Johnson was skipping out on some earlier voluntary offseason activities that might’ve caused his conditioning to not be where anyone wants it to be at this stage of the offseason program, then it makes even more sense to ease him into things. In the end, it feels like there are messages being sent from the Bears to Johnson. I want to see how he responds on the field.

•   Fresh starts and clean slates are all the rage at Halas Hall these days. Whether it is Johnson (who is working to prove himself all over again) or Eddie Jackson (looking to bounce-back) on defense or Teven Jenkins (who made radical changes in re-shaping his body in the offseason):

Teven Jenkins is healthy, rejuvenated and ready to prove his place with the Bears. https://t.co/bzinCG5or6

•   This is what it looks and sounds like when standout players chosen by the old regime have intentions to prove that they’re worth holding onto as building blocks for the next great Bears team. That’s good energy and vibes coming all around. More, please.

•   Do with this information what you will:

If you're looking to make a bet on next season's Super Bowl champion, I suggest picking a team from the Bears schedule.

They have faced the eventual SB winner in each season dating back to 2017.

•   One way to answer those questions would be by trading Kevin Durant to the Bulls to fulfill this prophecy:

•   This is relatable as a Bears fan who is following trade rumors rooted in the idea of trading productive players for future assets:

How Dylan Strome Can Help the #Blackhawks Rebuild In Or Out of Chicagohttps://t.co/AU2VJYeaTA pic.twitter.com/sagNDLsXeh