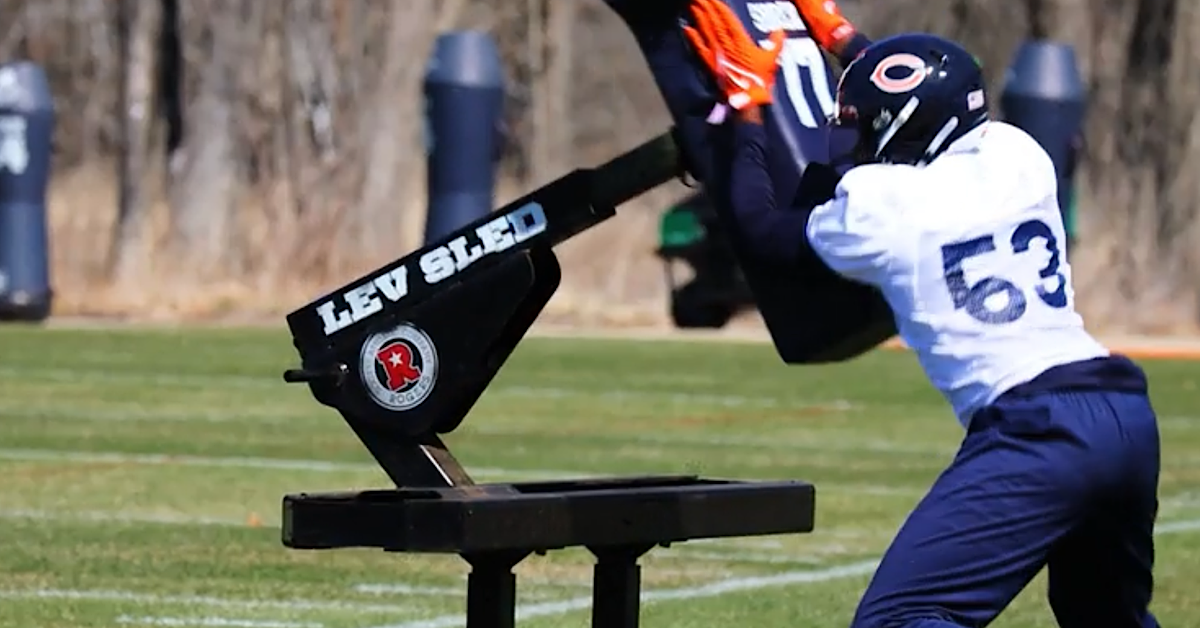 The White Sox are middling with a .500 record. Meanwhile, the Cubs appear to be positioning themselves for a midseason sell-off and a spot in MLB’s Draft lottery. And with that, we have an uninspiring Crosstown Classic on our hands. But I want everyone on their best behaviors this weekend. Remember, we have to come together this September to watch Justin Fields ball out on the rest of the league.

•   Apparently, fantasy football arguments can be dangerous even for pro baseball players:

Joc Pederson Explains What He Did in Fantasy Football That Led to Tommy Pham Slapping Him – https://t.co/qyScAuRND2 pic.twitter.com/aIQ9e1bs0S

•   What is it about Tommy Pham being in the middle of all sorts of random controversies? For instance, Pham offered to settle beef with Luke Voit at a local gym after his slide concussed Cincy’s catcher. In 2018, the outfielder was airing out Phamily business when he said publicly that a contract offer from the Cardinals didn’t show him enough appreciation. A year earlier, he awkwardly unfriended Ben Zobrist. And the Cardinals didn’t seem too fond of their outspoken outfielder, for whatever that is worth. A year later Pham had some candid commentary regarding how the team was treating him. Now we have fantasy football drama with a rival player. What’s next?

•   I wonder if Pham has strong feelings about Friday’s news regarding David Njoku’s extension with Cleveland. The Browns are reportedly giving Njoku a four-year extension worth more than $56 million. NFL Network insider Ian Rapoport reports the deal makes Njoku the fifth-highest paid tight end in football. Landing a $28 million guarantee on a deal that pays him north of $14 million per year is a nice get for a player who would’ve been on the Franchise Tag this season. And it is an especially good deal for a player whose career-best in receiving yards to this point is just 639 yards (a mark he hit in 2018) and who has just 15 touchdowns in five seasons. Maybe the Browns have bigger plans for Njoku moving forward, but that feels like a hefty price to pay for that type of tight end.

•   The Bears didn’t dip into the deep end of the tight end pool this offseason, which was a welcome change of pace. But seeing Njoku get his cash makes me wonder what things could look like for Cole Kmet in a few years. Kmet will be eligible for an extension after the 2022 season. So while Kmet hasn’t really shown enough for us to go down that rabbit hole, Njoku’s deal puts it on our radar for future consideration. What would Kmet have to do in order to garner consideration for that type of extension? Would this front office even consider doing it? There are so many intangibles to consider. It could be fun to follow if we get to that point. But it isn’t something to worry about right now.

•   Alex Kay (Bleacher Report) rolls through every NFL team’s most exciting offseason addition. As you might expect, cornerback Kyler Gordon is the pick-to-click for Chicago. Gordon is an easy selection. After all, he was the first pick of Ryan Poles’ tenure as general manager. And he is someone already creating a buzz at Halas Hall. But for me, it is more than that. Gordon has some real prospect steam. He was a standout player in a power conference for a school known for churning out stud DB talent. Gordon earned all-conference honors for his efforts and arrives with some serious swag. What’s not to love?

•   This quote from new LBs Coach Dave Borgonzi about the speed Roquan Smith and Nicholas Morrow bring to the table has my attention (via Josh Schrock of NBC Sports Chicago):

“I always joke with these guys, I pull up their 40 times when they came out of college. Roquan ran a 4.51 and Nick ran a 4.52, so they’re both fast,” linebackers coach Dave Borgonzi said Tuesday after the Bears’ fourth OTA practice. “I would say we have some of the fastest linebackers in the NFL, and that’s how I want them to play. That’s their timed speed, and that’s what we expect to see on the field. When they’re out there, they’re going to be fast, we’re going to play fast and we want to be able to run sideline to sideline.”

•   I don’t think I realized how much speed this defense brought on during the offseason. In addition to Morrow (4.51), the Bears also signed safety Dane Cruikshank (4.41) and cornerback Tavon Young (4.46) who’ve got some juice. They also took cornerback Kyler Gordon (4.52) and safety Jaquan Brisker (4.45) who can really scoot. Even defensive end Dominique Robinson (4.72) can move it for a big man. The NFL is getting bigger and faster with each year. That the Bears are loading up on speeders on defense figures to come in handy soon.

•   As part of the Chicago Sports Alliance, the Bears (along with the Bulls, Blackhawks, Cubs, and Sox) announced a donation to a national anti-gun violence advocacy organization in the wake of our nation’s latest tragedy:

•   His name is Jimmy G. Butler, and the “G” stands for “Going to Game 7 in the Eastern Conference Finals” after Friday night’s performance:

NBA Playoffs Update: Jimmy Butler Wills the Heat to Victory and a Game 7 in the Eastern Conference Finals – https://t.co/ytCKz4Q4Zt pic.twitter.com/Py4qpm9ZpO

•   Steve Larmer is an all-timer. Maybe it is time to give him the prestigious honor of making sure no one wears his sweater number again:

It’s Time for the Blackhawks to #Retire28 for Steve Larmerhttps://t.co/hJVM7o9VaC pic.twitter.com/VSgo6ZvK4N