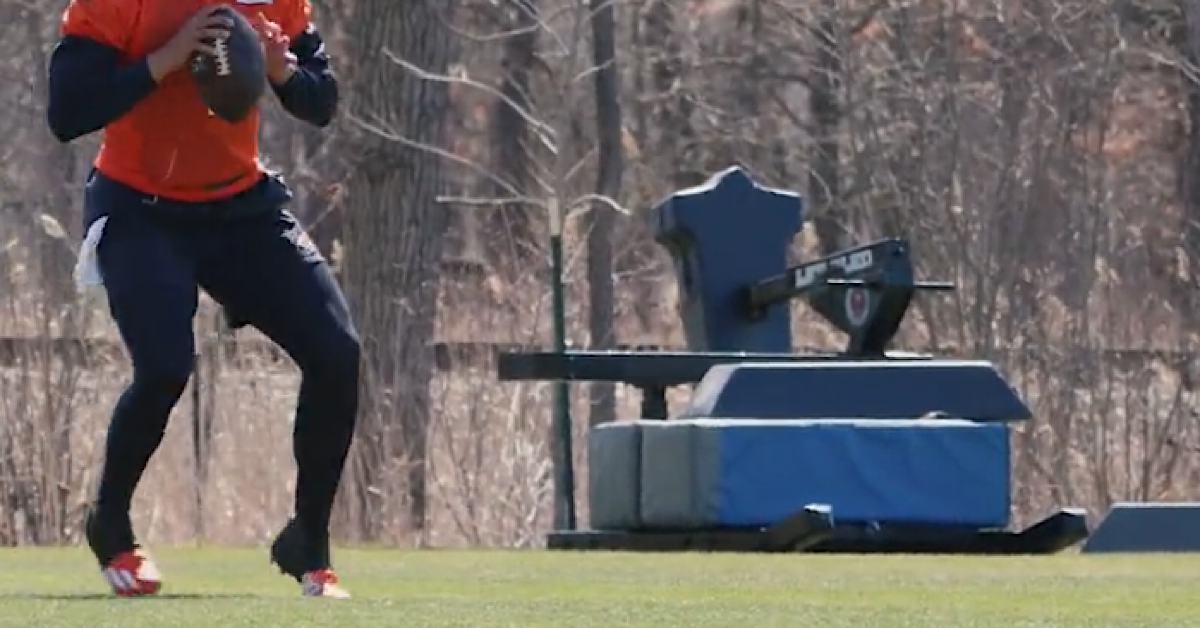 I’ve been playing the heck out of Pusha T’s “It’s Almost Dry” album. So much so, I only now realize I haven’t given Kendrick Lamar’s “Mr. Morale & The Big Steppers” a full listen yet. Maybe I should get around to changing that before the long weekend is over.

•   This is one of the nerdiest (and coolest!) things I’ve ever seen:

He averaged 5.5 YPC, easily leading the NFL, while also leading the league in carries with 339.

This graph shows carries (X-Axis) and YPC (Y-Axis): can you find Payton? pic.twitter.com/Ox9Gl2Qgu9

•   Walter Payton sure was something else. It’s not just that he piled up yards on a bunch of carries. But he was chugging through, around, and (in some cases) flying above opponents. Sometimes, I get caught down the rabbit hole watching Payton highlights and I wonder what it would’ve been like owning him on a fantasy team. And looking at the graph above makes me wonder what it would’ve been like to have Payton on the squad in 1977. To that end, Pro Football Reference calculates that Payton’s 1977 would’ve been Payton’s best scoring season. In 1977, Payton was fantasy football’s RB1 and overall player. In other words, he would’ve probably won you the league on his own. Imagine having that keeper on your squad every year for the entirety of his career…

•   We’ll never see backs perform like that in this or any other NFL uniform. Unless some brave soul in the league really zags and turns back the clock while everyone is zigging with the passing game, I think we’ll continue to see teams churn and burn through backfields. Nevertheless, I’m pulling for someone on the Bears to be fantasy relevant in 2022. I thought David Montgomery could’ve been a top-10 running back lat year, but I think mid-season injuries took a toll on him. Darnell Mooney certainly established himself as a receiver you’ll want on your team. However, I wonder how defenses will change without Allen Robinson II lining up on the other side. And I’m not sure this is the best year to own the Bears defense. Although, that schedule (which projects to be the second-easiest) might make the possibility more enticing.

•   I’m #NotAScout, but I do see changes in Justin Fields’ mechanics in this clip:

•   Maybe it’s just me (and a conversation I had with a friend, who is also #NotAScout) but Fields’ leg actions seem shorter. The footwork reminds me more of a shortstop throwing (shorter, quicker stride) than a pitcher (longer strides). Fields was a baseball player in his younger years. So perhaps channeling that muscle memory could be something aiding him through the mechanical re-tooling process? We’ve seen how Patrick Mahomes uses his baseball background to his benefit. Just saying…

•   Hey, perhaps Fields is Chicago football’s breakout fantasy player! After all, who doesn’t want a QB with dual threat potential?

•   Hmm … PFF’s Ben Linsley lists Jaylon Johnson, Darnell Mooney, and Roquan Smith as the Bears’ three best players for the year ahead. That’s quite the snub of Fields. But also … I suppose the argument for leaving him on the outside looking in is that he hasn’t proven himself to the level that Mooney, Smith, and Johnson have to this point of their respective careers. Even still … I don’t love the Bears being one of 20 teams to not have their quarterback rank among their top-3 players. Then again, if Fields joins the list next year, then I’d bet on that Bears core being one of the better ones in the league.

•   Of the 20 teams that didn’t have a quarterback listed among its top-3 players, 14 didn’t make the playoffs last year. So I suppose we can make a case there is some correlation between good teams having quarterbacks. But also, we should consider the Rams, Eagles, Steelers, Niners, Titans, and Cowboys quarterbacks didn’t make their respective teams top-3 players — and all were in the playoffs. The Rams won the Super Bowl and the Niners could’ve been in The Big Game had they not coughed up a fourth-quarter lead in the NFC Championship. This suggests to me that building a well-rounded team still has value in a QB-driven league. Kinda puts Ryan Poles’ first offseason in a different perspective, doesn’t it?

•   That Joc Pederson-Tommy Pham fantasy beef is something straight out of a TV sitcom:

Joc showed up with receipts of the fantasy football group chat with Tommy Pham, which included a GIF making fun of the Padres last season pic.twitter.com/rCYbFRdwA8

Trae Young Thought He Could be Going to the Bulls on Draft Nighthttps://t.co/q3RWKhN6mX pic.twitter.com/jxAt8utXza

•   There is still time to vote in this poll: