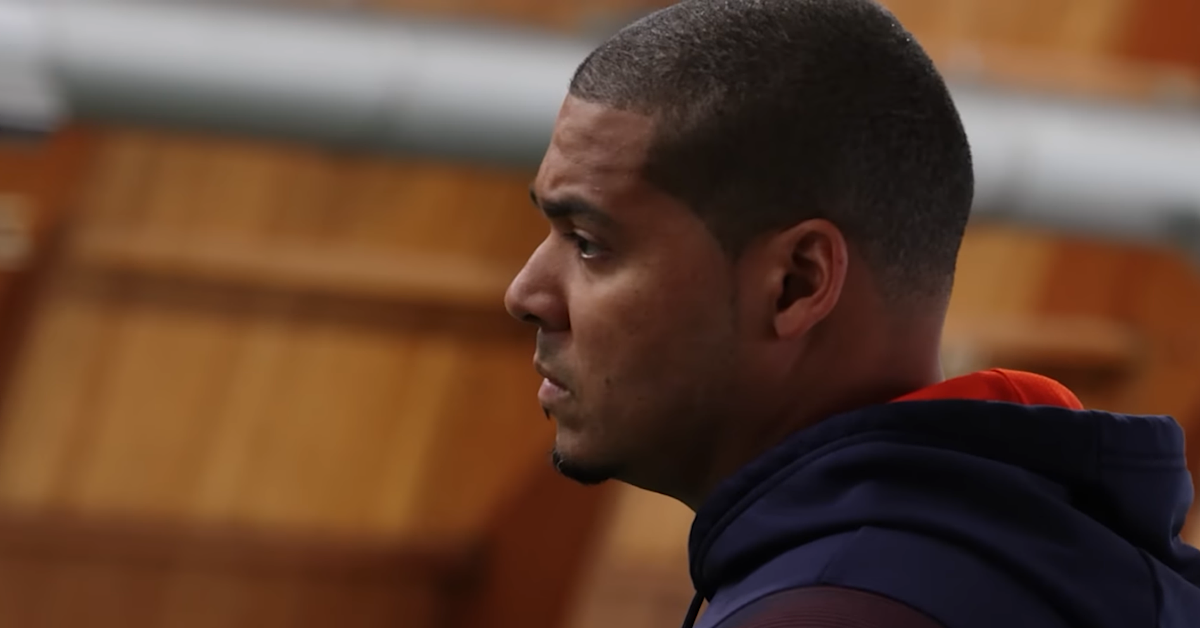 Rookie Caleb Kilian makes his Cubs debut today. And with rain the forecast, I feel like this afternoon presents a grand opportunity to see if prices on the secondary market dip into a level where I’m comfortable buying. Let’s play two!

Which teams have had the oldest and youngest initial 53 over the last nine seasons?

•   Oof. The Bears have been on the older side of things for a minute. But it makes sense. This has been a franchise trying to push through win-now windows (even through decline phases). And maybe that is what makes some of the early goings of the Ryan Poles era so jarring at times. We, as fans, are accustomed to seeing the powers that be try “win now” tactics — often tat the expense of the bigger picture. But that isn’t how Poles went about his offseason. Perhaps he saw the 2021 campaign as the beginning of an end. And instead of attempting to patch it together, Poles made the decision to start anew.

•   It is worth noting that the following Bears are the only ones who are 30 or older:

That’s it. The Bears are clearly trying to skew younger. Frankly, it is about darn time.

•   Think about where the Bears were at this time last year. More specifically, recall that they were both old and expensive. It hasn’t been an easy roster turnover. Heck, it isn’t even near being done. But all of this sure seems necessary after the results did not match what was put into this team.

•   Of course, this doesn’t mean the Bears should completely stray from players on the “wrong” side of 30. If there is a fit, they should explore it. But paying for veterans on the decline isn’t something that appears to appeal to this front office, which seems to be more willing to take a risk on unproven players who might have unseen potential. Which reminds me that this is a clear departure from how Ryan Pace was operating the last few years. It sure is refreshing, even if we are unsure of how it’ll look on the other side.

•   Doug Kramer, the Illinois product who was one of the eleventybillion Day 3 picks made by the Bears, is celebrating a birthday today. And I remain fascinated by what could happen at center when training camp rolls around.

•   Don’t get me wrong. I don’t love the uncertainty when it comes to the offensive line. However, I’m totally into the competition that is bubbling underneath the surface of the uncertainty. Cody Whitehair and Lucas Patrick are locks to start. But everything else feels like it has the potential to be a game of musical chairs, but with massive humans moving around. Kramer, Sam Mustipher, Dakota Dozier, Ja’Tyre Carter, Zachary Thomas, Willie Wright, Braxton Jones, and Lachavious Simmons represent a glob of linemen essentially on even footing who are vying for extended playing time. Let the best man win!

•   Maybe it’s because I’m dreaming on a June day, but I’m not ruling out anyone from winning a starting spot. Remember, we saw Sam Mustipher climb the ranks from UDFA practice squad member to starting center. Obviously, it was a different time and regime, but there are some “anything can happen” vibes with a new scheme, coaching staff, and ideology at Halas Hall.

•   On the other side of the line, we are Trevis Gipson days away from the Bears kicking off their season. The 2020 fifth-round pick has shown some flashes:

Trevis Gipson introduces Penei Sewell to his signature inside swim move for the sack. Gipson was a man on a mission Sunday. Excited to see how he grows on his performance from Sunday. #Bears pic.twitter.com/03eFFkGsP7

Trevis Gipson with some #PeanutPunch🥜🥊 action to force a turnover. pic.twitter.com/ZCjHEPNwBS

With the retirements of Frank Gore and Ryan Fitzpatrick, only one player from the 2005 draft is under contract in the NFL for the 2022 season. He’s the reigning back to back MVP @AaronRodgers12 pic.twitter.com/jG2coNZpUT

•   Deshaun Watson’s situation in Cleveland grows more complicated with each day that passes as another lawsuit appears to be coming:

Lawsuit No. 24 will be filed against Deshaun Watson on Monday. Barring settlements, there's no way these cases will be resolved before 2024. https://t.co/hfehlQr03V

•   The evolution of cities hosting the NFL Draft has been neat to follow:

This is a neat look behind the scenes at the NFL Draft that I hadn’t seen before today. https://t.co/F4gjniyPMY pic.twitter.com/3S7JBUp6Zb

•   Speaking of drafts, a group from 2018 isn’t living up to expectations:

•   What is even the NFL version of this?

•   This is how the Cubs will line up in the first game of a doubleheader against the Cardinals:

Chicago Cubs Game 1 Lineup: Willson Contreras is Back Behind the Plate! – https://t.co/JFuTnC3Mtj pic.twitter.com/HKPSbFvPuE