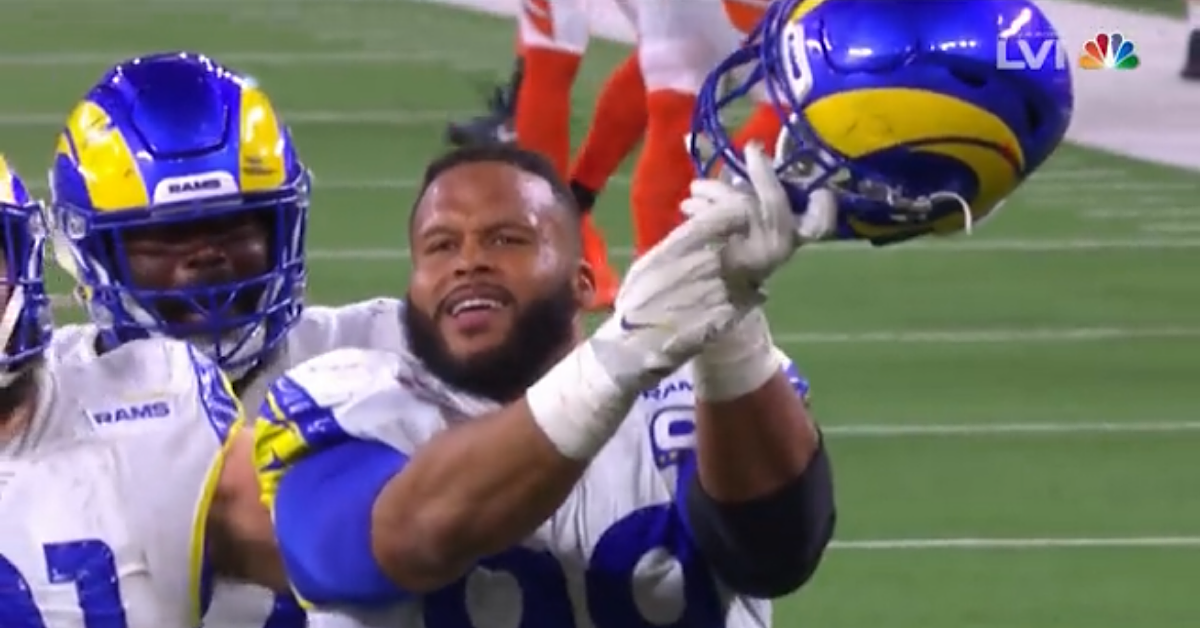 Shortly after Aaron Donald became the NFL’s highest-paid defensive player in 2018, Khalil Mack took the title after the Bears swung a bank-breaking deal and made him the top dog.

Since then, I’ve lost count of how many defensive players have surpassed both Donald *AND* Mack on the list of highly paid defenders. But today, Donald finds himself back at the top of the charts. It’s a well-earned pay increase for one of football’s best players,

Sources: The #Rams have re-worked All-World DT Aaron Donald’s 3 remaining contract years to give him a massive $40M raise through 2024, making him the highest paid non-QB in NFL history at 31 years old. He gets $95M(!) through 2024. pic.twitter.com/SoDRw4GHE4

No matter how you slice it, Donald is getting his. Whether it is two years on the extension, a raise of $40 million, or a whopping $95 million total as part of the deal, the eight-time Pro Bowler and seven-time first-team All-Pro is cashing in after another impressive season.

If there was any doubt that Donald would show up for camp, this new deal squashes it. And if you thought Donald was going to retire after winning a ring, that whole conversation is out the window. The Rams are running it back — and doing so with an all-world defender in the middle of their defense. Nothing like the rich getting richer to start your week.

I usually tend to look at these deals through the lens of how they could impact the Bears. But there is no defender like Donald. Not just on the Bears, but on this planet. I suppose we could view this as a deal that could raise the bar across the board for defenders. And in that case, I reckon we should keep in mind the potential trickle-down impact it could have on a possible Roquan Smith extension. Even still … those two players are in such different stratospheres, I can’t imagine there will be much of an influence.

But, hey, when one dude gets paid, the rest tend to follow. Good luck to teams with defensive players who want raises!