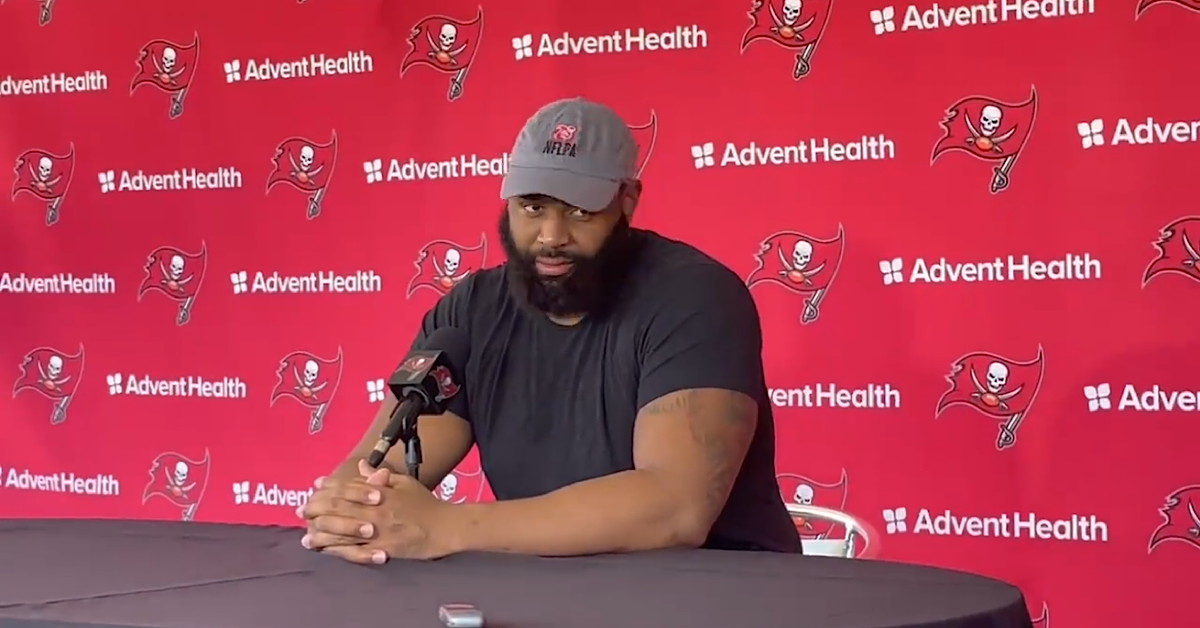 Sure, it stings to see Akiem Hicks leave the Bears. He was good, productive, and popular. Hicks was a forward facing member of a team on and off the field, as well as a respected leader. But all good things must come to an end, so I tip my cap and find myself thankful for Hicks’ efforts in Chixago.

I mean, it’s true. But daaaaaaaamn.

For those who can’t pull the audio, here’s what Hicks had to say regarding why he chose to sign with the Tampa Bay Buccaneers in free agency:

Something I’ve thought of often is, when I came into the league I had Drew Brees and Tom Brady as my first two quarterbacks. And then I went to Chicago … it wasn’t Drew Brees and Tom Brady. So I feel spoiled to have somebody on the other side of the ball who can deliver all the time. … It was definitely a draw. It benefits a defense to have a quarterback that can control the clock, the ball, and field position. And that’s what we have here.

Damn, dude. That stings. It’s not that he’s wrong or anything. Hicks came to Chicago in 2016. That season, his quarterbacks were Jay Cutler, Brian Hoyer, and Matt Barkley. In the years that followed, Mike Glennon, Mitchell Trubisky, Chase Daniel, Nick Foles, Andy Dalton, and Justin Fields made starts at quarterback during Hicks’ tenure with the Bears. As you can tell by that collection of misfits, there isn’t a Brady or Brees in the bunch. Hence, Hicks’ departure and eventual joining forces with Brady in Tampa Bay. It makes sense that a veteran who played with those quarterbacks jumped at an opportunity to jump in quarterback class when given an opportunity to take that leap.

Some will see this as a diss. But I won’t. Instead, this is merely Hicks stating facts. More than that, it is him serving up a reminder of how important it is to get it right at quarterback. And it provides us the opportunity to bang the drum for getting Justin Fields more help. As well as the chance to pound the table for this front office to continue building a well-rounded team. Because it’s not that Hicks left for Tampa solely for the QB upgrade. Instead, if you listen to Hicks closely, you’ll hear him underscore the importance of a team that is strong on both sides of the ball.

Obviously, the NFL is an offensively driven league with quarterbacks being the triggermen on the attack. But without a defense that holds up their end of the bargain, it can all be for naught. Just as it is the case that a stellar defense alone can’t make a strong team. And that’s a lesson Hicks knows all too well.