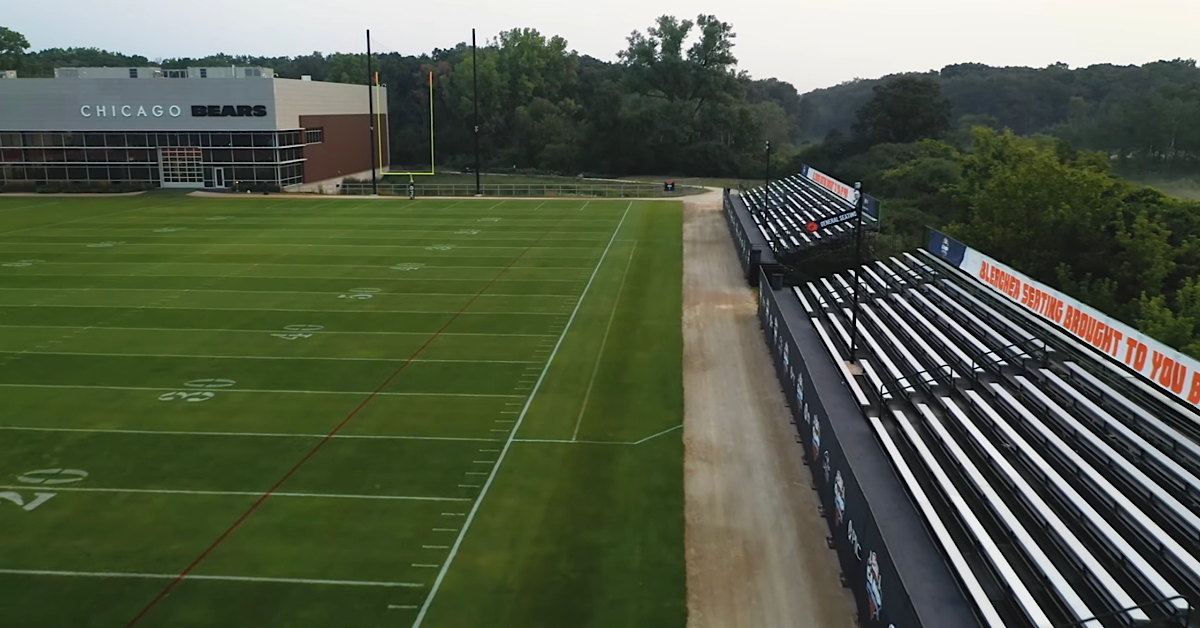 The years of trekking to Bourbonnais to watch the Chicago Bears practice are fully behind us now as the team is once again set to start training camp at Halas Hall.

Here is a full list of practices that will be open to fans (via the team):

A total of 12 open practices is down from the 14 that took place last year at Halas Hall. Trimming two public practices doesn’t seem like much, but it isn’t inconsequential. Not when fans have a hankering to see their favorite team that is as unrivaled as what Bears backers have for their favorite squad.

Tickets for training camp practices at Halas Hall will be available beginning on Thursday, July 7. These are free tickets, mind you. Meanwhile, tickets for Family Fest (Tuesday, August 9) will be made available at a later date that is still to be announced. We’ll cross that bridge when we get to it. But in the meantime, it is officially time to get geeked up about seeing the Bears at Halas Hall. The vibes figure to be different with a new general manager, coach, staff, and a bunch of fresh faces throughout the roster. Giddy up!

As was the case last year, fans can select up to four tickets per practice date. But unlike last year, there won’t be a lottery for tickets. In other words, there will be no need to obsessively refresh your email inbox only to get the rejection note of doom. That marks an upgrade to last year’s experience, which didn’t sit well with a chunk of the fan base. It’s good to see peer pressure work every now and again.

For what it’s worth, Bears President/CEO Ted Phillips said in a statement that this year’s camp experience will feature new food and drink options, more on-site activities that don’t involve watching practice, and an increase in fan interaction with players. With the NFL putting its COVID-19 protocols in the rearview mirror, it will be nice to see that player-fan dynamic once again.

More on this later. Until then, we’ll start our countdown clock. Just 37 days until we can see practice with you guys and gals at Halas Hall.