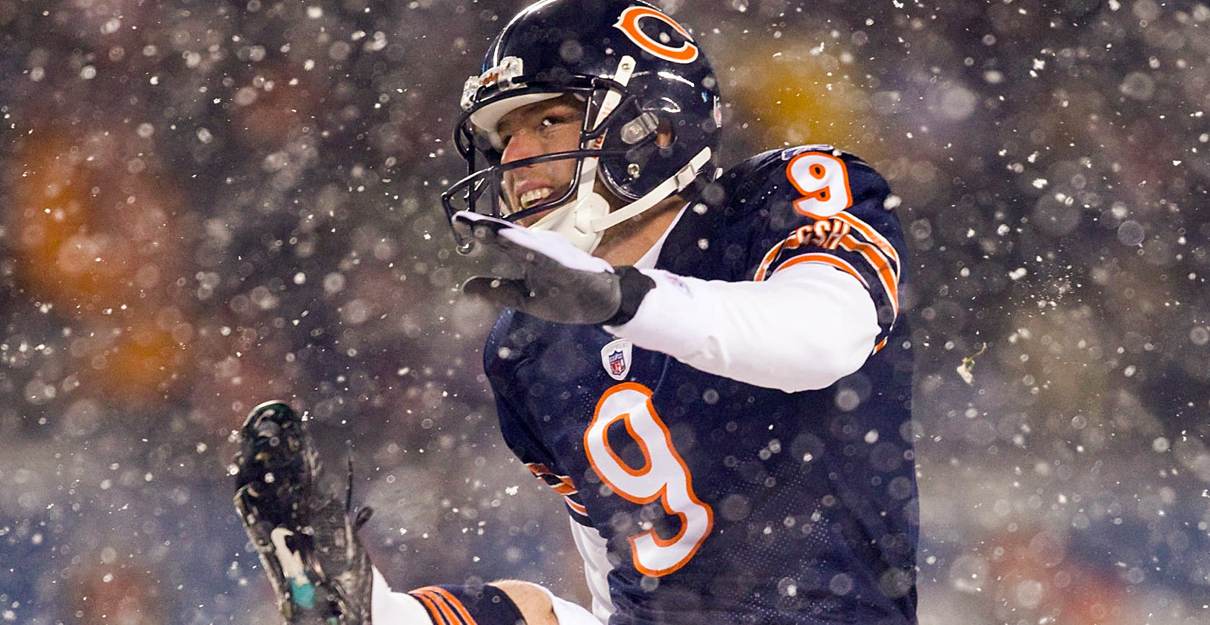 There have been no shortage of reasons as to why the Bears should want to move to a new stadium. And evidence continues to point to it happening at some point in the near future. Brace yourselves, friends. It’s probably happening, even if a dome and a number of other notable tweaks to Soldier Field get the green light from Chicago Mayor Lori Lightfoot.

But leave it to a kicker, albeit one with great standing in Bears history, to pile on.

Robbie Gould is all-in on the Bears getting a brand-spankin’ new facility:

“I do think that in the best interest of fans, the best interest in the organization, this is what makes the most sense to be able to keep pace with the other teams that are starting to do it,” Gould said in a recent appearance on ESPN 1000’s Waddle and Silvy Show (as transcribed by NBC Chicago).

Robbie can cite the best interest of fans and organization. But from a player perspective, it makes sense for a kicker being the one pounding the table. Who would have more to gain from a new stadium than that position group? I imagine there is a lengthy list of kickers who would line up to operate the wrecking ball that brings down Soldier Field. I can even see someone as good as Gould wanting to press the button for the implosion. Soldier Field has been a house of horrors for kickers throughout the years. So, naturally, Gould being the latest to come to bat for a move out to the suburbs makes sense.

Keep in mind that Gould isn’t just one of the most successful kickers in Bears history. He is one of the best kickers in the history of the NFL. Period.

One thing that makes Gould’s successes so impressive is where he has been kicking throughout his career. Gould has had to put the pigskin through the uprights in some of the NFL’s toughest stadiums. The unforgiving winds and weather that come as part of the deal when you’re kicking for the Giants is something else. And we all know the horrors of kicking at Soldier Field. Even with a new stadium for the Niners, kicking out west is never a walk in the park.

In other words, few active players are as well-positioned to make a pitch for the Bears to get a new stadium than Gould. And he will soon get his wish. The only question remaining is if Gould, 39, will be active in the league to kick in the new stadium whenever it opens. Gould also told the Waddle and Silvy Show (podcast link) he was hopeful he’d finish his career with the team. Perhaps Gould can keep his career going like mentor Adam Vinatieri – who kicked until he was 47. Then maybe he can fulfill his dream and christen the new stadium. Then again, I hope the Bears don’t have a need for a kicker any time soon.