Meet the 2022 Chicago Bears: Justin Fields and the Quarterbacks Skip to content 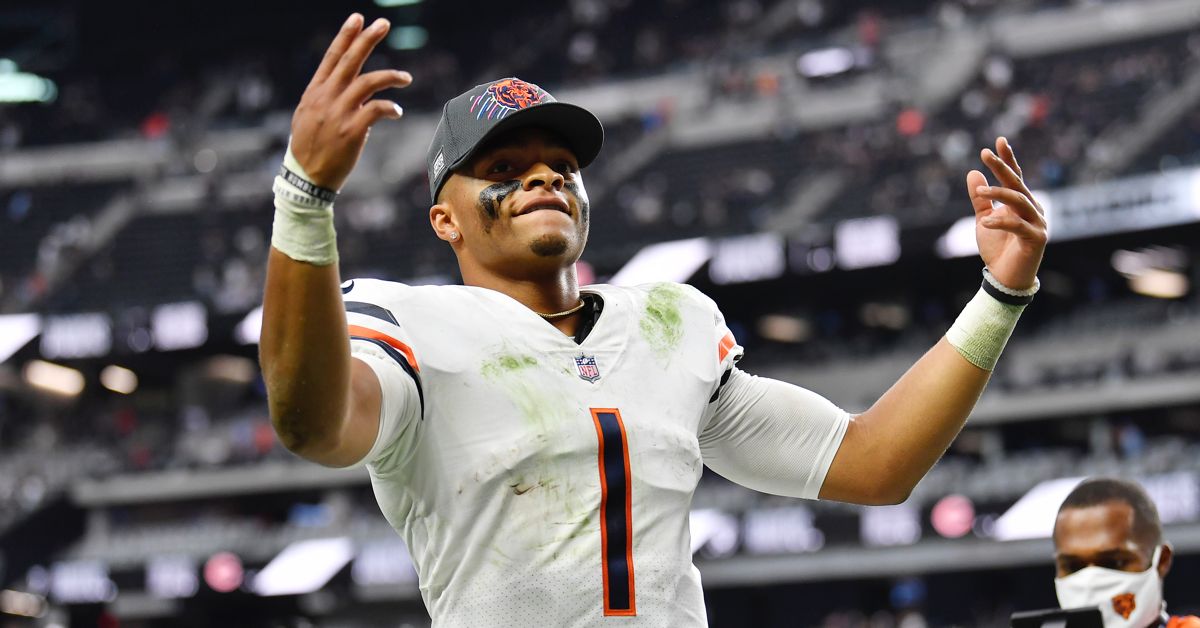 Training camp begins next week! And with it, a new era of Chicago Bears football. Matt Nagy and Ryan Pace are long gone, leaving the franchise to usher in a new Matt (Eberflus) and Ryan (Poles) in their place. Halas Hall is the place to be this summer as the new guys prepare for the 2022 season with practices and workouts. So, let’s take a look at who’s on the team right now as things get into gear.

It is a brand new quarterbacks room in Chicago once you get past Fields on the depth chart. Gone are both Andy Dalton (to New Orleans) and Nick Foles (to Indy). Those departures left the Bears to sign Trevor Siemian, who comes to Chicago on a two-year deal and brings 29 games worth of starting experience. Siemian will serve as QB2, while Nathan Peterman (yes, that Nathan Peterman) slides into a QB3 role. Peterman figures to be the quarterback in mop-up duty at the end of preseason games. It’s a dirty job, but someone has to do it!

Fields has a new position coach. Chris Tomasson of the St. Paul Pioneer press reports John DeFilippo won’t coach in 2022. DeFilippo’s departure opened the door for the Bears to hire Andrew Janocko away from the Vikings. Janocko, who held the QBs Coach title in Minnesota last year, has also been an Offensive Quality Control Coach (2015-16), Assistant Offensive Line Coach (2017, 2019), Co-Offensive Line Coach (2018), and Wide Receivers Coach (2020) in Minnesota. I’m hoping having experience in a variety of roles (and under six different offensive coordinators) gives Janocko proper insight to coach-up Fields.

I’m high on… the possibility of Fields’ upside getting unleashed with a new coaching staff, scheme, and the clean slate that comes with a wide range of offseason changes. Looking at last year’s numbers is discouraging, so I’d encourage you not to give those a second look. In fact, one Bears GM candidate thinks we should erase the tape from our memory banks. And while we can’t fully do that, we can acknowledge that Fields still has the arm talent and athleticism that made him a first-round pick a year ago. But now, he has a better chance of utilizing it better because he gets the keys with no questions asked.

I’m worried about… Fields’ rookie season being a sign of things to come. Because while Fields has talent, athleticism, and upside, there was too much tape that left me feeling uneasy about the future. Granted, much of those feelings are rooted in watching Fields flounder in a system run by overmatched coaches with underwhelming personnel in a lost year. But still … 10 interceptions and 12 fumbles have me concerned about ball-security issues.

All eyes are on Fields. Who is he targeting? Is he locking in on one receiver or spreading the wealth? How is he taking to the new mechanics? Is he looking comfortable in the new system? These are questions we’ll be asking throughout the summer. Unfortunately, we won’t get worthwhile answers for what it all means for the big picture until much later. Nevertheless, Fields is THE PLAYER to keep eyes on at camp. If you’re going to watch anything, watch him.