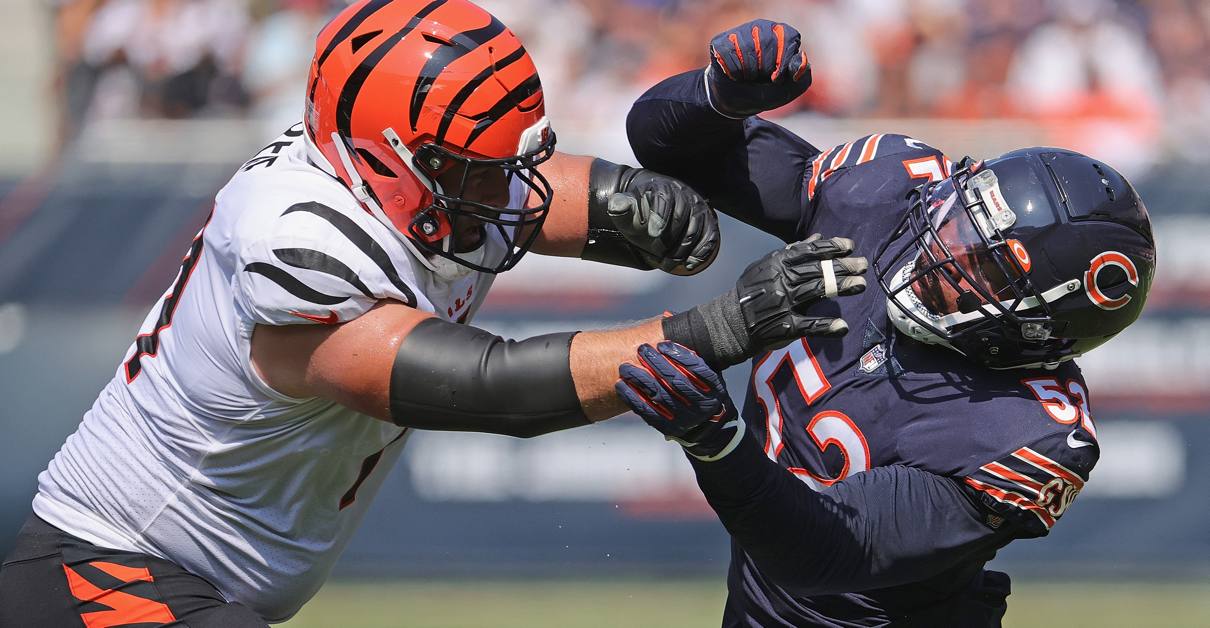 Discussing the Chicago Bears’ offensive line play has been a tedious task in recent years. And after an offseason in which the team didn’t make any major splashes to help bolster the line, the start of training camp figured to be a time we’d be nervously watching to see who can develop as a reliable blocker responsible for keeping Justin Fields upright.

But ESPN’s Adam Schefter reports the Bears are making a last-minute addition to their line by signing veteran free agent Riley Reiff. And just in time for the team to report to Halas Hall for today’s first day of training camp:

Schefter has it as a one-year deal worth as much as $12.5 million. That kind of financial commitment suggests Reiff will be starting at one of the tackle positions. Reiff, 33, has starting experience (139 games!) at both tackles spot. A vast majority of his games were at left tackle, including a large chunk of his run with the Lions (2012-2016) and Vikings (2017-20). The Bears had been rolling with rookie Day 3 pick Braxton Jones as the starting left tackle during training camp. Maybe the future is still bright for Jones, but signing Reiff today suggests the team wants to lean on a veteran presence from the outset.

We’ll have more later. But for now, it looks like the Bears have transferred their offensive line in two days with the signings of Reiff and Michael Schofield — two veteran players whose presence could be beneficial in aiding Justin Fields’ development.