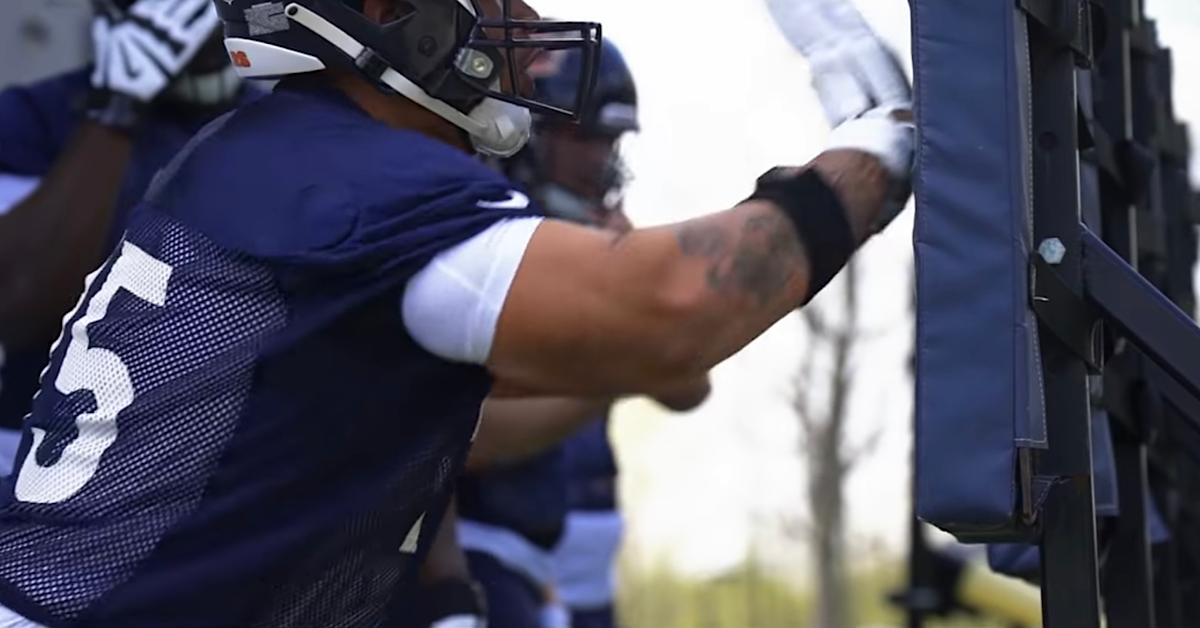 On the one hand, I know better than to put too much stock into what happens in the summer’s first training camp practice.

But on the other hand, I think the Chicago Bears gave us a glance at what they hope the offensive line looks like when they kick off against the San Francisco 49ers in 46 days.

With the Bears beat out in full force at the team’s first training camp practice under Matt Eberflus’ watchful eye, these tweets are worth jotting down for future reference:

With that being said, it’s easy to come to the conclusion that this is what a projected starting lineup would look like along the offensive line:

As one might expect for players who signed just days ago, newcomers Riley Reiff and Michael Schofield weren’t a full-go at practice today. But that Reiff was practicing at left tackle would seemingly settle any debate on where his position is with this team. Reiff, who has experience on both sides of the line, figures to slot in at left tackle. Because he is a veteran, Reiff might not need to work a heavy load at camp. And if that’s the case, it would behoove the Bears to give Braxton Jones some extra reps at the position when possible — especially if they believe he has a future as a starter.

The developments at right guard raised my eyebrows. The expectation is that Schofield lands there as the Bears’ Week 1 starter. What develops behind him has the potential to make for interesting camp fodder. Sam Mustipher (a center by trade) slid over to right guard during the offseason training activities and remains there to start camp. Joining him in the mix is rookie Ja’Tyre Carter, who was one of the handful of offensive linemen Chicago chose on Day 3 of last April’s NFL Draft. Carter was a tackle in college, but is probably better off moving inside to guard. In other words, we’re looking at two linemen on the younger end of the spectrum who are experimenting at relatively new positions. This is something to keep tabs on as we move along throughout camp.

As is the nugget that Teven Jenkins was getting work as a swing tackle. It’s been a wild offseason for Jenkins, who went from ending last season projecting to be the future left tackle to finishing minicamp in June as the second-string right tackle. With Reiff essentially locked into the LT1 gig, we might be seeing the start of a battle between Jenkins and Larry Borom to start at right tackle. And depending on how that shakes out, the runner-up in that battle would likely land the swing tackle gig. It would be disappointing for a prized Bears pick to go from starting left tackle to reserve role in a year. But then again, Jenkins controls his own destiny. And he has ample motivation to spur him into a starting role somewhere on the line.