The Chicago Bears’ first practice with pads gave us something noteworthy in terms if how the offensive line *COULD* line up when the regular season kicks off in September.

Well, this is certainly an interesting development for an offensive line whose situation could be best described as fluid at rhe moment.

There was a presumption that Reiff would slot into the left tackle slot upon arrival after signing as a free agent last week. And while he still could end up in that spot, the Bears seem open to alternative possibilities. Among them is a path where Jones is manning the top blindside protection position. Reiff has experience at right tackle. Maybe splitting time with Borom is a result of Reiff still being early in his ramp-up with the team. After all, Reiff has been with the team for a little more than one week. And he wasn’t with the squad during the offseason training program. There is a build up period that needs to take place. Even still … this situation has my attention.

Also? Let’s not sleep on Jones starting at left tackle, as there is a real possibility that the rookie could play his way into a starting role. That the Bears were comfortable enough to roll him out there as the first-string left tackle during the first practice with pads this summer feels telling. We’ll continue to monitor this situation as it evolves.

Of course, that wasn’t the only notable shakeup on the line:

After watching rookie Doug Kramer get some burn with the first-team offense at center, it is worth highlighting that Sam Mustipher — who spent most of the offseason training program at right guard — is back at center. Mustipher was the Bears’ top center last year and the top dog at the position down the stretch in 2020. The struggles were real last year. But I suppose there is nothing wrong with giving an in-house option a second chance.

With Lucas Patrick (hand surgery) out for a while and aiming for a Week 1 return, this is an opportunity for someone to grab a starting role. And because Patrick has positional versatility that would allow him to play right guard, Kramer or Mustipher snatching the starting center’s gig and sliding Patrick over one spot is feasible. But if neither player stands out, maybe we’ll see the Bears connected in rumors with free agent centers. But only if push comes to shove and the current options fall flat. 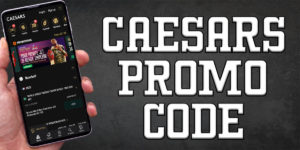 REPORT: Padres and Nationals Have Agreed to a Juan Soto Trade (UPDATES)