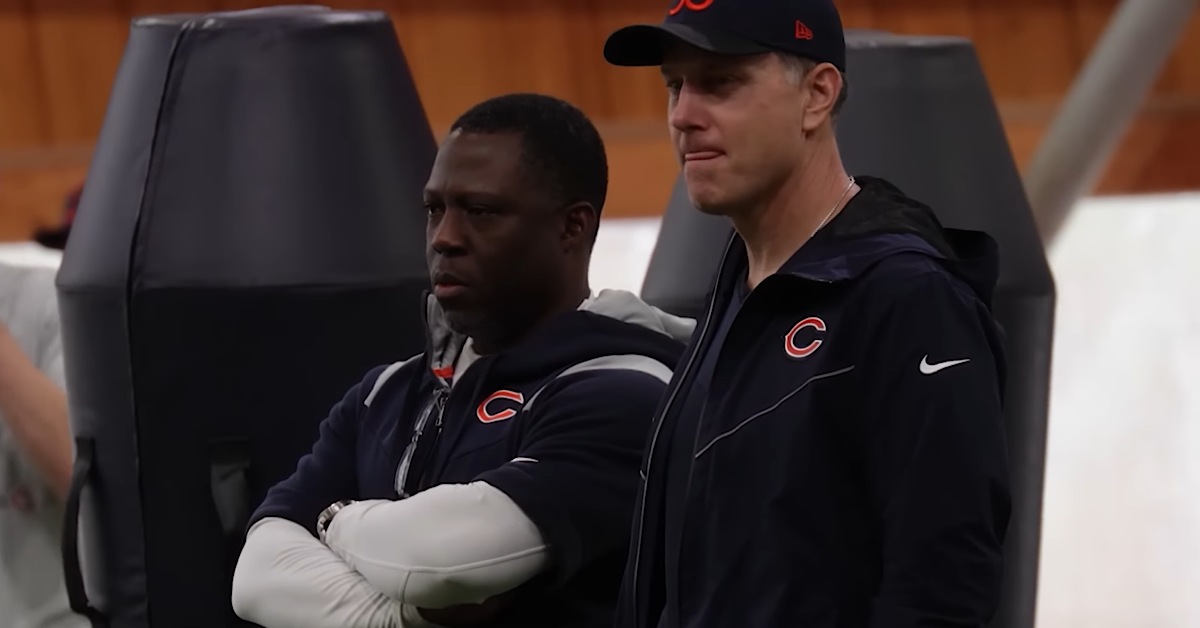 Even though the Chicago Bears replaced one Matt (Nagy) with another Matt (Eberflus) at head coach, the two seem to be on opposite ends of the coaching spectrum.

And perhaps we’ll see just as much as soon as Week 1 of the preseason, where Eberflus plans on getting his regulars “a good amount” of work in the exhibition opener against the Kansas City Chiefs:

No, Eberflus didn’t offer up specifics. He didn’t say how many plays, reps, or quarters his regulars will play. But with just three preseason games to work with, it feels fair to assume that Eberflus will want his guys getting as many reps as possible. Remember, we’re talking about a new head coach wanting to establish his system. A first-year offensive play-caller (Luke Getsy) dealing with a second-year quarterback (Justin Fields). The defensive coordinator (Alan Williams) has experience in that role, but there are so many new players learning a new scheme and terminology. So if there was a time to push the envelope on getting regulars preseason work, this is the year for it.

And to think, so much of this began when Nagy turned Bears preseason football on its ear by holding out starters from their Preseason Week 3 game in 2018. Ironically, that game was also against the Chiefs. Go figure. Back then, the third preseason game was seen as a dress-rehearsal for the regular season. So withholding your starters was a step away from traditional football norms. And while it didn’t keep the Bears from having a successful season — remember, they won 12 games and a division crown — it opened the door for what came a year later.

As a follow up act, Nagy kept starters on the sideline for most of the preseason in 2019. So while one can’t fully prove Nagy’s decision was why the Bears got off to a slow start and went 8-8 in a year that began with Super Bowl aspirations, you can’t not prove it. For what it’s worth, the Bears not going hard in the preseason showed up in different ways. The sloppy play, unforced errors, and other missteps were what you’d see from a team that didn’t have enough time to gel together. And since then, there has been an emphasis on using the preseason as a vehicle to get right for the regular season.

Maybe it is fitting that Nagy will get to see what an expansive preseason showing from the Bears looks like in 10 days. Thankfully, he’ll be doing so as the Chiefs’ QBs coach after a humbling end to his time in Chicago.