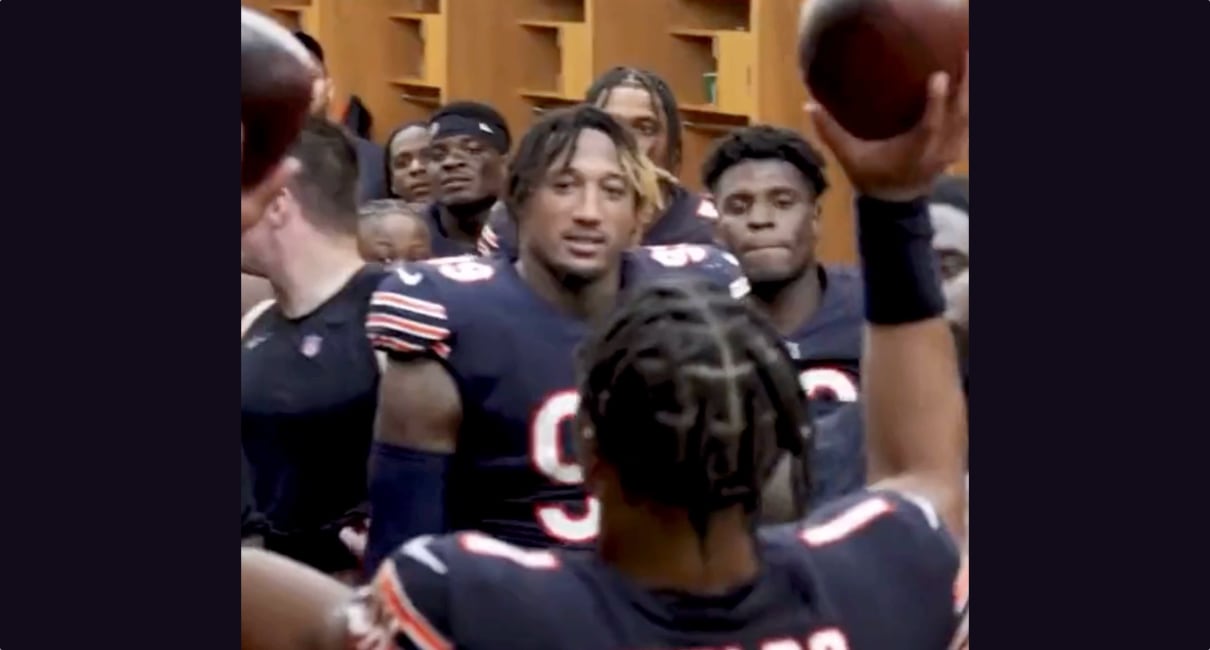 The Bears’ Week 1 victory over the 49ers was a lot of things. Exciting. Fun. Sloppy. Wet. So on and so forth. But, most importantly, it was a culture-setting victory for a young team, evident by the second-year quarterback and newly minted captain Justin Fields handing out game balls to rookie head coach Matt Eberflus and rookie GM Ryan Poles after the game.

Eberflus’ ‘H.I.T.S.’ principle was on full display. The buy-in to Eberflus’ mindset was evident in their resiliency. In the postgame presser, Justin Fields said that the Bears won Sunday’s season-opener by outlasting the 49ers in the mental and physical stamina department.

Roquan Smith gushed to Stacy Dales on the sideline after the game about the mindset of the team under Matt Eberflus.

“It feels really good being out here; everyone [was] counting us out, we know that,” Roquan told FOX’s Stacy Dales after the game. “We knew what we had. We knew our plan all week, and we executed. We said hey, the weather is one thing, but that’s not going to stop us … I think it was all on display today. The ‘H.I.T.S.’ principle, hitting, turnovers, playing smart; I think it was pretty sweet.”

Eberflus’ fingerprints were all over a disciplined performance in which the Bears were penalized just three times, with one being the weird towel penalty and another being a delay of game that they took on purpose late.

Eberflus and his coaching staff mapped out the necessary adjustments in the locker room at half time and the Bears executed them by outscoring San Francisco 19-3 in the second half.

Ryan Poles got his game ball as well, also deservingly so after a significant overhaul of the roster he inherited produced a roster with 33 new players on Sunday. Poles was down on the field to embrace Matt Eberflus after victory No. 1 of their tenure in a rain-soaked suit, something we never saw out of Ryan Pace.