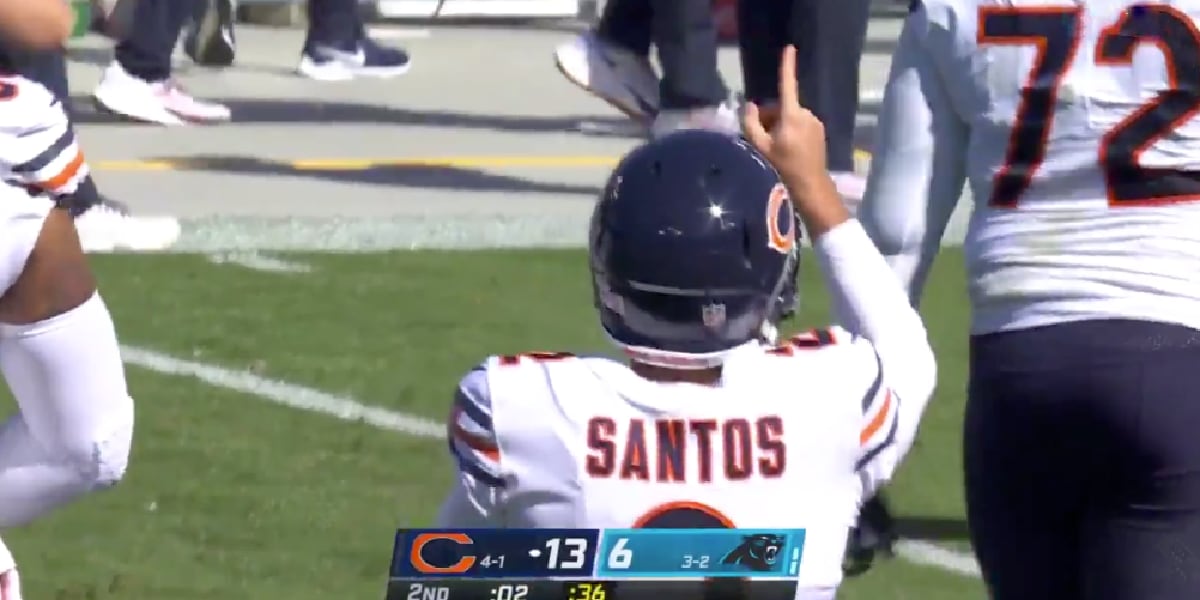 The most reliable piece of the Chicago Bears’ offense is unavailable for today’s game against the New York Giants.

Kicker Cairo Santos, who missed the last two practices of the week due to a personal matter, has been ruled OUT. Bears Radio sideline reporter Mark Wrote has the scoop:

Save for Santos, there hasn’t been anything consistent with the Bears’ offense in recent years. But since returning to Chicago in 2020, Santos has been nails in the kicking game. Santos has made 60 of 66 field goal attempts, which is good for a 90.9 success rate. He has been perfect from inside of 40 yards, and has hit at a 95 percent success rate from inside 50. That kind of reliability from Chicago’s kicking game has been unheard of since Robbie Gould was unceremoniously dumped during the summer of 2016.

Michael Badgley is taking Santos’ place in the lineup on Sunday. It’ll be a quick turnaround for the kicker fondly known as The Money Badger, as Badgley will go from trying out Friday, signing to the practice squad on Saturday, to active on game day Sunday. Talk about an accelerated on-boarding process!