Uh-oh (… Or Hooray?): The Bears Have the Third-Toughest Remaining Strength of Schedule Skip to content 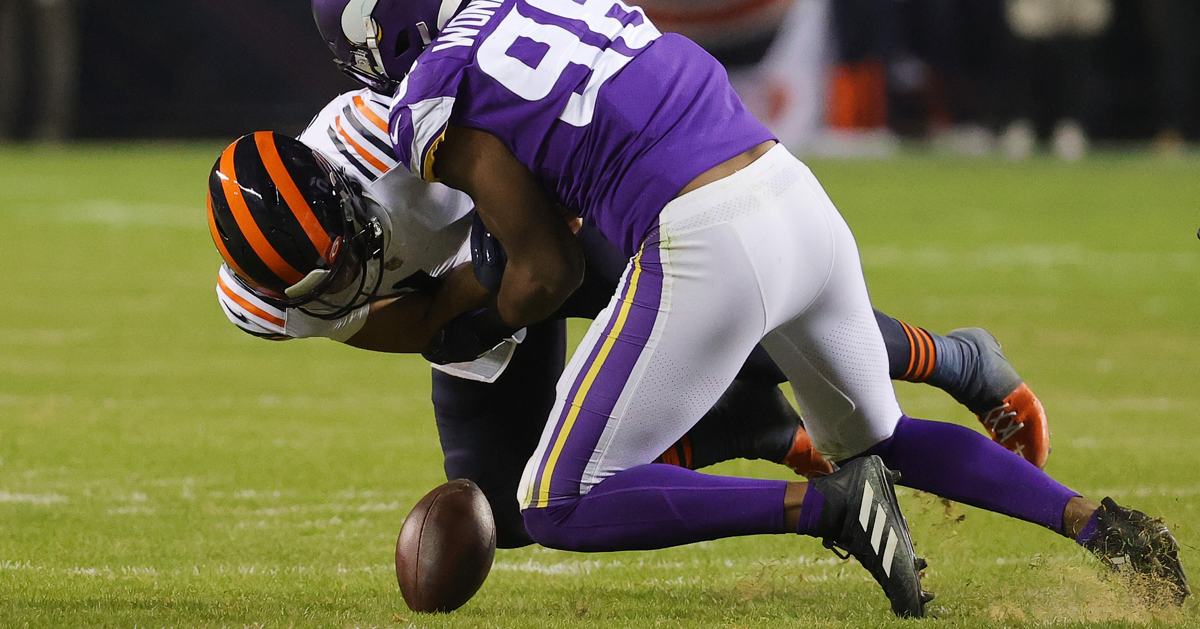 After an offseason of being bludgeoned by reporters, analysts, and gurus far and wide about how bad the Bears would be in 2022, a 2-2 start for Chicago’s football team should feel like a net win.

No, the Justin Fields development plan hasn’t gotten on the right track yet. And when the quarterback’s importance is so outsized compared to all the other positions, that Fields has struggled has put something of a damper on the wins. But with 13 games still left to play, the Bears have ample time to iron out some kinks in their offense, develop their quarterback, and heck, even win some games.

However, there is trouble on the horizon. Because The Athletic’s Jeff Howe lays out imminent challenges ahead for the Bears, underscoring that the team has the third-most difficult remaining strength of schedule.

*Tugs nervously at my collar*

Nothing comes easy in the NFL, so a daunting strength of schedule doesn’t bug me one bit. Then again, knowing there are some mountains to climb in the Bears’ immediate future gives me pause.

On the one hand, we know better than to put too much stock into future strength of schedule. But on the other hand, it remains a valuable tool in terms of aiding us in putting the Bears’ future opponents into proper context and perspective. Seeing the Bears having the third-toughest remaining strength of schedule is sobering. But I can’t wait to see how this team combats the challenges ahead. Of which there will be plenty.

We, as a collective Bears fandom, want to see this team be competitive. And more than that, we want to see the Bears win. You play to win the game, right? So, a warning that a tough schedule is coming up isn’t something anyone should take lightly. Traditionally, winning is seen as the only thing. But for these Bears, that’s not exactly true.

Let me be clear. I’ll fall short of calling winning in 2022 inconsequential. There are perks to winning right now. It’s true. Developing useful players now who could be part of winning teams later is essential. Producing good vibes around the team has value, too. Keep in mind that the Bears are angling for a move to a billion-dollar facility that has yet to break ground. I can’t imagine they want to do that riding the coattails of a string of losing seasons. But with that being said, we must also acknowledge that the big-picture health of the organization is essential. In other words, it isn’t all about wins in 2022.

So, for me, that means developing Justin Fields. Not just on a week-to-week basis. But also for games of consequence featuring better and more competitive Bears teams in 2023 and beyond. Hanging tough in 2022 is cool. But have you ever tried doing so while simultaneously developing the toolsiest quarterback your team has rostered since Jay Cutler? I can’t calculate how much facing the third-hardest strength of schedule from this point forward will impact Fields’ development. And I’m not a fortune teller. Nor do I own a crystal ball. But the collection of talent around him and the rough road ahead makes me nervous about how this coaching staff will strike a balance moving forward.

Whatever comes of it, this could prove to be a win-win situation for the Bears. And that’s even if they lose more than they win in their remaining games. Bottoming out record-wise wouldn’t be the worst thing in the world. This team currently has a 20 percent chance at landing a top-5 pick, and it sure could use some high-end help coming by way of the 2023 NFL Draft. Although, what position GM Ryan Poles should attack first is up for debate. But when the smoke clears, I think we’ll have a much better picture about what this team’s needs will be. Stay tuned.