Bears Rewind: The Fields-Mooney Connection is Born Skip to content 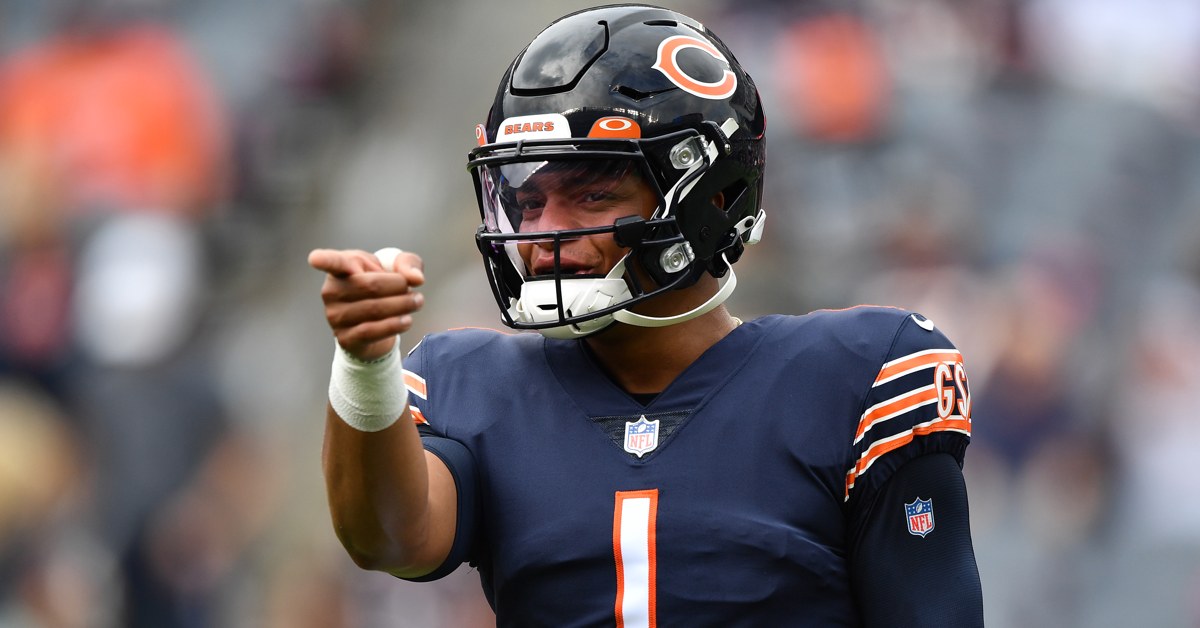 The Lions are in town this weekend for the first of two meetings between the two NFC North rivals this season. With Justin Fields and the Bears in a prime position to air it out against the lowly Lions’ secondary, this meeting brings me back to the first time Fields took on the Lions at Soldier Field last October.

That meeting was the first glimpse of Fields’ connection with Darnell Mooney. Fields and Mooney hooked up five times for 125 yards just one week after Fields was sacked nine times against the Cleveland Browns in his first NFL start.

Check out this beauty of a 64-yard toss from Fields:

Fields logged his first 200-yard game through the air in this one, completing 11-of-17 for 209 yards. But it was David Montgomery who did the scoring for the Bears, pounding it home twice while picking up 106 rushing yards on 23 carries.

Damien Williams also scored a rushing touchdown and don’t forget about Trevis Gipson throwing down the hammer after this sack of Jared Goff:

The Bears picked up 397 yards of total offense on the day and topped the Lions 24-14 at Soldier Field. Montgomery’s performance against the Lions was par for the course with Monty, who has racked up 423 yards and four touchdowns against Detroit in his career.

Mooney has also feasted on Detroit, hauling in 17 passes for 329 yards in two seasons against the Lions.

This was the first game in which Fields and Mooney would look like a genuine threat as a duo, one that just over a year later is blossoming and starting to heat up in recent weeks. Do we have another monster Fields-Mooney show in store against the Lions this week?

If you want to check out the highlight package, the embed below will direct you to YouTube: