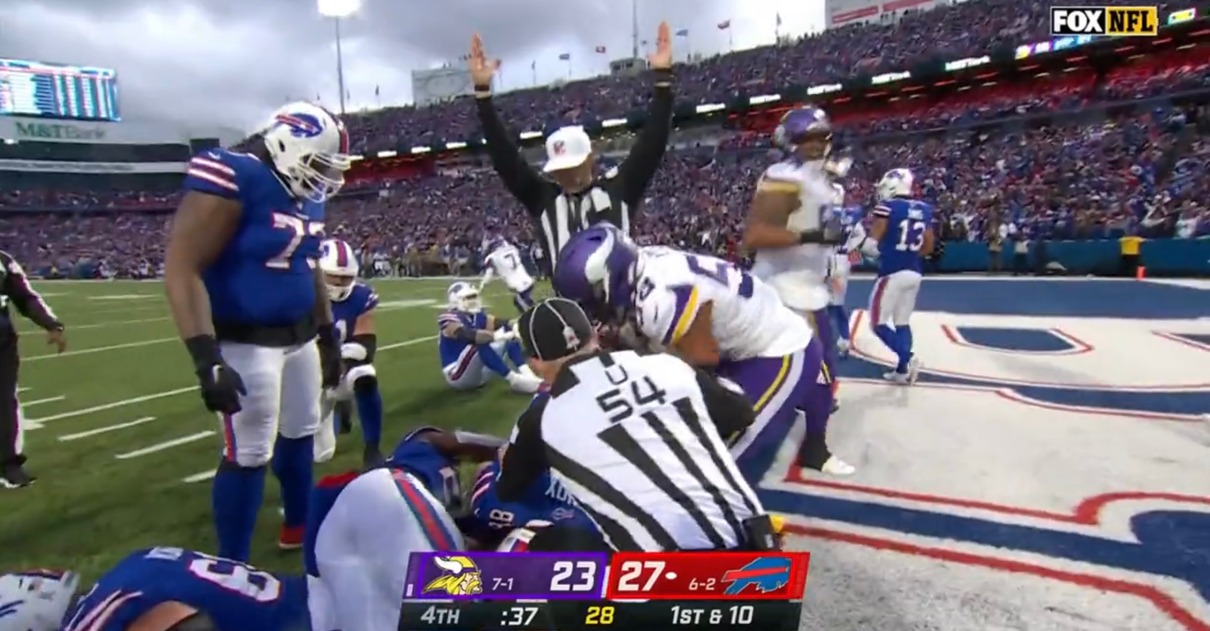 I’m pumped from the Bears-Lions game — another fantastic afternoon for Justin Fields — despite the result. Although the tank standings look mighty nice after that one with the Bears in the fifth slot for the 2023 NFL Draft. And if you stuck around for the bonus coverage of the ending in Buffalo on FOX, you were treated to a wild drive that ended at the Bills half-yard line.

We can’t get to the end of the drive without the catch by Justin Jefferson, which was one of the best catches I have ever seen.

That catch has me dreaming of what a true WR1 like Jefferson would do for Justin Fields and the Bears offense. But more on that this week. Jefferson’s incredible catch on 4th & 18 kept the Minnesota drive alive and allowed them to take the ball into the redzone against the Bills trailing four points.

After the Vikings drove down the field, another Jefferson catch put the Vikings at the Bills half yard line, but Buffalo stopped the Vikings on downs, thwarting a QB sneak by Kirk Cousins with 44 seconds on the clock, and what seemed like a Buffalo victory in the bag.

I mean, the Bills could have taken a safety, and still secured the win. Instead, they opted to run a play, and disaster ensued.

But we weren’t done there, Josh Allen and the Bills got the ball back with 36 seconds to play, and Josh Allen did Josh Allen things and drove the Bills down the field into field goal range, and Tyler Bass nailed a game-tying attempt to send this one to overtime.

After the Vikings kicked a field goal in overtime Patrick Peterson picked off Josh Allen to seal the deal for Minnesota.