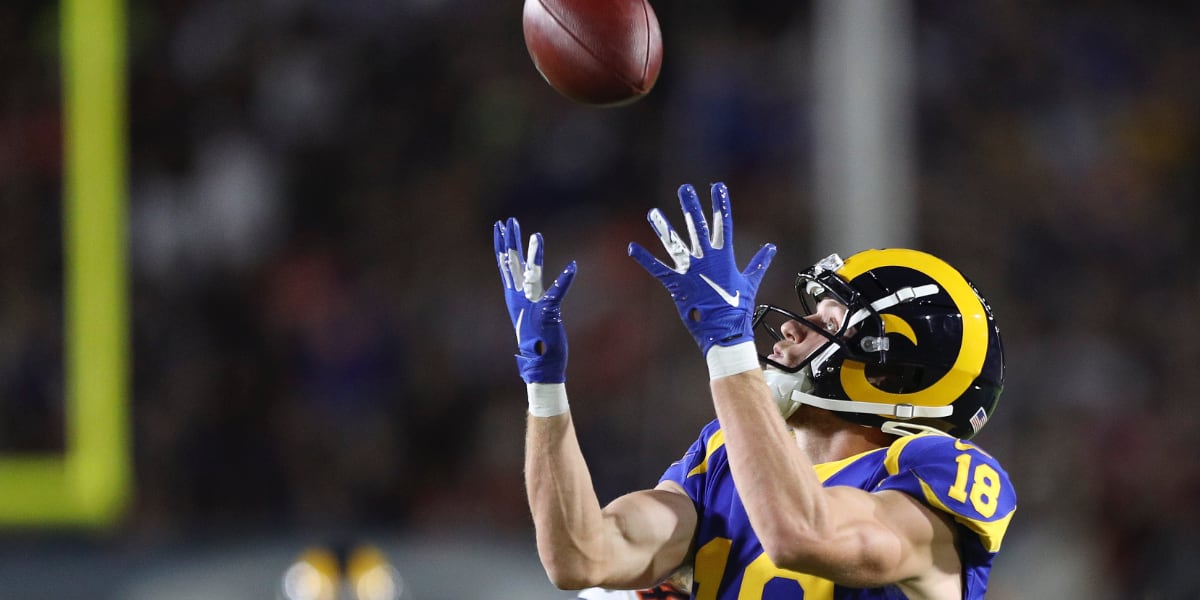 Not going to lie, I did not see last night’s upset in Philly coming ….

Having your bid at a perfect season spoiled at 8-0 isn’t quite like the pain that Bears fans around in ’85 will recall, but I’m sure it’s still a pretty cruddy feeling. Especially when the Washington Commanders come into YOUR building and wreck the bid for perfection on Monday Night Football.

I mean, even the Commanders social media team was at a loss for words after last night’s shocker:

Washington’s physicality gave the Eagles fits all night, and the previously undefeated Eagles made some uncharacteristic mistakes that ultimately sunk them in this one.

Washington ran 81 plays — to Philly’s 47 — on Monday night, and this was probably the cream of the crop, a beautiful throw and catch between Tylor Heinicke and Terry McLaurin:

The loss in the win-column wasn’t the only loss for the Eagles last night as they learned this afternoon that tight end Dallas Goedert will miss “extended time” with a shoulder injury sustained in last night’s game.

Goedert suffered the injury with about nine minutes to play after losing a fumble that was recovered by Jamin Davis. Losing Goedert is a huge problem for the Eagles. Goedert has been one of the best tight ends in the NFL this season with 43 catches for 544 yards and three touchdowns through the Eagles first nine games of the season.

Ian Rapoport reported on Monday afternoon that the Arizona Cardinals will be without tight end Zach Ertz for the rest of the season after he suffered a season-ending knee injury. Ertz was carted off the field during the first quarter of Sunday’s Cardinals-Rams game in Los Angeles.

Ertz ranked fifth among pass catchers with 40 percent of the Cardinals targets inside the 10-yard line and sixth in the red zone, so the Cardinals take a big hit here with Kyler Murray losing his favorite red zone target for the rest of the season.

The Rams also suffered a significant blow to their receiving corps during Sunday’s game with the Cardinals with Cooper Kupp suffering a high ankle sprain that will sideline him for multiple weeks. Being place on IR means that Kupp will miss at least the next four weeks, making Week 15 the earliest the superstar receiver can return.

According to Adam Schefter, Kupp will undergo surgery on that ankle on Wednesday, making Week 15 seem like a long shot for his return at this point.

Kupp’s recovery might require him to miss as many as 6-8 weeks according to Jourdan Rodrigue of The Athletic, which would have Kupp coming back around Week 17 or later.

The Rams are 3-6 after a 27-17 loss to the Cardinals on Sunday and are looking up at the rest of the NFC West in fourth place with just eight games left on the schedule for them. Here’s what the Rams schedule looks like while Kupp is on IR for the minimum four weeks:

So, there are some winnable games there for the Rams, who can only hope to stay above water while Kupp is sidelined.

The Rams are also dealing with starting quarterback Matthew Stafford still being in concussion protocol as of this afternoon. Even with Stafford and Kupp healthy the Rams are 29th in points scored and 31st in total yards this season, so being without both of them might be the straw that broke the camel’s back for Los Angeles this season.