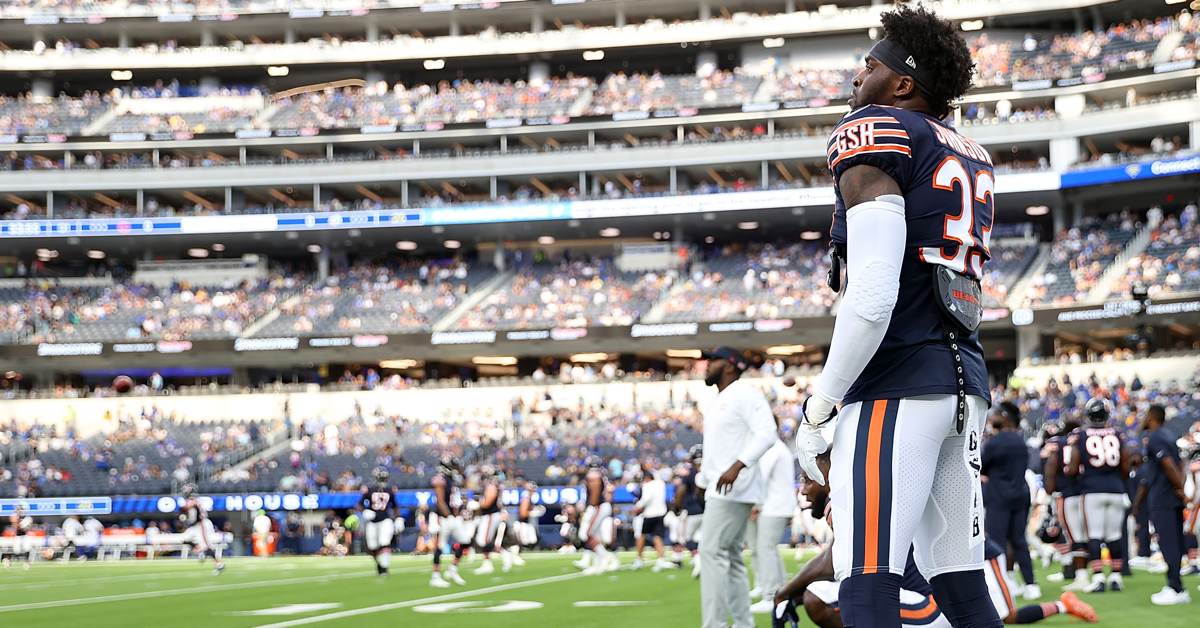 Jaylon Johnson’s on-the-field excellence has been a silver lining on defense this year. Quality cornerbacks with sticky cover skills and a willingness to get their hands dirty in run support don’t just grow on trees. Off the field, Johnson’s community service efforts — which have been inspired partly by the tragic death of his childhood friend, Kev’Vion Schrubb, due to gun violence — are opening eyes, too.

Put it together, Johnson is the Chicago Bears’ Walter Payton Man of the Year award recipient:

“I’m very honored to be nominated for such a prestigious award,” Johnson said in a statement from the team. “I started the foundation with the intention of keeping my friend Kev’Vion’s legacy going. Before the foundation, it was Kev’Vion who would do such important things to help our community. Being in the NFL, I recognize my great fortune to be in the position to do the very things he did every day when he was here with us. With my career in the NFL, my goal is to improve both as a player and as a member of my community. I intend on doing this through Kevvy’s Vision Project.”

And as an additional bonus, Johnson got to sit down and discuss the nomination with Charles “Peanut” Tillman — the NFL’s Walter Payton Man of the Year award winner in 2014:

There are few things I enjoy as much as reading about as players who give back to their respective communities. So many high-profile athletes have great platforms from which they can help aid in improving society. And with that in mind, it is always encouraging to see one using said platform. It stinks that Johnson’s increased efforts have come after his friend’s death. However, Johnson’s work is keeping his friend’s legacy and memory alive. And that is an important thing we shouldn’t overlook. Keep up the good work, Jaylon.