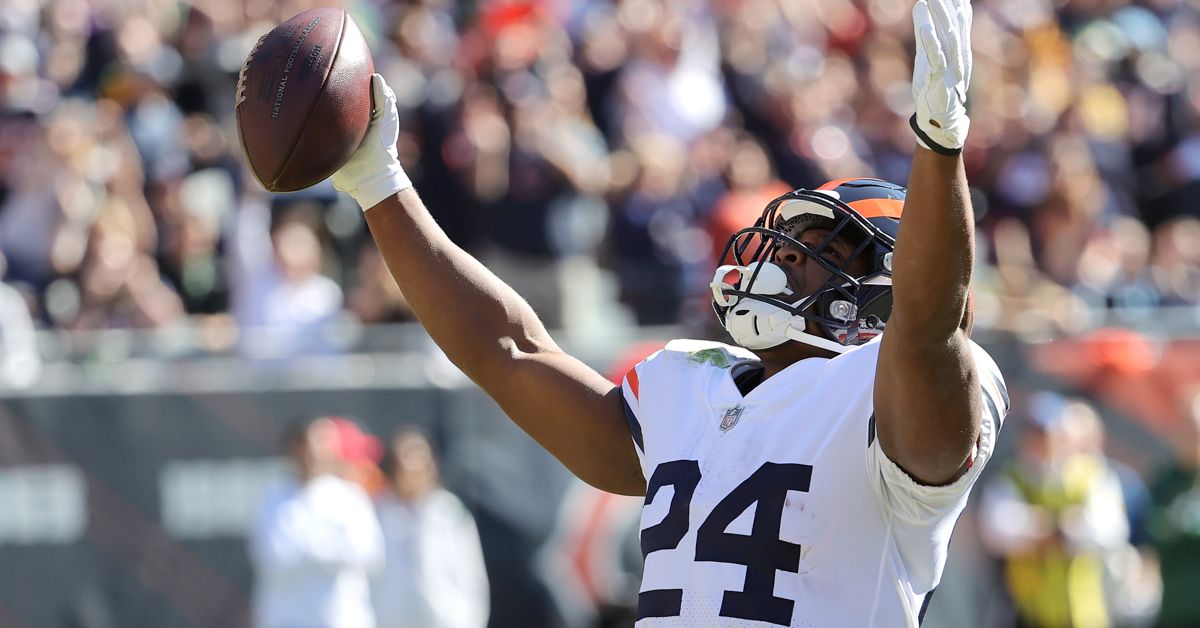 It hurt watching Khalil Herbert suffer an injury on the last kickoff before the Bears’ final offensive possession in Week 10 against the LIons. And it was bothersome that Herbert, arguably the team’s best running back, was being used as a kick returner in the first place. So you know it bugged me to see Herbert go on injured reserve, especially knowing how this could’ve been avoidable.

But I’m breathing easier now. Because we’re four weeks removed from the injury. And Head Coach Matt Eberflus sounds optimisitc that the team will be designating Herbert to return from IR and foresee his return on the horizon:

The earliest Herbert can return is for the Bears’ game against the Bills on Dec. 24. A Christmas Eve return would be a nice gift for a ground game that has been missing what Herbert brings to the table. Before suffering a hip injury while fielding a kickoff during the fourth quarter of the Bears’ Week 10 loss to the Lions, Herbert was cooking. Herbert had 108 carries for 643 yards and 4 touchdowns and was on pace for a 1,000-yard rushing season. But it is about more than stats when it comes to Herbert, whose excellence created a dynamic backfield tandem with fellow running back David Montgomery. And when Herbert and Justin Fields were chewing up chunk plays, this Bears offense was hard to stop.

We’ll continue to exercise patience when it comes to Herbert’s return. After all, there is no need to rush him back into the lineup. Because even though we miss watching Herbert run wild on opposing defenses, the big picture (and his long-term health) remain important. Even still … it is encouraging that there is an expectation that Herbert will be back before this season comes to a close.