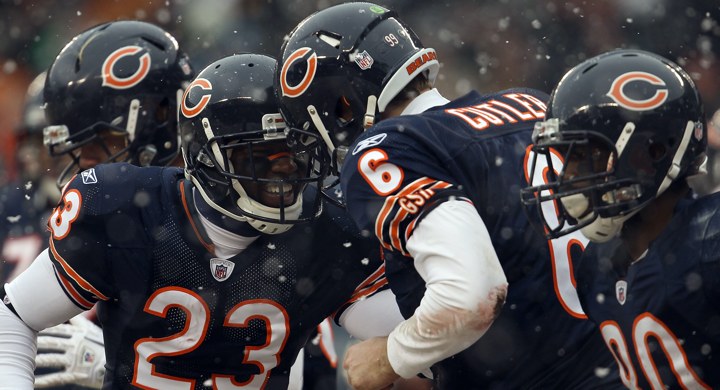 In recent memory, playing the Philadelphia Eagles hasn’t been fun for the Bears. Aside from the double-doink in the 2018 NFL playoffs, the Bears lost their last four regular-seasons to the Eagles dating back to November 2011. Philadelphia has had the Bears number the last decade, and I don’t think this Sunday will be any different. So, let’s watch at least one victory over the Eagles this weekend.

On November 28, 2010, Michael Vick and the Philadelphia Eagles came to Soldier Field with the Bears and Eagles tied at 7-3, battling for the top seed in the NFC. 62,000 fans were treated to one of Jay Cutler’s best games of his career on this day.

Cutler hit Earl Bennett for a 10-yard touchdown score in the first quarter to get the Bears on the board 7-3 and then tossed his second touchdown pass of the quarter to Johnny Knox, a 20-yard hookup that put the Bears up 14-3.

After a Mike Vick touchdown to Jeremy Macklin and a David Akers field goal trimmed the Bears lead to one in the second quarter, Cutler hit Earl Bennett for a second time, his third touchdown of the day, making it 21-13 Bears at the half.

The Bears carried the momentum out of the locker room after the half, driving down the field to set up Jay Cutler’s fourth touchdown of the game, a nine-yard pass to Greg Olsen that made it 28-13 Bears. A Robbie Gould field goal made it 31-13.

The Eagles made a late push in the fourth quarter, cutting the Bears lead to five on a pair of David Akers field goals and a Mike Vick touchdown to Brent Celek with under two minutes to play, but the Bears held on and moved ahead and took possession of first place in the NFC North.