Report: Jim Harbaugh May Actually Consider a Return to the NFL After All Skip to content 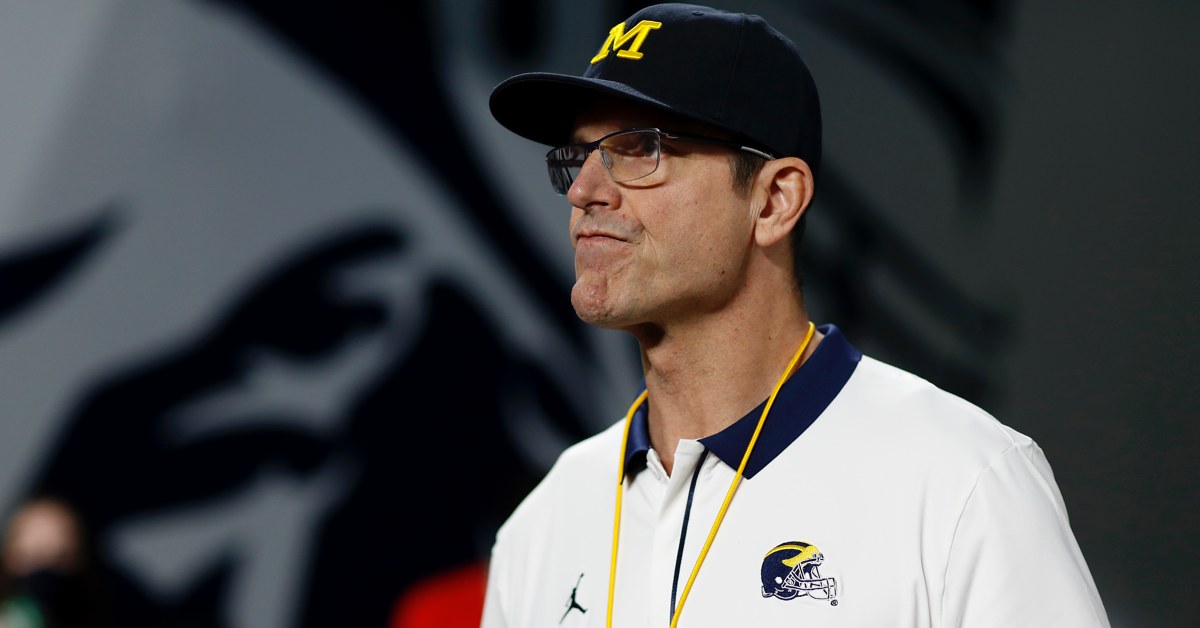 Last month, I wrote about Michigan head coach Jim Harbaugh being linked as a potential head coaching target of the Indianapolis Colts. I completely dismissed the notion. So, of course, here we are … with a report that Harbaugh may bolt from Ann Arbor if an NFL job is offered to him.

I mean, he literally said himself that he was done entertaining the idea of an NFL comeback after the Vikings went with Kevin O’Connell as their head coach last year.

“There was a pull to the NFL because I got that close to the Super Bowl, but this was the time. And this is the last time. Now let’s go chase college football’s greatest prize.”

But at The Athletic, Nicole Auerbach, Bruce Feldman, and Austin Meek reported that a source close to Jim Harbaugh believes that “it is a done deal” if he gets an NFL offer this offseason.

Harbaugh led the Michigan Wolverines to an undefeated season and a Big Ten Championship, but they saw their season end on Saturday with a heartbreaking loss to TCU in the CFL semifinals.

Harbaugh is 44-19-1 as an NFL head coach and would be an early favorite for the Broncos and Colts jobs if he was to seriously entertain a return to the NFL ranks once again this offseason. Despite signing a massive extension with Michigan, a buyout would only cost Michigan $3 million this year, which decreases each year after that.

I still find it pretty hard to imagine Harbaugh going back on his word that he was done with the NFL return idea to leave Michigan only to take over a dumpster fire like the ones in Denver and Indianapolis. But apparently, we haven’t heard the last of Harbaugh to the NFL quite yet this winter.

You can check out the story at The Athletic, here: