REPORT: The Texans Are Firing Lovie Smith Skip to content 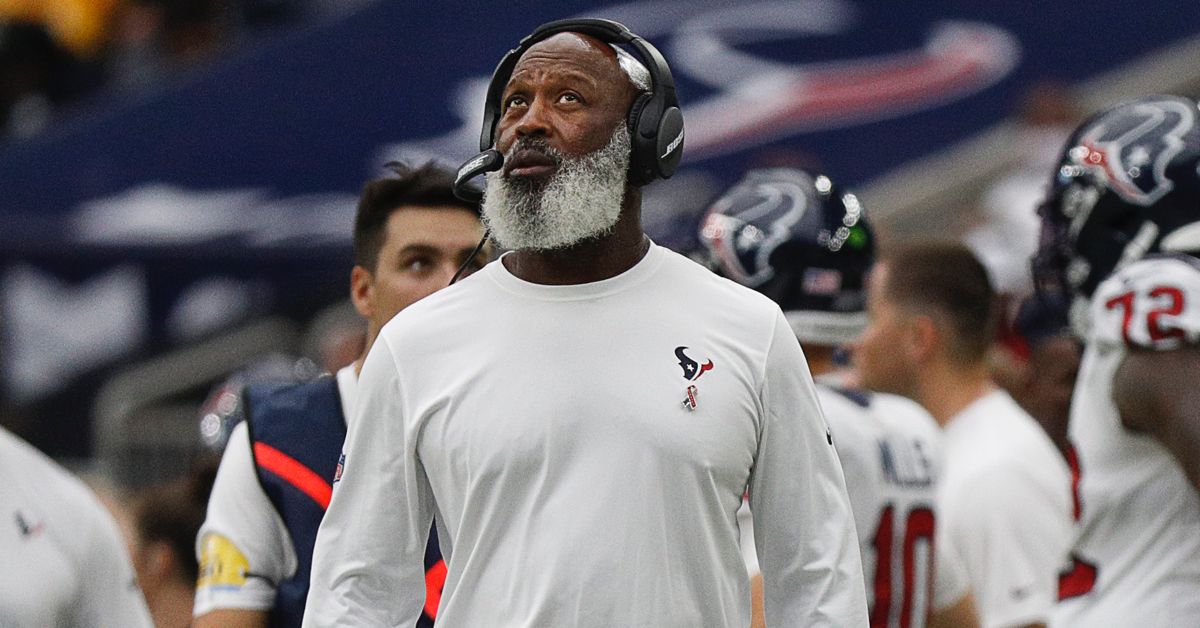 Lovie Smith goes down a hero.

Smith, who entered Week 18 on the hot seat, is reportedly being sent packing by the Houston Texans:

The decision reportedly comes hours after Smith led the Texans to a last-second come-from-behind win against the Colts. It was a victory that Bears fans have been celebrating all afternoon and into the evening because it gave Chicago’s football team the No. 1 overall pick. But on the other side of the coin, Houston’s triumph took the Texans out of the mix for the first pick in the upcoming 2023 NFL Draft. That ultimately might’ve been the last straw for Lovie’s time with Houston. And if it is, that is a heckuva way to go out.