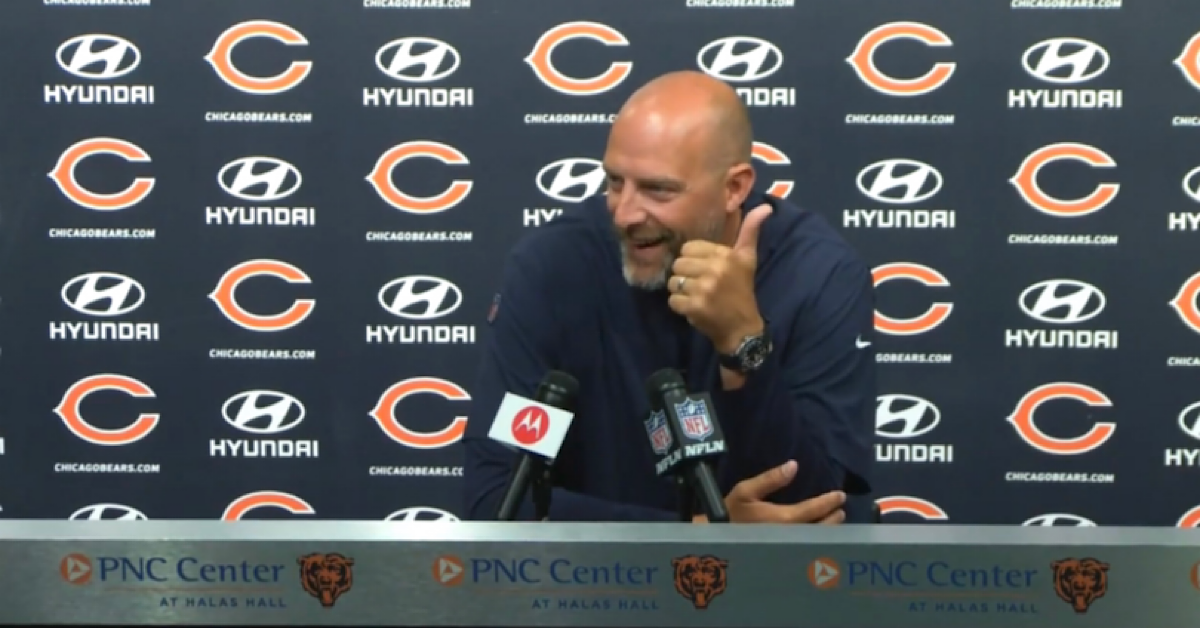 So many NFL teams look for the hot, new thing when on the hunt to fill coaching vacancies. But we’ll also get a fair amount of retreads getting interviews from time-to-time. And after watching Doug Pederson guide the Jaguars to a playoff win, perhaps more retreads will get a second-shot at coaching opportunities.

Indeed, that might be happening with Matt Nagy, the former Chicago Bears head coach, who is being requested for an interview to be the Tennessee Titans’ next offensive coordinator:

Or maybe the Titans are just desperate for help.

Tennessee’s offense stunk down the stretch. There is an argument to be made that they were missing quarterback Ryan Tannehill, who was limited to just 12 games due to injuries. And there is definitely a case to make that trading receiver A.J. Brown (instead of extending him) was the first domino to tip over before seeing the Titans’ offense ultimately fall apart. But how is hiring Matt Nagy going to fix any of that? It’s not like we don’t have four years of him being a lead play-caller who left much to the imagination for the better part of three years. And while we know running back Derrick Henry is the lone bright spot of Tennesee’s offense, we also know that Nagy had a tendency to forget the running back position exists in the first place. Heck, he discarded the fullback position entirely after Year 1 in Chicago.

Are the Titans suuuuuure they want to do this?

On the one hand, I want to give the Titans (and any Titans fans) reading this fair warning about hiring Nagy. Remembering offenses ranking 29th (2019), 22nd (2020), and 27th (2021) in points scored gave me bad flashbacks. The numbers for those seasons might as well be red flags to me. But on the other hand, just because Nagy came up short in Chicago doesn’t mean he can’t fix his issues somewhere else. The NFL is all about making adjustments. Nagy didn’t make enough of them in Chicago. Hence, the Bears sent him packing at the end of the 2021 season.

I suppose it is possible that Nagy’s return to K.C. gave him a newfound perspective. Losing a head-coaching gig and having to go back to Andy Reid had to be a humbling experience. And with that in mind, maybe Nagy is ready to get back out there again. Best of luck to him if that is the road he takes. I’m just glad my favorite team isn’t kicking the tires on him in hopes he can fix the offense. Been there. Done that.