David Montgomery Seeking a Larger Deal Than Bears Are Willing? Skip to content 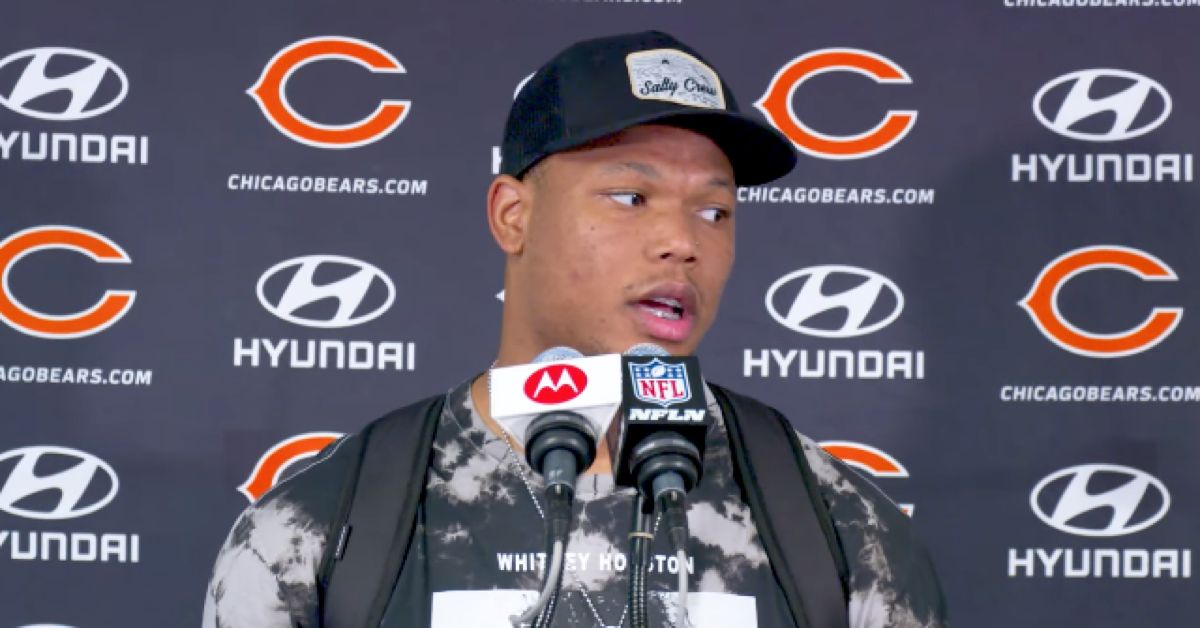 Throughout his time in this city, David Montgomery has been the quintessential Chicago Bears running back — a hard-nosed runner who’s tough to bring down.

Watching Montgomery break tackles and shed defenders every Sunday has been fun to watch over the last four years. Montgomery has also grown into having a strong locker room presence. He has been a hype man, team leader, tireless worker, and someone with a quality perspective. All in all, Montgomery has been everything you could’ve wanted from a Bears running back taken in the third round of the 2019 NFL Draft.

But it appears as if Montgomery’s time in Chicago is drawing to a close.

The fourth-year back will become a free agent when the new league year begins in March. And even though there were once whispers regarding a possible extension, those have become quieter as the year goes on. Montgomery played coy last spring and during the summer when asked about his contract status. There was even a report that the Bears might wait it out to see how he fits in the offense. Ultimately, it has been all quiet on the extension front.

If you’re wondering why things have gone silent in that regard, I feel as if reporting from 670 The Score’s Chris Emma paints a picture explaining why (bold emphasis mine):

Montgomery might seek $12 million annually, which is what running backs Aaron Jones (Packers) and Joe Mixon (Bengals) receive from their teams. That figure is tied for the seventh-highest annual salary for a running back. It would be a reasonable request from Montgomery, though the Bears might be more inclined to want to pay something like the $7 million annually that Leonard Fournette (Buccaneers) and James Conner (Cardinals) make. Those two running backs pull in the ninth-highest salaries at their position.

From Monty’s perspective, it’s sensible to seek a deal that puts him among the top 10 earners in terms of average salary at the position. After all, you can’t get what you don’t ask for. But for the Bears, they might not want to give Montgomery that type of deal. Heck, they might not want to give *any* running back that type of contract. And that’s another reason to take note of Emma’s insight.

We’ve been discussing the possibility of the Bears pursuing free-agent-to-be running back Saquon Barkley for a while. And I’m not sure that chatter is going away — especially if Montgomery’s departure creates a vacancy at the position. But it is tougher to envision Chicago ponying up for Barkley if they aren’t willing to get to a place where they’re paying Montgomery top 10 money.

Then again, Barkley and Montgomery are two different types of players. Their rushing styles are different. As are their contributions in the passing game. Nevertheless, part of me thinks that buzz of the Bears not being willing to pay $12 million per year for a running back is a sign that they have an idea of where their cap is when it comes to spending at that position. Which is good to know.

In the end, there is still time for Monty and the Bears to find a middle ground. But I’m not sure they will if they’re this far apart as of now.