They Don't Ask How, They Ask How Many: Blackhawks 6, Blue Jackets 5 (SO) Skip to content 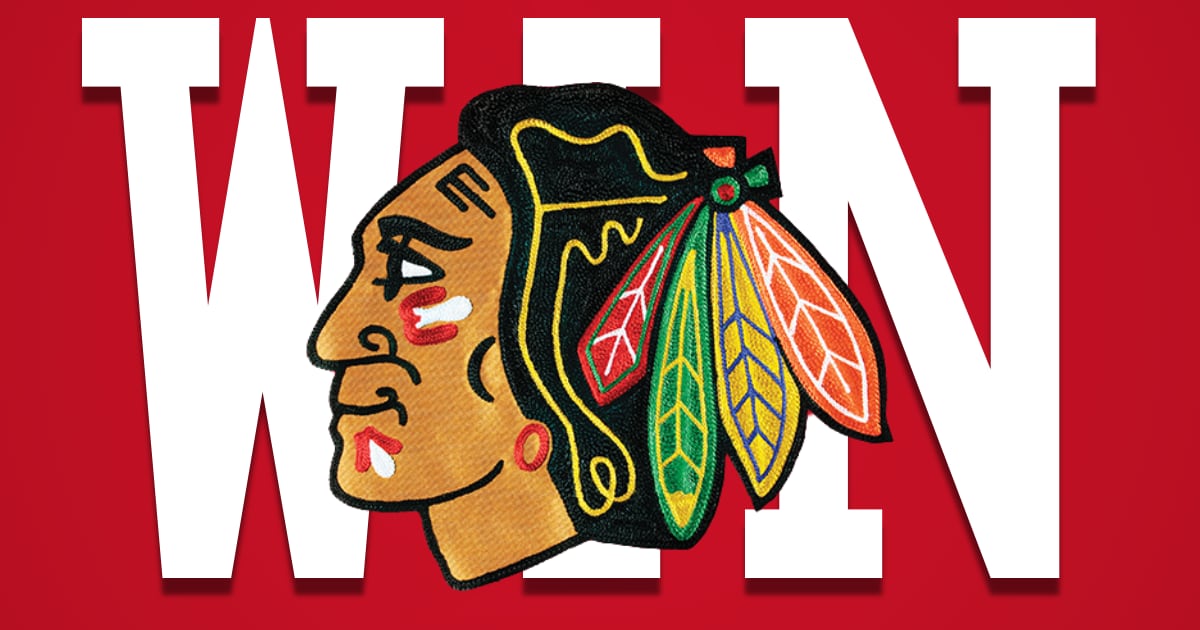 Tonight was one of those games where you knew it wasn’t over until the final horn.

The Chicago Blackhawks topped the Columbus Blue Jackets (a 6-5 win in the shootout) in their fifth meeting of the season. The Blackhawks are now 3-2-0 against the Blue Jackets, moving their overall record to 10-6-4 through 20 games. Chicago came into the game sitting in fourth-place in the Central Division based on points and point percentage, and they will hold that position after the shootout win.

So where do we begin? Well, Kevin Lankinen wasn’t great in this one (25 saves on 30 shots), but he was just good enough and came up huge with two saves in the shootout and a big stop on a penalty shot in the second period.

Lankinen’s record this season moves to 8-3-3 with the shootout win. He has made every start against the Blue Jackets this season.

Another less-than-stellar performance tonight came from the Blackhawks penalty-kill unit. They killed only one of the four penalties they faced, allowing Patrik Laine to terrorize them from the left circle scoring two of the Blue Jackets’ three powerplay goals on the night.

Yes, Chicago controlled the scoreboard all night, never trailing in the game, but they also blew a 2-0, 3-2, and 5-3 lead. The simple fact is this group is young and still learning how to be a team that can compete and contend night after night. Eventually (hopefully), closing out games and/or finding ways to keep their foot down on an opponent (while they have the chance) is something that will come to them.

But until it does – luckily for Chicago – there are these two guys named Patrick Kane and Alex DeBrincat. Both players got on the scoresheet tonight with an assist and a shootout goal from DeBrincat and a four-point night from Kane.

Kane scored his 398th career goal in the first period, and tallied three assists on the night to move his season total to 30 points. He leads the team in points and has put in nine multi-point games this season through 20 games played.

You’re not going to be able to lean on these two all season, but on night’s like tonight, it’s great to have elite level players like them. The Blackhawks take on the Blue Jackets again on Thursday at 6 p.m., let’s hope for less of a track meet game then.

Man, with all these postgame questions to Patrick Kane about having his best season of his career, I think we got a couple of BN Blackhawks readers in the media roomhttps://t.co/gCycsbe4Rr

•   BRANDON HAGEL SCORED. His first career NHL goal, which even though it’s only been over a dozen games, feels like it’s been a LONG time coming.

•   It was great to see Adam Boqvist get his first goal of the season tonight as well. He’s had an up and down start to the year, and he’s had to deal with COVID. It’s encouraging to see him playing confidently in the offensive zone.

Adam Boqvist scores his first goal of the season and Patrick Kane picks up his fourth point of the game. #Blackhawks pic.twitter.com/wz7wM4cNHH

•   Connor Murphy played 25:24 minutes in his return to the lineup after a hip injury, the second most ice-time on the team tonight. He looked comfortable getting back out there, so that’s another encouraging sight.