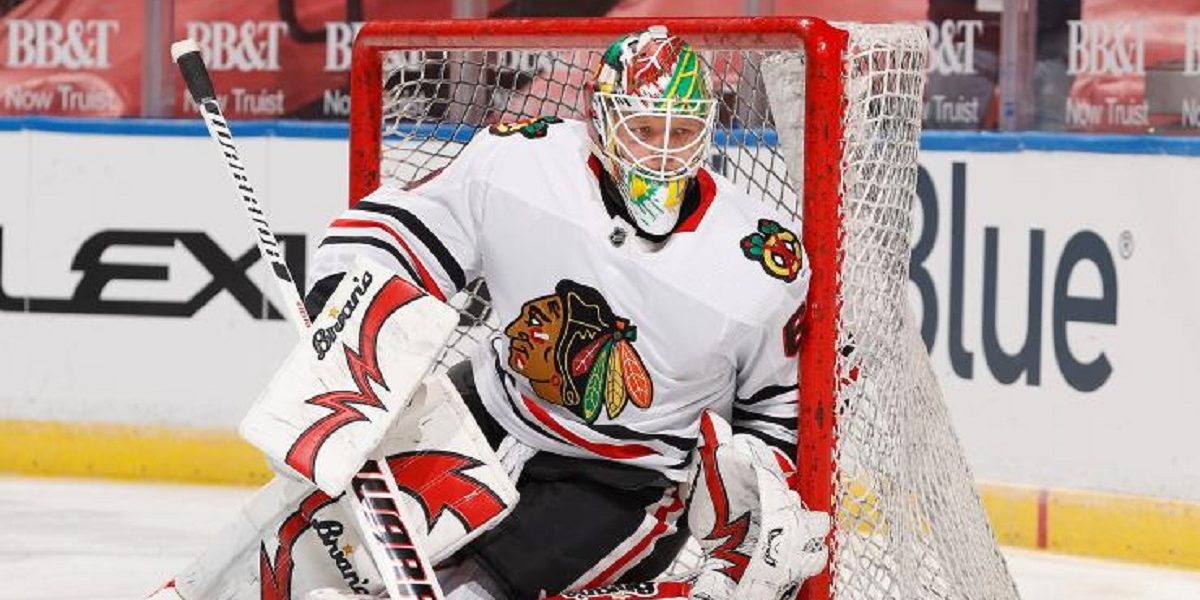 On Friday afternoon, the Chicago Blackhawks made handful of roster moves between the Taxi Squad and the Rockford IceHogs in the AHL.

Whew. Got all that?

ROSTER MOVES: Forwards Brad Morrison and Mikael Hakkarainen and goaltender Matt Tomkins were re-assigned to the taxi squad from the @goicehogs.

Although that’s a lot to track, Delia’s assignment is certainly the most notable. He will be able to to spend up to 14 days with the IceHogs before the Blackhawks must either recall him back to Chicago or place him on waivers to keep him in the AHL beyond the 14-day period.

As we discussed this morning, Delia has been the odd-man out in the Blackhawks goaltending rotation ever since the emergence of Kevin Lankinen (and, to a lesser extent, Malcolm Subban). He has not played in a game since January 17 against the Florida Panthers. In two starts for Chicago this season, Delia is 0-2-0 with a .863 save percentage and a 5.00 GAA.

Over the next 14 days, the IceHogs have six games beginning tomorrow with a road game against the Cleveland Monsters. It is likely that Delia will get the majority of the starts for Rockford during his conditioning stint. Especially since the Blackhawks recalled Matt Tomkins, who has started the majority of games this season for the IceHogs.

Along with Delia, the trio of Beaudin, Johnson, and Kalynuk also get a chance to get into game action with the IceHogs. They are waivers-exempt players, so they are able to move between the NHL and AHL freely. As for the three players moved up to the Taxi Squad, I wouldn’t put much to any weight on them being moved up and likely you will not see them play with the Blackhawks.