Patrick Kane Is the Central Division Star for the Month of February! Skip to content 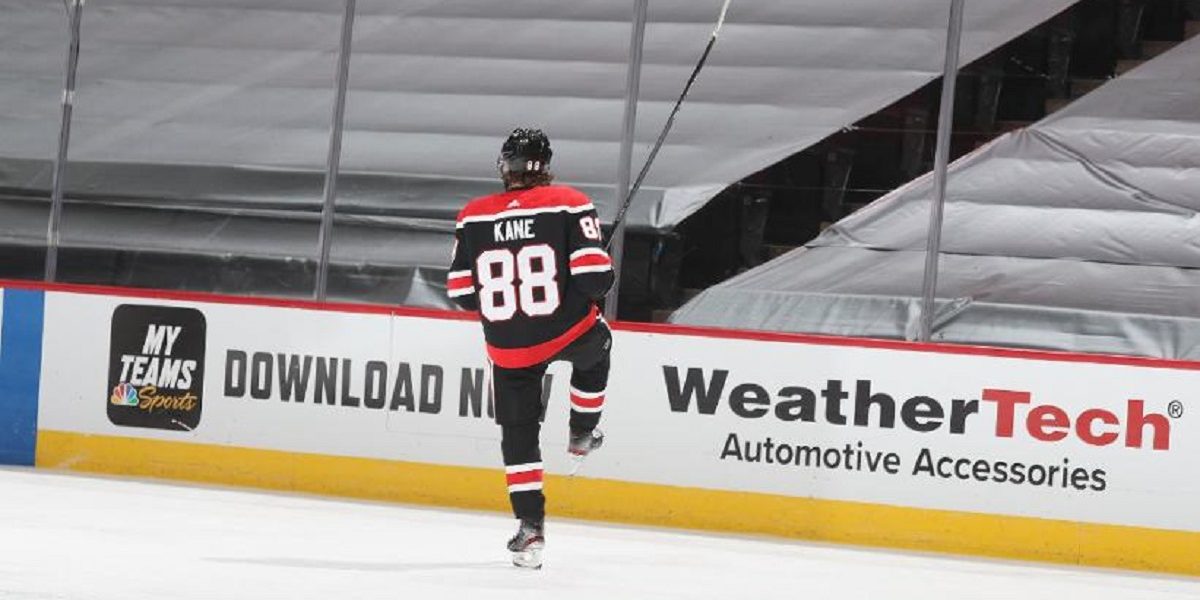 After being named the Second-Star of the week last week, Patrick Kane can now add Central Division Star for the Month of February to his list of recent accolades.

The NHL is honoring their star players and a corresponding frontline hero each month. Along with Kane in the Central Division is Qudus Rabiu, a registered nurse at Chicago’s Rush University Medical Center.

Rabiu works as a registered nurse at Chicago’s Rush University Medical Center, where he has helped convert the orthopedic floor into a COVID-19 response unit. He has been training new nurses throughout the pandemic, providing mentorship and support during an unsettling time that has caused extra stressors due to increased demands on the system. “It has been an honor being on the front lines and caring for others during these trying times,” Rabiu says. “I encourage everyone to continue washing their hands and wearing a facial mask regularly, so we can come back into United Center and cheer our Blackhawks on!”

Hats off to him and all of our frontline heroes during the COVID pandemic.

As for Kane, his contributions on the ice to the Blackhawks this month helped them run a 9-3-1 record in 13 games, good for the second-best February stretch of any team in the league. Kane led the NHL with 24 points in 13 games, moving him up to second in the NHL in scoring with 34 points this season.

His 24 points in February match his career-high for any month (tied with November, 2019).

He also had the highest average ice-time per game of all forwards in February, averaging 22:51 minutes per game, and tallied his 400th career NHL goal, making him the 100th player to do so in league history. He joined Bobby Hull, Stan Mikita, and Steve Larmer as the only Blackhawks to reach 400 goals with the club in franchise history.

We recently discussed his legacy:

Where Will Patrick Kane’s Career Rank Among Hockey’s All-Time Greats?https://t.co/rgCXNeeOEj