In His Words: Brent Seabrook Details His Decision To Retire Skip to content 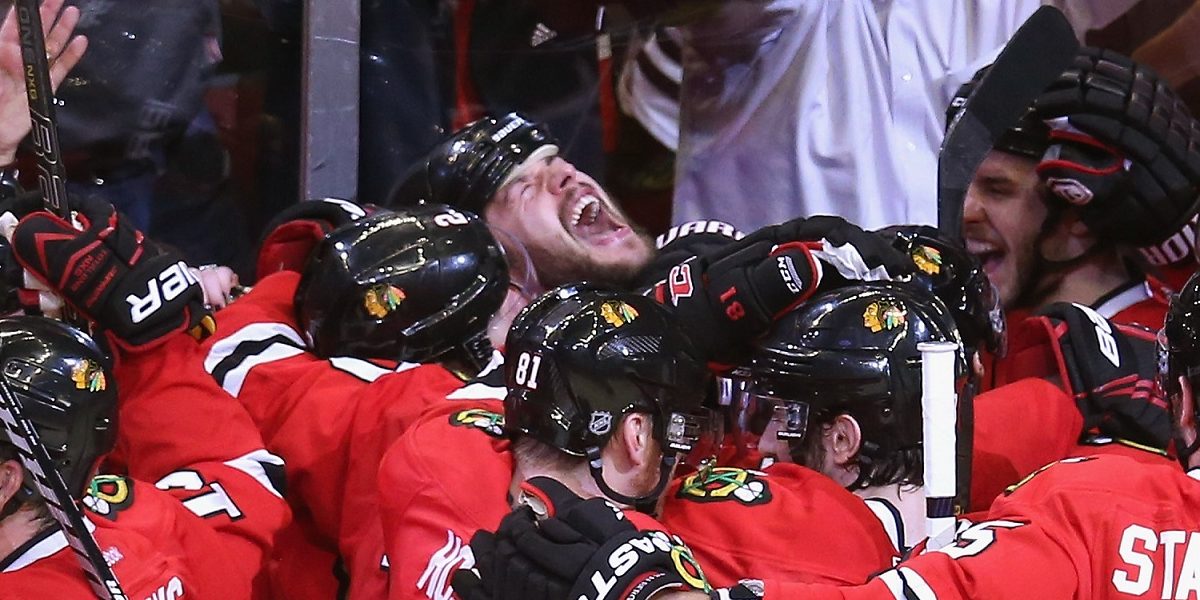 Brent Seabrook gave everything to the Chicago Blackhawks for 15 years. Everything including his body. After announcing his retirement on Friday morning, Seabrook met with the media to talk about his decision and what went on with him over the past year since his surgeries.

Seabrook: "I wouldn't change anything for anything. I gave it all I had."

Brent Seabrook on hanging up the skates: "I don't know if it was a decision I made or one my body made for me." #Blackhawks

Taking hits, blocking shots, and the ability to play through pain is revered in hockey. Seabrook was the ultimate embodiment of putting his body on the line for the betterment of the team. It finally caught up to him in the past two seasons. Seabrook was slower on the ice and wasn’t able to move like he used to, which even then he wasn’t the most fleet of foot player. He pushed off having necessary surgeries until last winter, when he had procedures on his shoulder and both hips.

Brent Seabrook: "It was the Monday before Christmas, I woke up and I couldn't walk. I didn't know why. It's been like that ever since." #Blackhawks

Seabrook was skating over the summer with the Blackhawks before they headed into the postseason bubble in Edmonton, but did not join the team at that time for the playoffs. He was skating again prior to the beginning of training camp in early January, before a back injury derailed his comeback to the Blackhawks. On Friday, he and team doctor Dr. Michael Terry, announced that a recurring issue with his right hip was the reason for his retirement decision.

Brent Seabrook said he has basically no cartilage in his right hip. "I told my body to screw off for 15 years, it finally turned around said, well, I'm not gonna do it anymore."

It’s tough to see a player that means so much to the organization and the fans have to call it a career before he was ready to. Ultimately, he has to do what is right for his long-term health and the future of his family. A decision a lot of athletes sometimes make too late in their careers.

Brent Seabrook said they've talked about a hip replacement, whether it's tomorrow or 10 years from now. Too often he'd wake up unable to move lately. "Try to live a great life. I want to go skiing with my kids and coach my kids."

After 15 seasons with the Blackhawks, Seabrook is regarded as one of the all-time greats to wear the Red and Black. He finishes his career with three Stanley Cup championships and is the all-time leader in postseason goals scored by defensemen in Blackhawks history. We talk a lot about number retirements, but I think there’s a very strong case to put No. 7 up into the United Center rafters in honor of both Brent Seabrook and Chris Chelios. It seems like the right thing to do.

"There's a lot of things I'm gonna miss. I love to play the game. I love to compete. … Love the process of getting ready to play. Love being around the game when we feel crappy and everybody pulling on the rope trying to get ready the next day."
Brent Seabrook

It’s unknown what the future looks like for Seabrook. He says he wants to be involved in the Blackhawks organization and I would think that the Blackhawks would love to have him around as an ambassador for the team, or even in a higher position down the line. If there’s one thing we know about the organization, it’s that they love to keep their loyalties to the players who brought them success.

Seabrook: "I'm excited about what's next. I love hockey. I love the Blackhawks organization. I'd love to circle back to that in the coming years."

I have no doubts Seabrook will be hanging around the Blackhawks for a long time.

Brent Seabrook's message to the fans:
"It was a fun ride and I had a blast putting on that Blackhawks jersey every night and competing for you guys. Now more than ever you realize how important the fans are to the game. It sucks without them."