It's Been 30 Years Since the Blackhawks-Blues "St. Patrick's Day Massacre" Skip to content 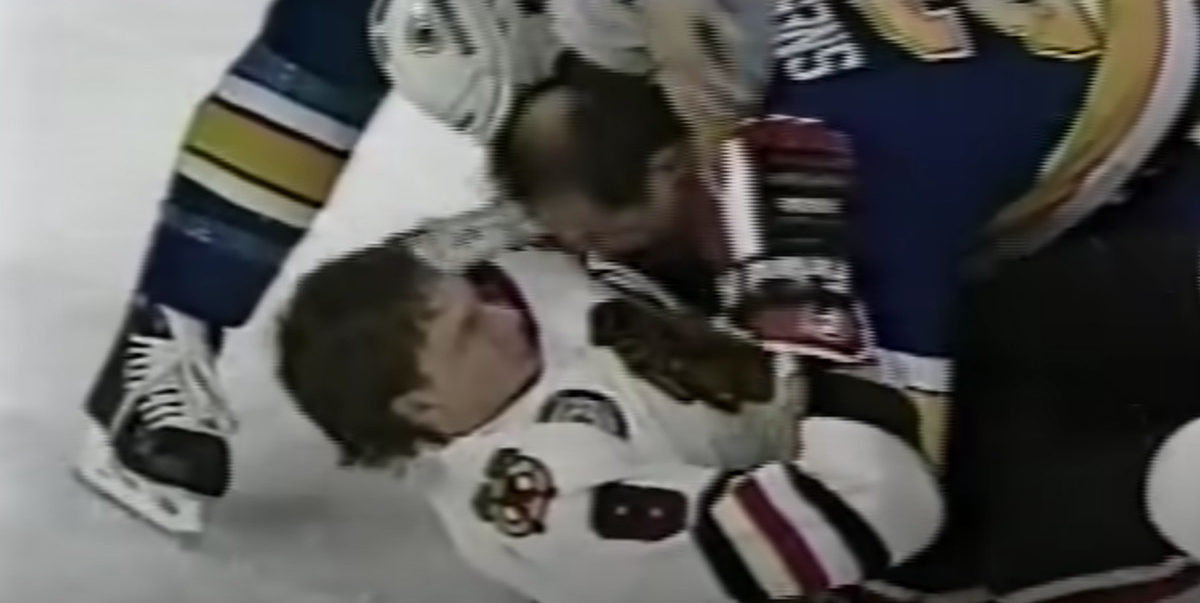 30 years ago today, we witnessed one of the biggest brawls in Chicago Blackhawks history.

On March 17, 1991, the Blackhawks and St. Louis Blues were in a battle, literally, for the top spot in the Norris Division and the NHL at the historic Chicago Stadium. They had met in the postseason the three previous years and had been two of the top teams in the NHL in the late-80’s and early-90’s.

The game was a rough 60-minute affair, which saw the Blackhawks come out on top 6-4 in the end. But along the way, 12 players were ejected, three players earned suspensions, and 278 penalty minutes were handed out between the teams after brawls in the first and second periods.

Some of the most iconic scenes from the fights include Dave Manson calling out Scott Stevens to center ice and the bare benches for both teams following the second period tussles.

The penalty summary is a sight to see:

Truly wild times in the NHL.

The Blackhawks would go on to win the President’s Trophy as the league’s best regular season team and ended up losing the first round of the Stanley Cup Playoffs to the Minnesota North Stars.