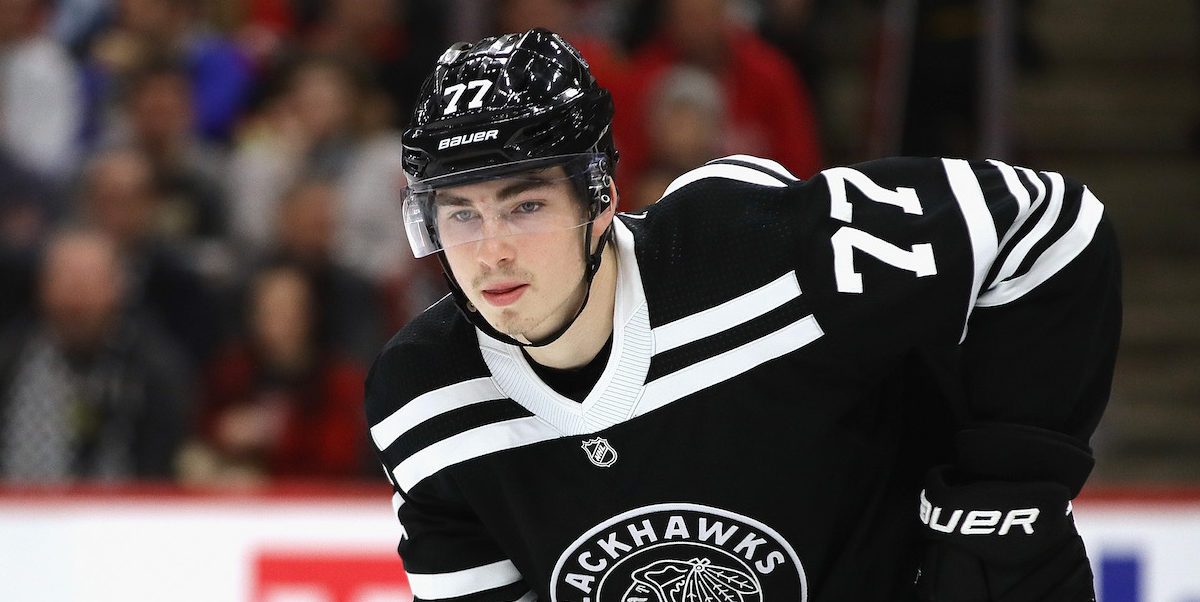 While there is still no set date for Kirby Dach to officially return to the Chicago Blackhawks, it appears he’s still ahead of schedule.

Dach, who has been out of action the entire season after undergoing wrist surgery to repair a broken wrist suffered back in December, has been skating with the Blackhawks for the past three weeks and has increased his activities in practices over the most recent road trip.

Dach appears to be allowed full go in practice. pic.twitter.com/B5CqGx8pOf

The last we heard about any updates to Dach is that he is ahead of schedule in his return from broken wrist surgery after suffering the injury at the World Junior Championships. He was initially given a four-to-five month timeframe for his return to full health, making April 28th the earliest date Blackhawks fans could have expected him to return.

Over the past few weeks, that return date seems to be accelerated.

Jeremy Colliton said there’s still no timeline on Kirby Dach, who was a full participant in practice today: “We keep giving him more and more and that’s encouraging.” #Blackhawks

According to head coach Jeremy Colliton, the plan for Dach upon his return is to play him at Center and have him taking faceoffs. As you can imagine, having healthy wrists is important to taking faceoffs. Dach was previously participating in Blackhawks practices as a non-contact participant, but at today’s practice as The Blackhawks prepare for a two-game set against the Florida Panthers, Dach was able to participate with “some contact.”

As a rookie last season, Dach played in 64 games with 23 points for the Blackhawks. He also tallied six points in nine postseason games this past summer in the Stanley Cup Playoff bubble. Dach’s return seems likely to happen before the NHL trade deadline on April 12th, making him an “acquisition” for the Blackhawks as they prepare for the final month and a half of the regular season and playoff push. After recently getting Dylan Strome back in the lineup, adding Dach would be another injection of high-end talent into the lineup at the right time of the year.