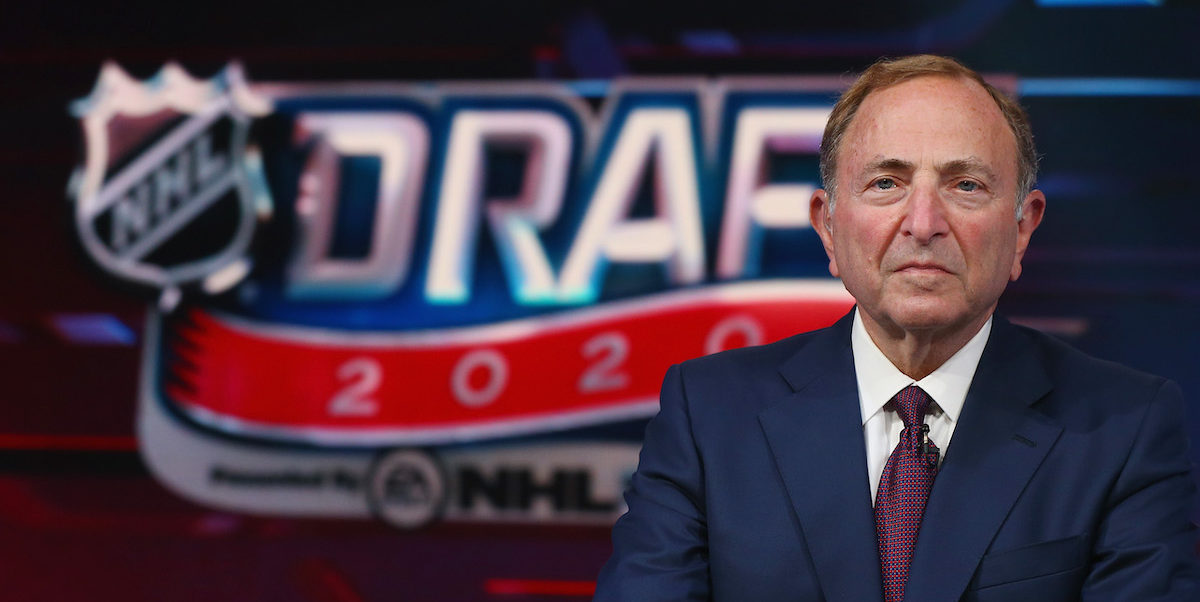 With just four games remaining for the Blackhawks and no postseason in the future, the 2021 season is all but over for Chicago. However, the season wasn’t a total loss. Anyone watching knows that the emergence and development of a number of young players into viable NHL regulars, most of whom will be part of the lineup next season, was a major accomplishment.

And they were singular in that regard this season:

Here are each NHL team's total games played by rookies this season. Blackhawks have the most: pic.twitter.com/PLtpoTJvnA

And that should continue into next year, with some new additions, of course.

As the Blackhawks prepare for the offseason, the NHL Draft is going to be a major focal point. Missing the playoffs puts the Blackhawks in the draft lottery, though you should expect them to draft somewhere between the 10th and 13th picks, based on how they finish the final few games of the season.

With three picks in the first two rounds, the Blackhawks have a decent shot at addressing three of their top needs as they look to build back a team that can compete for Stanley Cups, plural. In those first three picks, it’s probable that Chicago will take at least one player that will fit any of these needs below, but the most glaring for me is Chicago’s need for a dynamic top-six forward.

While the Blackhawks saw a number of players in their forwards group make great first impressions this season, there is still a need to find top-line forwards – specifically a top center to go along with Kirby Dach. Players like Philipp Kurashev and Brandon Hagel, along with Dach and Alex Nylander figure to be top young forwards for the Blackhawks next season. Add in young veterans like Dominik Kubalík, Alex DeBrincat, and maybe Dylan Strome and Chicago has a good start to building their next forwards core.

Looking ahead to next season, there’s possibility that 2020 first-round pick Lukas Reichel could make his North American debut with the Blackhawks and make an impact. But beyond the players who made their debuts this season, there’s not much left in the cupboards for the Blackhawks to point to as their next “wave” of young, promising forwards.

In the range of the 10, 11, 12 picks in the first round, there’s going to be plenty of forward options. One name that is on my radar is Cole Sillinger. Decent size for an 18-year-old to grow into, playmaking ability, and the groundwork for an effective two-way game make Sillinger my top target for Chicago to fill this need.

Much like the forward group, the defensive youth for the Blackhawks this season took major steps forward. Players like Adam Boqvist, Nicolas Beaudin, Ian Mitchell, and Wyatt Kalynuk showed a solid baseline for the blue-liners to reach their NHL potential. Boqvist took a major step forward in his development as far as his defensive responsibilities, which was what you wanted to see from him this year before his season was cut short. Beyond Duncan Keith and Connor Murphy, this young group of defensemen in Chicago may likely stick around for a while.

More than the forwards group ahead of them, the defensive system for the Blackhawks has much more depth to it. It helps that the Blackhawks have focused on getting the position right over their past few drafts. Behind players like Boqvist, Beaudin, and Kalynuk, the Blackhawks have some big bodies that will have some time to develop before making their way into the NHL with Alec Regula, Alex Vlasic, and Michael Krutil. Quick, puck-moving defensemen have been the focus for Chicago recently, but they need to find a more all-around defenseman who can be used in all situations who has a bigger frame.

All three of these players have decent size to them as draft prospects, but the fall of Carson Lambos, once a top-five prospect, will likely benefit the Blackhawks if they want to address this need with their first round pick. Lambos does a lot well, but not much at a super-elite level. If he finds consistency in his game at the next level, he could develop into a significant minutes-eating defenseman that can be used in all three zones.

Kevin Lankinen made the transition for the Blackhawks out of the Corey Crawford era much easier than it was expected to be. But, for as much good as Lankinen did this season, there’s still a lot to be desired from a player who is supposed to be an NHL starting goalie. Is Lankinen the long-term answer? Likely not if the Blackhawks want to be able to get over the hump into the upper echelon of the league. Lankinen, along with Malcolm Subban and Collin Delia are a trio of “maybes” in the NHL and likely would be backups to most other starting goalies in the NHL this season.

The Blackhawks had an opportunity to address this need in the last draft with Yaroslav Askarov being drafted 11th overall by the Nashville Predators, but there were no takers in a draft-day trade for Chicago and they ended up taking Drew Commesso in the second round. Commesso hasn’t been too bad of a consolation prize, being named to the NCAA Hockey East All-Rookie team this past season at Boston University.

Unlike most drafts, this year is likely to produce two goalies drafted in the top-20. The prized goalie in this year’s draft class is Jesper Wallstedt from Sweden. Wallstedt’s value is all over the board, going as early as the top-three and as late at 12th pick in most mock drafts and rankings. It’s unlikely that Wallstedt will fall that far and into the Blackhawks’ lap, but if they wanted to take stab at a goaltender in the first round, they could find another consolation prize in Sebastian Cossa.

Three picks inside the top 50 for the Blackhawks could mean that we see all three of these needs addressed in the first two rounds of the draft. With Chicago’s depth at defense, I wouldn’t be surprised to see at least two or all three picks in the first two rounds used on forwards to replenish the organizational depth of the position after so many players made the jump to the NHL in 2021.