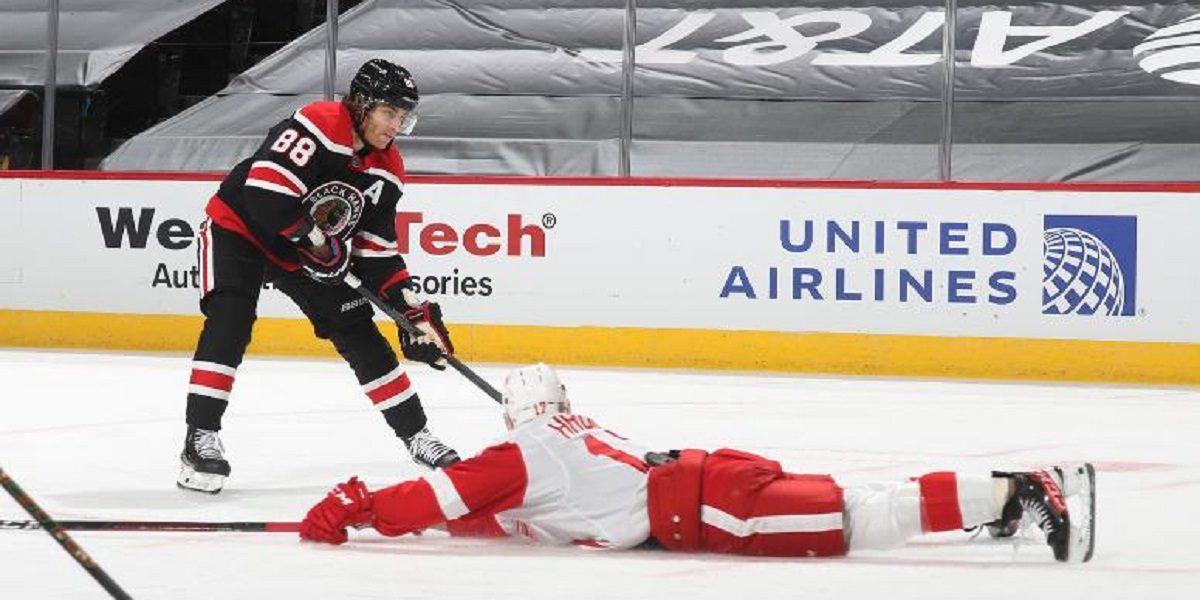 The Chicago Blackhawks are holding their exit interviews this week with players, coaches, and the front office. This is usually a time when we learn about what the players will be doing in their offseason and what their overall outlook on the year prior turned out to be. Another level of honesty we get is the disclosure of some injuries that certain players either had or are still dealing with. On Tuesday, for example, Patrick Kane said in his exit interview that he has been dealing with a “minor” injury since prior to the 2020 playoff bubble in Edmonton.

Patrick Kane says he's been
"dealing with one little issue" since the bubble and hopes he can get it fixed. Says he feels good physically and likes all the minutes, though.

Kane wouldn’t disclose exactly what the issue was, but that his plans in the offseason is to just get the issue fixed and move on from it. He said that there was a system in place to make the issue un-impactful in some games, but hindered him in others.

Patrick Kane said he's been dealing with "one little" injury issue that dates back to the bubble last season: "Trying to figure that out and hopefully it's nothing too serious." #Blackhawks

Hopefully the issue is, in fact, nothing major and Kane will be back at full-health for the 2021-22 season.