BEHOLD! The Chicago Blackhawks 2021-22 Schedule is Here Skip to content

After revealing the 2021-22 NHL schedule on ESPN this evening, we finally have the full, 82-game schedule for the Chicago Blackhawks next season. 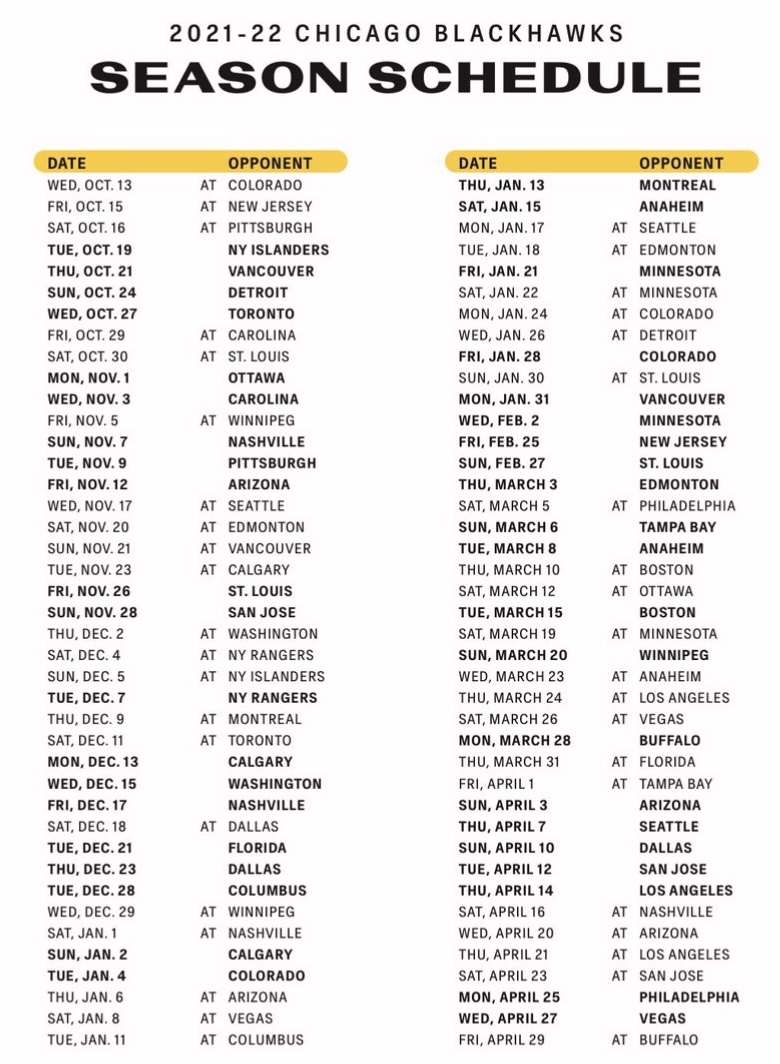 Some key dates to keep circled on your calendar:

And here are some other key dates for the offseason preceding this season, in case you need a refresher.

The 2021-2022 NHL Offseason: Dates, Deadlines, and When to Expect Things for the Blackhawkshttps://t.co/skbszWB37q