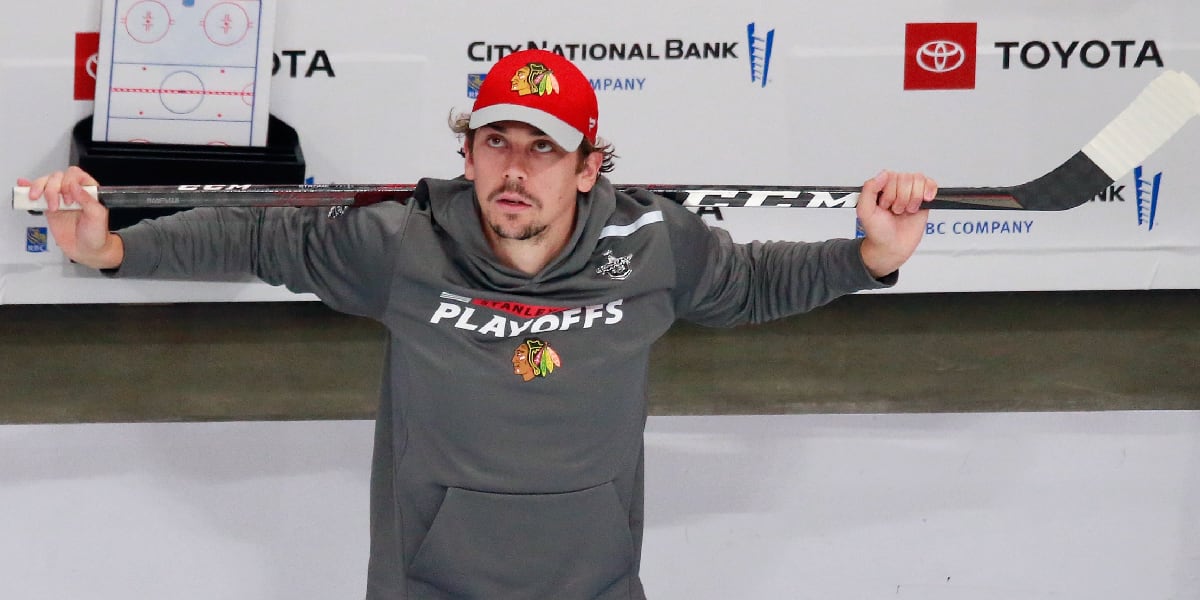 Good morning Blackhawks fans! The Hawks will return to the United Center tonight, set to take on the Islanders in their home opener after a treacherous three-game road trip in which they were able to salvage only a single point in an overtime loss to New Jersey. If they hope to reverse the tide, and possibly save Jeremy Colliton’s job in Chicago, the Blackhawks will have to be much better in just about every facet of the game.

If It’s More of the Same on Tuesday Night, the Blackhawks Will Need to Make Changeshttps://t.co/VesmKGpC3r

•   Mario makes some excellent points in his story from Monday afternoon, and even despite key veterans speaking up for Colliton this week, the fact is the Blackhawks spent a ton of money this summer to try to get this club back to the playoffs. While the players need to play better, the head coach will be the first to go if we get to the point where the front office wants to make an example of someone. Hockey is a business, and if this front office canned Joel Quenneville for a 6-6-3 start after winning three Stanley Cup Championships, then Jeremy Colliton should know that his seat is red-hot in Chicago.

•   Let’s shift gears for a moment and remember a pretty special day in Chicago Blackhawks history when Jonathan Toews scored a wild goal, and some kid named Patrick Kane tallied career goal No. 1.

OTD in 2007 – Jonathan Toews scores one of his best goals in his career and Patrick Kane scores his first career NHL goal. Whata night.#Blackhawks
(🎥 @AltitudeTV) pic.twitter.com/flCIVNohux

•   Speaking of Jonathan Toews and Patrick Kane making a name for themselves early in their careers, let’s wish the guy that drafted them, Dale Tallon, a very happy birthday! If not for Tallon, do we have the amazing three-cup run in the early-to-mid 2010s?

•   Brandon Hagel believes that he’s the perfect forward to man the wing opposite Patrick Kane and mentions Kirby Dach as the ideal center for that line. I second this motion. The DeBrincat-Johnson-Kane line has looked like Swiss cheese defensively and hasn’t generated much on the other end of the ice in 5-on-5 situations, so what the heck, right?

Brandon Hagel on getting the chance to play on a line with Patrick Kane: “I’m the guy that can go get him that puck for him on the forecheck.” pic.twitter.com/KtJ2PBbWPd

•   Evander Kane is at it again. This time he’s catching a 21-game suspension for submitting a fake COVID-19 vaccination record to the NHL. This guy continues to be his own worst enemy.

•   Dylan Strome still hasn’t been traded, and right now, he’s just sitting around, but maybe he could help this struggling Hawks team? I mean, they’re still paying him, and if you want to trade him that bad, then perhaps he can build some value before he exits by actually playing. After all, it doesn’t seem like other clubs are beating the door down to acquire him.

•   On that note, NBC Sports Chicago’s Charlie Roumeliotis tries to make sense of the Strome Saga:

Where things stand with the #Blackhawks and Dylan Strome, and how we got here: https://t.co/av8RQrtTI9

•   If you’re heading to the United Center for the Blackhawks home opener tonight, be sure to take note of the health and safety protocols in place!

Here are some of the health and safety protocols for the @UnitedCenter as the arena welcomes Bulls and Blackhawks’ fans back for the next regular season. @WGNNews pic.twitter.com/63I8domhZx

•   ICYMI: The Blackhawks will be honoring Marian Hossa and his Hall of Fame induction on November 9 at the United Center when the Blackhawks take on the Pittsburgh Penguins. I will be there, hope you will be too!

•   The Bulls are back, baby! Check out the opening night roster. Spoiler: It’s pretty darn good.

•   I’m not sure why Eddie Jackson would pick a fight with a Bears legend and fan-favorite like Lance Briggs, but Olin Kreutz would like to remind you that Briggs was a tackling machine.

Olin Kreutz Would Like to Remind You That Lance Briggs Was a Tackling Machine (VIDEOS)https://t.co/DLxuyUcfDK

That’s it for today, see you tomorrow!