Around the NHL: Ovechkin and the Conflict in Europe, Chara and Perry Hit the Record Books, NHL Can't Escape its Ways, More Skip to content 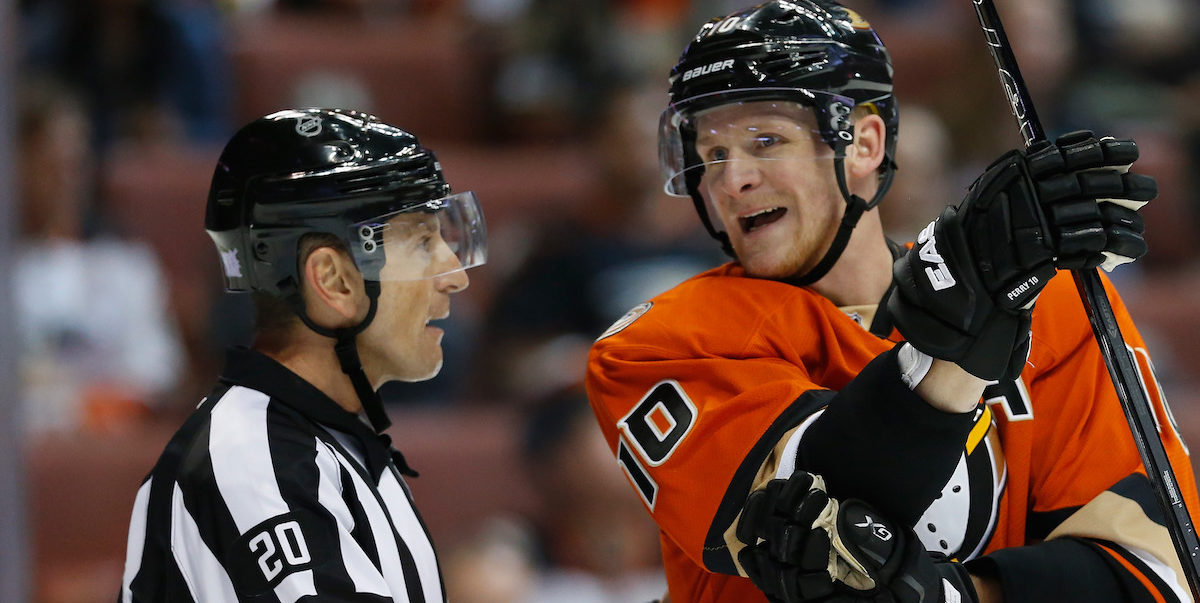 Well, know ya do!

More on Chara and Perry’s historical 24 hours, the Russia-Ukraine Crisis, and the NHL just refusing to escape its old ways in this installment of Around the NHL.

Alex Ovechkin and the Russia-Ukraine Crisis

Washington Capitals forward Alex Ovechkin will be available to the media in the coming days, at which point he will indeed be asked about Russia’s recent attacks on Ukraine. Ovechkin has been a vocal supporter of Russian President Vladimir Putin, even campaigning for him and saying in the past that “being part of this team makes me proud, and it’s similar to the feeling you get when you put on a Russian national team jersey, knowing that the whole country is rooting for you.”

Seeing a lot of "Ovechkin shouldn't have to answer questions about Putin" and that's ridiculous. He campaigned for him. He's always tried to have it both ways by being a hype man for Putin but claiming it's not political. It is absolutely fair to ask him about Ukraine. pic.twitter.com/1i4odOTnvw

However, Ovechkin has asked for time before speaking to the media with his wife, children, and parents still in Russia. We’ve seen in the past the problems that can be created for Russian players playing stateside when they speak out against Putin and the Russian government, most recently when New York Rangers forward Artemi Panarin spoke out against Putin.

Expecting Alex Ovechkin to be available to media in the coming days. He was requested this AM, but Caps want to keep the focus on tonight’s game vs NYR.

This thread from TSN’s Rick Westhead regarding Ovechkin’s pro-Putin stance and the potential dangers of speaking out against the actions of Putin is truly wild.

No doubt Washington Capitals are brainstorming w Alex Ovechkin on how to respond to Q's about Russia's invasion of Ukraine.
Ovechkin in 2017 started the social movement and website https://t.co/130MJwYLT2, a website that helped rally support for Russian President Vladimir Putin.

Bob Murray is Back, and the NHL’s Culture Problem Remains

The news of the Calgary Flames hiring Bob Murray as a scout on Wednesday is a true head-scratcher because he was forced to resign from his previous position of general manager of the Anaheim Ducks amid an independent investigation into toxic and abusive behavior by Murray within the Ducks’ organization. The investigation took place after the NHL’s anonymous hotline received calls regarding Murray’s incidents of abuse and toxic behavior.

The investigation quickly found evidence of those claims, and Murray was out in Anaheim and headed to an alcohol rehabilitation center. Three months later, Murray is back, employed by an NHL team.

Bob Murray is back in the #NHL, less than three months after being forced to resign for toxic and abusive behavior.@OvertimeScottB raises important questions about the optics: What message does this send to those impacted? He asked #Flames GM Treliving:https://t.co/d75g5fVaSh

Here’s what the NHL had to say about the investigation and Murray’s subsequent resignation in November:

“We thank the Ducks’ organization for its prompt and appropriate response to the Hotline reports,” the release continued. “The League and its Clubs are committed to a safe and welcoming workplace across the NHL and will continue to take any and all action necessary to achieve that goal.”

So, how does he end up back in the NHL just a few months later? Sure, this scouting job, which will have him working primarily in California, isn’t quite the same as being a GM. It doesn’t come with nearly the amount of interaction with staff, and more importantly, it comes with no power over other staff members, which was the main reason for Murray’s ousting in Anaheim. Still, this league can’t seem to get out of its ways and shed the toxic culture that has run rampant for decades on decades.

Every time we think that the league is taking a step forward, it takes another two steps back into the dark ages.

On Wednesday night, Tampa Bay Lightning forward Corey Perry joined some exclusive company when he scored his 400th NHL goal against the Edmonton Oilers, the same team he scored his first goal against back in 2005 for the Anaheim Mighty Ducks. Yes, they were still called the Mighty Ducks at that time. Perry becomes the 103rd player in NHL history to net 400 goals.

Corey Perry spoke to the #NHLonTNT crew after his 400th career goal helped his @TBLightning secure the win: pic.twitter.com/pxAZDnKmlB

Perry has played his first 14 seasons with Anaheim before making stops in Dallas, Montreal, and Tampa Bay the past three seasons. The 36-year-old winger and former first-rounder has logged 846 points (400 G, 446 A) in 1,144 NHL games.

The New York Islanders selected Zdeno Chara in the third round of the 1996 NHL Entry Draft. I was six years old … Now, at 31, with two children, both older than I was when Chara was drafted, the veteran defenseman will skate in game No. 1,652 tonight, the most by any defenseman in NHL history. In addition to his 1,652 regular-season games after tonight, Chara has skated in 200 Staley Cup Playoff contests and has a Norris Trophy (2008-09) and Mark Messier NHL Leadership Award (2010-11) to boot.

When he takes the ice for the #Isles tonight, Zdeno Chara will have played more NHL games than any defenseman in league history. pic.twitter.com/BJkmdfR8TG

Most skilled goal in NHL history?

•   The Nashville Predators and Tampa Bay Lightning will get together for the 2022 NHL Stadium Series matchup in Nashville:

A look at the 2022 Navy Federal Credit Union NHL #StadiumSeries “By the Numbers.”

•   Updated NHL standings and playoff chances over at The Athletic:

•   I’m more of an M&M’s guy myself, but this is the type of stuff that makes forever fans:

Good guy Marner trading a stick for some skittles pic.twitter.com/bQ5DRxmIF4

Tyler Seguin bats the puck out of the air to win it for the @DallasStars 🚨 pic.twitter.com/mns2WmE0i8

Big night across the League!