On Friday, Sports Business Journal released some startling numbers from this season’s local television viewing for the National Hockey League.

According to the report, regular-season games on regional sports networks (RSNs) in the United States were down 23 percent compared to last year’s shortened season (per Nielsen data analyzed by SBJ). Notably, the Chicago Blackhawks were down 32 percent from last year.

Nationally, the NHL did well. The new deals with Disney (ABC, ESPN) and Turner (TNT) saw an increase of 18 percent compared to the league’s final season with NBC Sports. The article indicates the average of 460,000 viewers per nationally televised game was the league’s highest mark since 2016-17.

The article notes the data analyzed includes only 23 U.S.-based teams in 20 markets. They did not have viewership data for the Carolina Hurricanes, Nashville Predators or the seven Canadian teams.

SBJ attributes the dip to the fact that the 2021-22 season was… well, normal. It was a full, 82-game season, which is longer than the pandemic-shortened 2021 season that started in January. 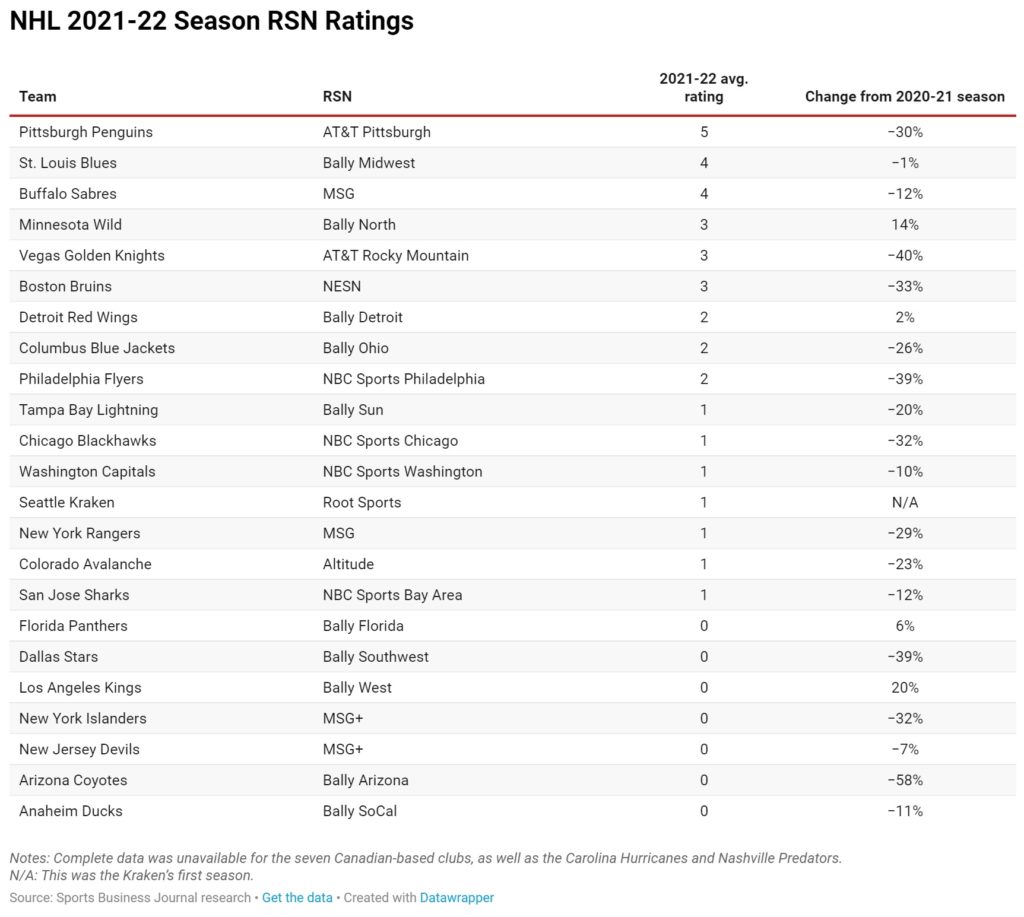