Rumors swirled, but when the TV guy says it’s real… you tend to believe it’s real.

The NHL hasn’t released the full schedule for the 2022-23 regular season (or preseason for that matter), but it appears the Blackhawks are headed to Milwaukee for a game.

Dario Melendez, sports director at WISN Channel 12 in Milwaukee, was the first to tweet that the Blackhawks are expected to play a game in Milwaukee this October at Fiserv Forum, the home of the NBA’s Milwaukee Bucks.

Chris Vosters, who takes over full-time in Pat Foley’s seat as the play-by-play voice of your Chicago Blackhawks, appeared to confirm the news on Twitter later in the day.

Melendez later tweeted that the Minnesota Wild or Nashville Predators might be the opponent. Minnesota makes sense geographically, but the Milwaukee Admirals are the Predators’ AHL affiliate. The Admirals play their home games at UW-Milwaukee Panther Arena, a block from Fiserv Forum.

Which got us thinking about other… visitors… to Milwaukee. 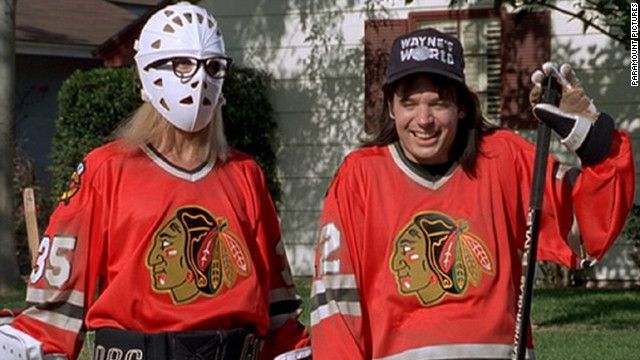