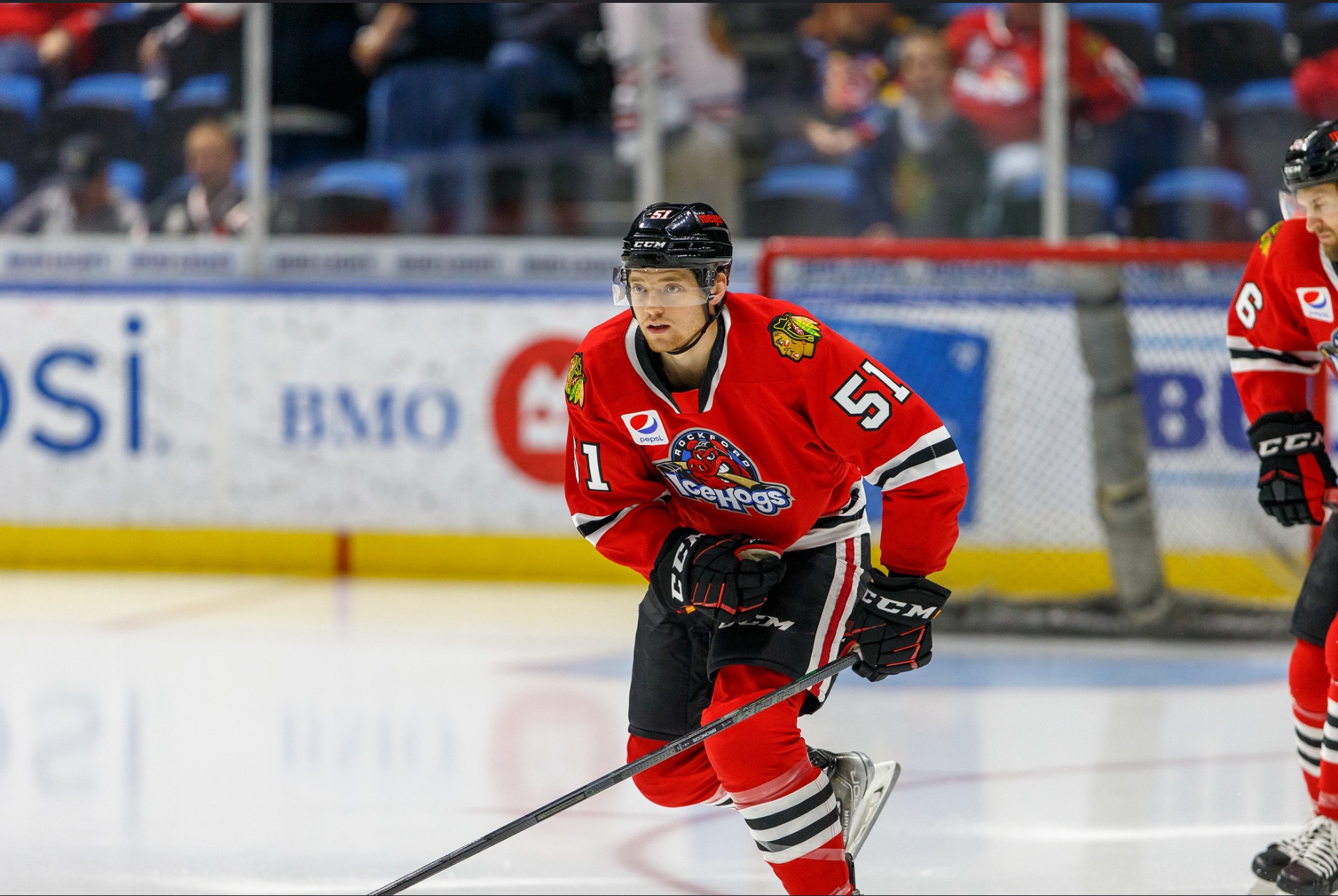 If you’re interested in the future of the Blackhawks — which you should be, since they’re rebuilding — the Calder Cup Playoffs should have your attention right now. And the future Hawks will be in-state for their division semi-final round matchup.

Rockford gets a shot at their rivals in Rosemont. It’s IceHogs vs. Wolves.

Here’s the game schedule for the best-of-5 series:

This marks the third time the IceHogs and Wolves will meet in the postseason, having previously battled in 2008 and 2018. The 2008 series was an epic, 7-game series. The 2018 matchup saw the IceHogs sweep the Wolves, but they needed triple-overtime to win the third and final game of the 5-game series. That is still the longest game in IceHogs history (117 minutes and 22 seconds).

This season, the IceHogs and Wolves met 12 times, with seven games decided by just one goal. Rockford went 8-3-1 against the Wolves, including a 5-0-1 record at Allstate Arena in Rosemont.

Arvid Söderblom was terrific in Rockford’s sweep of Texas in their play-in series; he stopped 69 of 70 shots in the two games . His play has improved as the season progressed and he’s definitely in the mix for a spot on the Blackhawks’ roster next year.

We’ve seen all six of the IceHogs defensemen at some point in Chicago, though some more recently than others. Ian Mitchell and Isaak Phillips have developed really good rapport as Rockford’s top pair. Wyatt Kalynuk has a lot to play for heading into RFA this summer. Alec Regula was solid in his action with the Blackhawks this season. And Jakub Galvas is a nice prospect as well. The sixth man on the blue line has been Ryan Stanton, who made his NHL debut with the Hawks during the 2012-13 season.

Nicolas Beaudin was a healthy scratch in both games against Texas, which is intriguing. Last year’s top pick, Nolan Allan, is also available for the IceHogs.

Up front, fans will undoubtedly be watching the top forward prospect in the organization, Lukas Reichel. He set the rookie season points record for the IceHogs this season and scored once against Texas. But his linemate, Michal Teply, is worth watching as well. He’s a creative forward who handles the puck well. We’ll see if Colton Dach, last year’s second-round pick, gets any action. Dach and Allan joined the Hogs recently after their junior seasons ended.