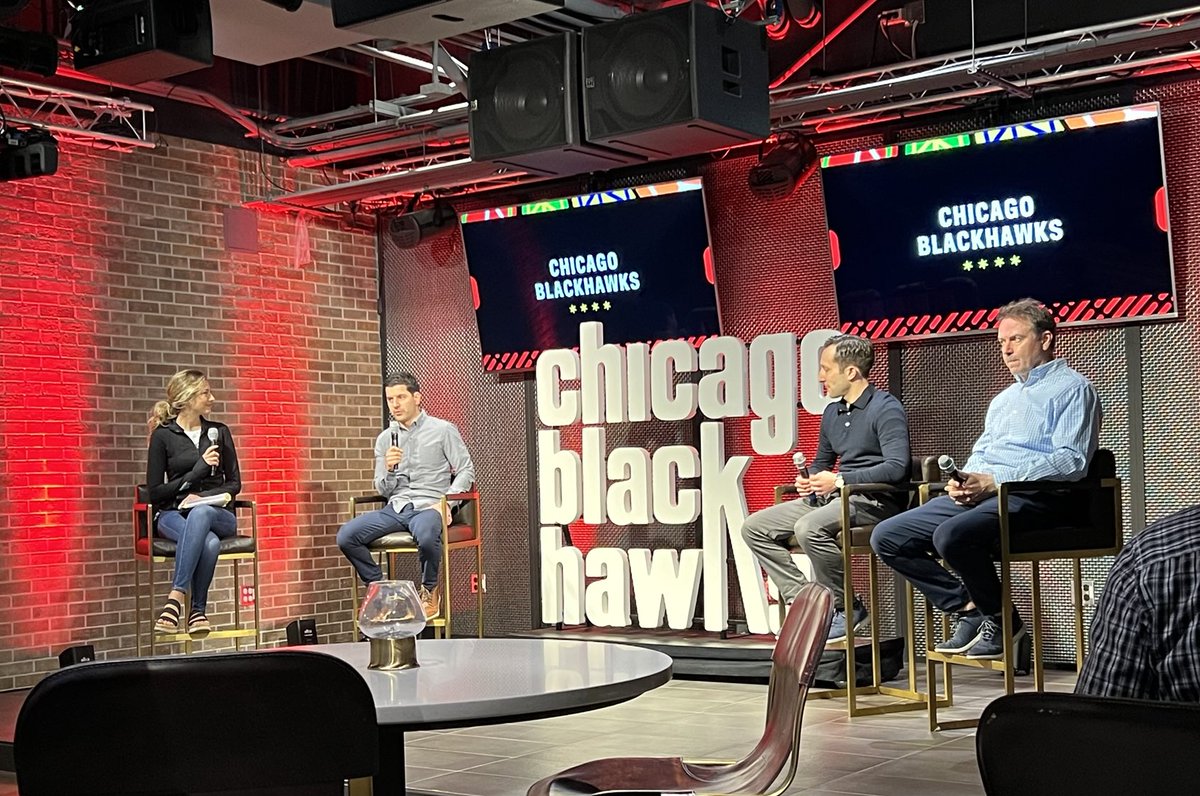 On Monday, the Blackhawks’ front office had a brief introductory conversation in front of a few season ticket holders and members of the media; GM Kyle Davidson and his new front office mates, Jeff Greenberg and Norm Maciver, were in attendance.

One of the topics discussed, of course, was the search for the next head coach at the NHL level. With news on Monday that the Vegas Golden Knights have relieved Pete DeBoer of his duties, there are now at least two notable, veteran NHL coaches available.

We asked fans on Twitter what their reaction would be if the Hawks hired DeBoer.

Easy Monday poll question:
Would you be in favor of the #Blackhawks hiring Pete DeBoer as the next head coach?

Davidson was asked pointedly about his coaching search, both in the on-stage session and when he was speaking with the media.

The Blackhawks are in the process of building the profile of the coach they want in the role; they are not sprinting to interview or hire someone. So while Barry Trotz and DeBoer are available at this moment — and the Islanders have already announced Lane Lambert as their new head coach Monday — the Hawks’ brass is not worried about or feeling pressure from the other open jobs or potentially open jobs around the NHL.

Davidson said he would imagine the coaching search could bleed into July, when the draft and free agency hit the calendar. They have not started interviewing candidates.

Maciver, who was with the Blackhawks all the way back in 2008, did say he believes the team on the ice can take some of its identity from the person behind the bench. Which is obviously something Hawks fans can relate to given what we saw with Joel Quenneville leading the team to three championships.

All three members of the front office refused to say that they’re leaning towards an older, experienced coach or a younger coach. They’re focused on building a collection of the traits they want in the person and the scheme they want executed on the ice; they will then identify a list of individuals they feel can lead the Blackhawks into the future they are trying to more clearly define.

Davidson did — again — confirm that Derek King will be in the mix when they open the interview process. He also indicated that Brian Campbell will be part of the committee evaluating candidates with himself, Maciver and Greenberg.