Stanley Cup Playoffs Preview: A Blackhawks Fan Guide to the Second Round
Search
Skip to content

The conference semifinals in the Stanley Cup Playoffs begin this evening with a couple terrific games. We’ve got the Florida rivalry starting the second round and then two division opponents of the Blackhawks, the Blues and Avs, facing off in Denver.

For Blackhawks fans, this is an unfortunately quiet part of the hockey season this year. It can be fun to watch games without a rooting interest, however. And there are some really good teams left in these playoffs right now.

So here’s a preview of the second round of the playoffs from a Blackhawks fan perspective. 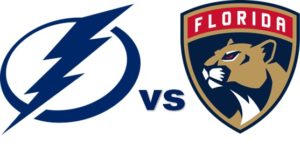 X-Factor: Brunette is in his first season as a head coach (yes, he’s still the interim). On the other side, Jon Cooper has won back-to-back Stanley Cup championships. Can Brunette compete with one of the better coaches in the game? Because the roster the Panthers have given him is as good (better?) than anyone they’ll face. The Panthers won the Presidents’ Trophy with the league’s best record this year. 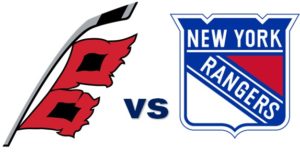 Ex-Hawk Edge: Rangers — Panarin and Teravainen are two of the players Blackhawks lose the most sleep over being in a different city. Still. But, for us, the edge goes to the Rangers because Motte has become a terrific role player in a bottom-six role; the Rangers made a great deal to add him at the deadline. Carolina is hoping Raanta returns to a backup role early in this series.

X-Factor: Alexis Lafrenière was the No. 1 overall pick in the 2020 NHL Draft and, for some Rangers fans, has been underwhelming thus far in his NHL Career. But he was really good against Pittsburgh and could take another step in this series.

Ex-Hawk Edge: Blues — Talk about a gut punch! Two former Cup-winning Blackhawks wearing the Blues’ sweater in the second round of the playoffs. Maybe it’s a good thing Colorado has zero former Hawks on the roster?

X-Factor: If you haven’t seen him play yet, shame on you. But the X-Factor in this series is Cale Makar. He’s a good bet to win the Norris Trophy this year (though Roman Josi has a strong argument) and he’s the most dynamic defensemen in the game. Colorado swept Nashville in the first round, so they’ll be well rested waiting for the Blues to arrive in Denver on Tuesday night.

Ex-Hawk Edge: Oilers — the Blackhawks could wind up with the Oilers’ second-round pick in the 2022 NHL Draft if the Oilers can make a run here, so we could/should be cheering for Keith to get big minutes. He’ll need to play better than he did against the Kings, however.

X-Factor: Connor McDavid is the best player on the planet. And he played like it in the last series against Los Angeles. Calgary was the best team in the division but McDavid is establishing his postseason authority this year.