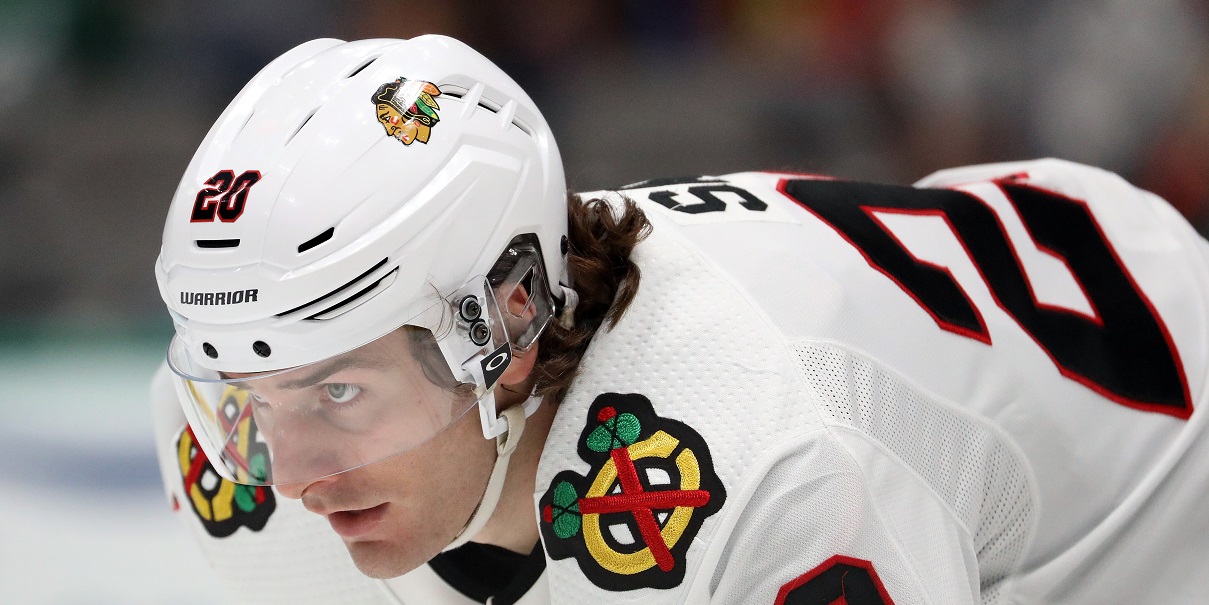 Every Friday this summer we’ve been looking back at trade trees that helped build the current and future Blackhawks rosters. This week, sadly, we take a look back at a trade tree that includes a couple tough blows to the franchise along the way but that still could pay dividends in the future.

Why this week? Yesterday — June 22 — was the fifth anniversary of one of the harder trades for fans to justify in recent Blackhawks history. But there is still a chance that the long, winding road of Saad’s relationship and trade tree could help Chicago down the road. And this coming week is another anniversary of a trade on the Saad Trade Tree.

And the trade tree begins almost three years before Saad was even drafted. Strap in, because this one’s gonna get crazy.

Lang played one season in Chicago and was moved to Toronto.

Yeah, this deal didn’t mean anything to Blackhawks fans at the time, but it was a relatively big deal to get Stralman to Toronto.

So here’s where things start going off the rails. The Blackhawks traded Toronto a second-round pick that was originally their back to the Leafs for two second-round picks the following year. Why did the Leafs want this pick back? Because they were terrible at the time, and were trying to dramatically change the trajectory of their franchise.

The second-round pick that originally belonged to Calgary in 2011 that was traded to Toronto and then subsequently traded to Chicago in the afterthought deal that was a precursor for the Phil Kessel trade became Brandon Saad.

Between the 2011-12 season and 2015, Saad was a big part of two Stanley Cup championship teams. He was billed as “Marian Hossa Jr.” and was strong all over the ice, though he did spend some time in the AHL during the NHL lockout that delayed the start of the 2012-13 season.

But the good times weren’t going to last because of the Blackhawks’ salary cap issues, and Saad’s pricetag and age made him an attractive player for other organizations (sound familiar, Alex DeBrincat fans?).

We’ll start at the bottom. Golyshev never appeared in the NHL. That pick was a waste, but we’ll get back to him in a minute…

Fans loved some of the hype around Dano, but he was another in a long line of Stan Bowman’s attempts at turning a former high draft pick into a winner in Chicago that simply didn’t work. The Blackhawks knew Morin; he was drafted by Chicago years earlier. The real win in the trade for Chicago was Anisimov, who was a serviceable center.

The fact that Saad and Paliotta — the two picks that were acquired in the deal from Toronto that helped them make the Kessel trade — were traded together puts a nice bow on that trade. For now…

We interrupt this ridiculous trade tree for a quick branch from Golyshev. No, he didn’t play in an NHL game. But the Blackhawks still turned that into something that is still influencing their NHL roster today.

Luypen is still playing well in the Memorial Cup for the Edmonton Oil Kings and might have a bright future with the organization despite being a seventh-round pick. Stillman has been a nice defenseman thus far and Borgström is another Bowman reclamation project that is TBD. Connolly is a waste of cap space.

But this shows how an afterthought fourth-round pick in a more significant trade could become a player who never played in the NHL, but two trades later has three players on the Blackhawks’ payroll and a talented prospect in the organization.

Back to the trunk

Well that sucks. Saad came back for three underwhelming years while Panarin was exciting in Columbus and then got the bag from the New York Rangers. The Blackhawks traded Panarin because they couldn’t afford a third $10+ million contract on their books and already had Patrick Kane and Jonathan Toews in that territory. Panarin had incredible chemistry with Kaner and is still a special player.

Motte wound up a teammate of Panarin’s with the Rangers this spring after a deadline deal and has become a really nice player.

Lindholm played 16 games for Rockford before going back to Russia. Zadorov was a big body on the blue line that didn’t fit — another hallmark of the final half-decade of Bowman’s tenure.

So there’s still a pick coming from Zadorov that we’ll see in play this summer.

Smith was limited by injuries and retired.

Ess just finished his fifth year at Wisconsin and signed overseas. Jackman never appeared in a game for Chicago or Rockford.

So we started with Robert Lang and wound up where?

The current assets in the Blackhawks organization from the Brandon Saad Trade Tree are Henrik Borgström, Riley Stillman, Brett Connolly, Jalen Luypen and a third-round pick in 2022.

Along the way, the Blackhawks won two championships with Saad as an integral player. The trades involved in this tree landed Phil Kessel in Toronto and Artemi Panarin (ultimately) in New York. That’s some heavy lifting that even I didn’t consider when starting this tree.